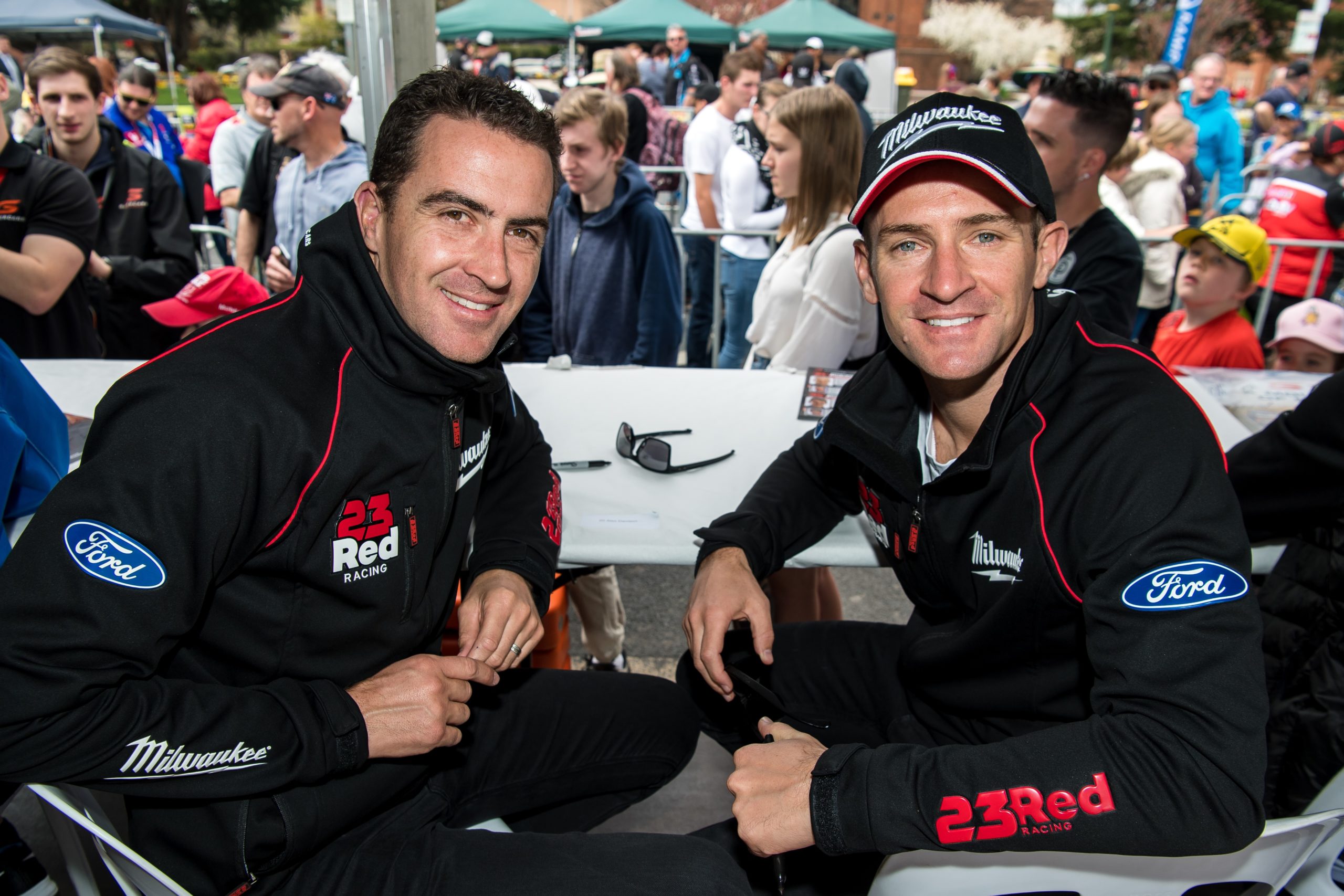 Alex Davison (left) and younger brother Will at the 2018 Bathurst 1000. Picture: Daniel Kalisz

Alex Davison believes this year will be his best chance yet to win the Bathurst 1000, which he could do so alongside younger brother Will in their fifth start together.

Yesterday the Shell V-Power Racing Team announced what most expected; that Scott McLaughlin would not contest the Great Race.

Earlier this year Davison was confirmed as the team’s designated reserve driver in the event McLaughlin couldn’t compete.

Now the line-up has been finalised with the Davison brothers racing together in the #17 Ford Mustang while Anton De Pasquale will be joined in the #11 by Tony D’Alberto.

Davison has never stood on the podium at the Bathurst 1000. From his 16 starts, his best effort remains a fourth place finish in the chaotic 2014 edition alongside his brother at Erebus Motorsport.

The 41-year-old has thrice driven for Dick Johnson Racing in the Bathurst 1000, finishing ninth in 2006 with Grant Denyer, eighth with Andrew Thompson in 2007, and 10th with James Moffat in 2012.

This year, however, could be Davison’s best bet, joining the team that currently lies second in the teams’ championship.

Asked by Speedcafe.com whether the 2021 edition of the Bathurst 1000 represents his best opportunity to win, Davison replied, “Without a doubt, absolutely.

“Just from the perspective of the quality of the team, the level they’re operating at in every way; there’s no surprise they’ve been so dominant and successful over the last handful of years.

“I’m pretty excited, appreciative, humbled that I get to be part of that this year and get to drive with Dick Johnson Racing again.

“The time I’ve spent with the team throughout the year has highlighted to me the level they’re running at.

“I’ve been in a lot of teams all around the world and I haven’t seen – as far as motor racing teams – a group of people operating so well together before.

“It’s pretty impressive to see on the inside. I’m quite humbled and appreciative to be given the opportunity to be part of that this year.”

Davison admitted he did hedge his bets on McLaughlin’s absence, turning down opportunities with other teams in the hope that the Dick Johnson Racing co-drive might come to fruition.

Ultimately, the allure of being in a seat capable of winning the 161-lapper played a pivotal role in Davison’s decision to hold out and wait.

“I had options available with a guaranteed seat, but they weren’t at the level of DJR,” Davison explained.

“For me, it was worth the risk of potentially not driving should Scott make it back. Fortunately, for me, the risk has paid off.

“It’s the first time ever I’ve been in such a great team operating at the level DJR are operating at. For sure, the best situation Will and I have been in driving together.” 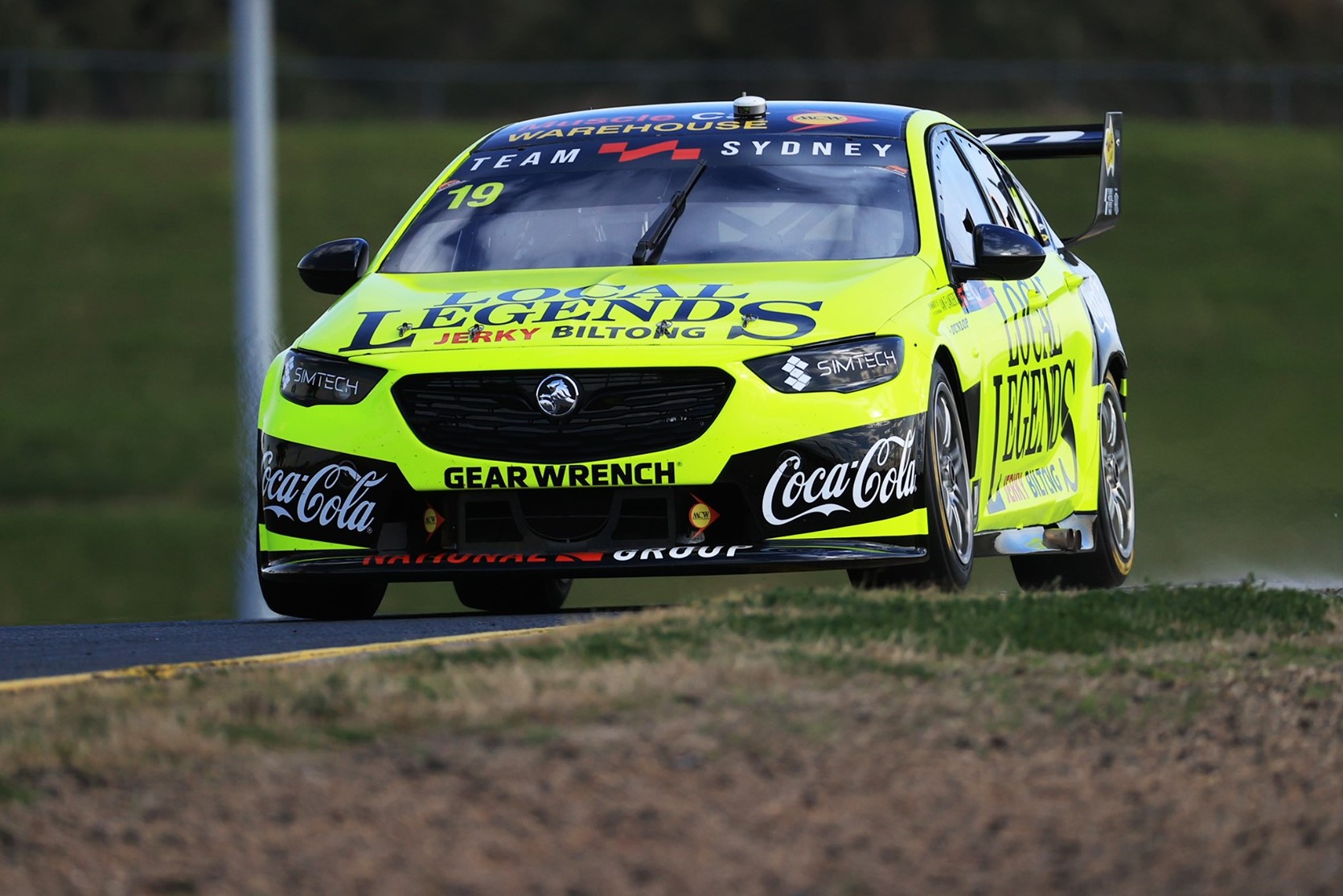 This year will mark the fifth occasion Alex and Will have raced alongside each other.

After their first Great Race together in 2014, the duo paired up again a year later where they would finish 12th.

After a few years apart, the pair would be reunited in 2018 at the now-defunct 23Red Racing, finishing 19th.

Their most recent effort together in 2019, again at 23Red Racing, saw them claim 10th.

“That’s been a positive aspect of my full-time career not continuing. It’s created the opportunity where I’ve been able to share a car with him as a co-driver.

“Throughout our racing careers, we’ve certainly been each other’s biggest supporters. Maybe behind our dad, because he’s a fairly strong supporter of us.

“We do really support each other and get along really well and know each other from a racing perspective.

“Sharing a car together is quite natural. This is the fifth time we’ve done it, so we’re able to slip into the routine reasonably easy.

“I suppose the fact that we’re brothers and the emotional side of it probably amps us up a little bit, but it doesn’t change the way we go about things.

“We both want to do well. We don’t need any more motivation than just wanting to win the race. It’s a bit of an added bonus that we’re brothers.

“To be able to stand on the podium together at Bathurst would be pretty amazing. To do that would be amazing anyway, to do that together is a cherry on top.

“We’ll see. We’ve got a lot of work to do before we think about that sort of stuff. We’re both excited to be sharing a car together.

“With everything that’s gone on in the last two years, with everything from the pandemic and whatever else, it is nice to have something positive to look forward to.

“Hopefully, the world starts going back to normal towards the end of this year and into 2022. This is a nice way to end 2021, that’s for sure.”