Bagnaia thanks Miller for championship help

Bagnaia thanks Miller for championship help 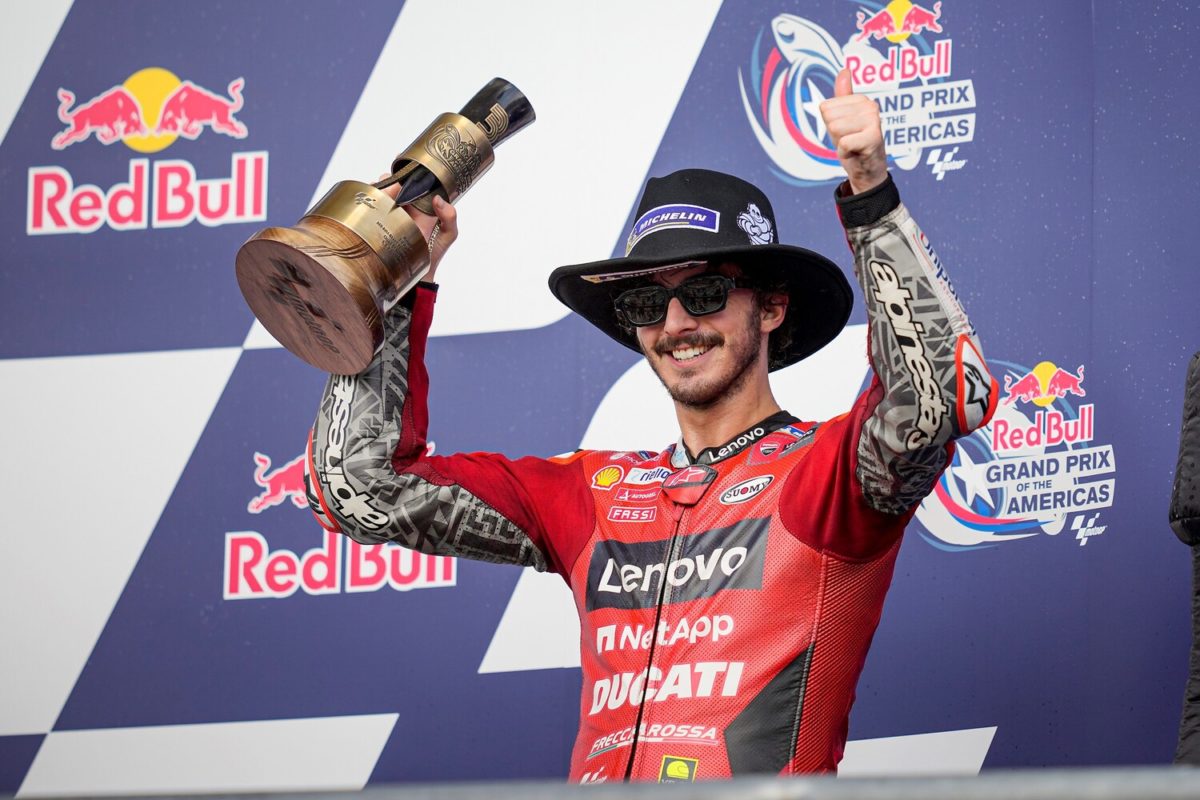 Francesco Bagnaia has thanked factory Ducati team-mate Jack Miller for aiding his championship bid by letting him past in MotoGP’s Grand Prix of the Americas.

With three rounds to go, the Italian is now the only rider who could deny Fabio Quartararo the title, although his chances are remote given the 52-point margin equates to just over two races.

That figure is four points higher than it was when they arrived at the Circuit of The Americas, where the championship leader would finish second and Bagnaia third.

The latter’s cause was not helped by dropping as far back as sixth in the early stages at the Circuit of The Americas, as Quartararo tailed eventual race winner Marc Marquez at the very front of the field.

However, when Bagnaia caught a by-then fading Miller, the Australian did not take long to pull aside as they ran down the hill and hand over fourth position to the other Ducati Lenovo Team entry on Lap 13.

‘Pecco’ would go on to also pass Jorge Martin, claiming a podium which he said was the most he could achieve in Texas.

“I just tried to manage well the first part of the race and then I was seeing that some riders, like Marc or Fabio, were fast,” recounted Bagnaia.

“The other riders were pushing a bit too much with the rear tyre, so I said ‘Just wait a bit, try to set your pace,’ because at the start with some riders in front of you, it is more difficult to brake when you want.

“I was calm at the start and I was seeing that the others were starting to struggle, and then I bettered my pace and I was again on the five-low [2:05s], four-high [2:04s], so that was not so fast like Marc or Fabio, but was enough.

“And I was seeing that the podium was there, so I have also to say thanks to Jack that let me pass.

“He was a bit struggling but he had done great teamwork, so I’m very happy about it, and nothing [ie anything] more than this [podium] was impossible.” 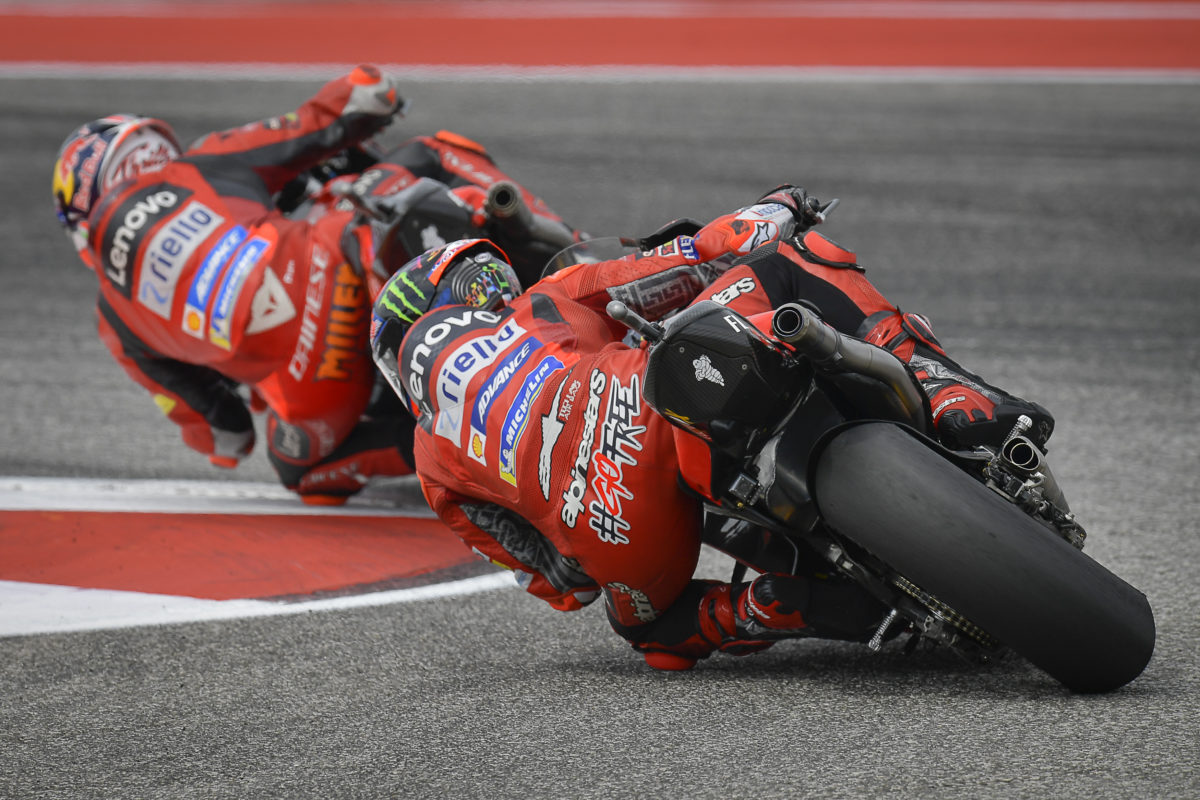 While Miller making Bagnaia’s task relatively easy was hardly surprising in light of recent comments, Martin, who is also contracted directly to Ducati despite riding for Pramac Racing, showed no obvious signs of such cooperation.

The Spanish rookie did cede the position to the factory-entered bike after two laps of pressure, then had to take a long lap penalty for a shortcut anyway.

However, if not for that sanction, Martin says he would have thought about trying to wrest third spot back from Bagnaia.

“I was so close to him but I have this long lap; that’s why I didn’t even try,” said the Michelin Grand Prix of Styria winner.

“For sure, if I didn’t have the long lap, I will try to overtake him back.

“But, you know, he’s also battling for the championship; it will be a bit risky if I try it.”

As for the penalty itself, handed down after Martin cut Turns 4 and 5 when he nearly crashed on Lap 17, the 23-year-old disagreed it was warranted.

He eventually finished fifth, having lost another spot on the final tour due to taking that long lap.

“[I am] satisfied because, before the race, I didn’t expect to be in the top five,” explained Martin.

“But, we started quite well, I was pushing, I was feeling confident, and the pace was actually really, really good.

“But then, I almost highsided. I lose time, but then even they put me [through a] long lap; I think it’s not fair, but rules are like this.”

Miller took the chequered flag three positions behind Martin, but was handed back seventh spot when Joan Mir was penalised for final-lap contact between the two.

Quartararo’s first opportunity to seal the championship is the Emilia Romagna Grand Prix, at Misano, on October 22-24.