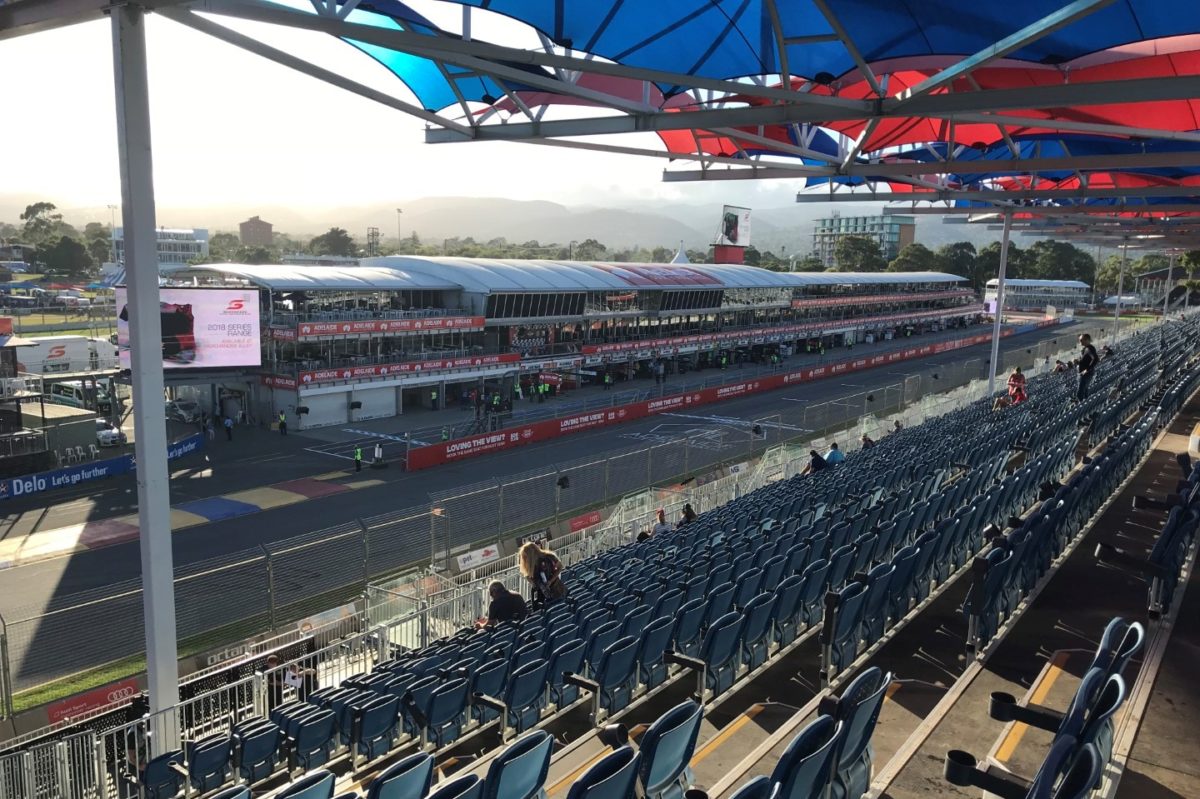 Key infrastructure used for the Adelaide 500, including the pit building, has been put up for sale by the South Australian Tourism Commission.

In what was a major shock, the Supercars Hall of Fame event was axed by the state government late last year, with costs and dwindling crowds cited as reasons.

Already, multiple overpasses have been given to The Bend as part of a sponsorship deal, where they were used for a Supercars event again at May’s OTR SuperSprint.

Now, the pit building, shade structures for various grandstands, and another pedestrian overpass are on sale by tender in lots referred to collectively as ‘Adelaide 500 Relocatable Structures’.

The tender notes read, in part, “MGS Auctions have been instructed to call for tender the following structures on behalf of the South Australian Tourism Commission SATC who are realising surplus assets pertaining to the ‘Adelaide 500’.”

Tenders close on Friday, October 22 at 14:00 local time/14:30 AEDT, with the seven lots specifically described as:

Imagery associated with the tender listing suggests the overpass is that which crossed the track on Wakefield Road, between the Turn 9 hairpin and the parklands section of the circuit. One of the shade structures up for tender. Picture: Vendor via MGS Auctions

The tender is being conducted by Mason Gray Strange (MGS), a locally-based auction house.

Already it has handled the auction of/tender for other Adelaide 500 infrastructure including portable site offices and electrical equipment.

That which has gone to The Bend is a mixture of contra and market transactions, according to Events South Australia executive director Hitaf Rasheed.

“The three overpasses were part of a sponsorship agreement with The Bend, and the remaining assets were sold at market rates to The Bend to support their growth up there,” Rasheed told a parliamentary Budget and Finance Committee last month.

State Opposition Leader Peter Malinauskas has promised that a re-elected Labor government would revive the Adelaide 500, and signed a memorandum of understanding with Supercars last November, days after the event’s axing was announced.

The loss of what had become the traditional Supercars season-opener is not the first time a motorsport event has left the Adelaide Parklands Circuit although the last time that happened, when the state dropped Formula 1, the infrastructure was sold for use at the new home of the Australian Grand Prix, Albert Park. 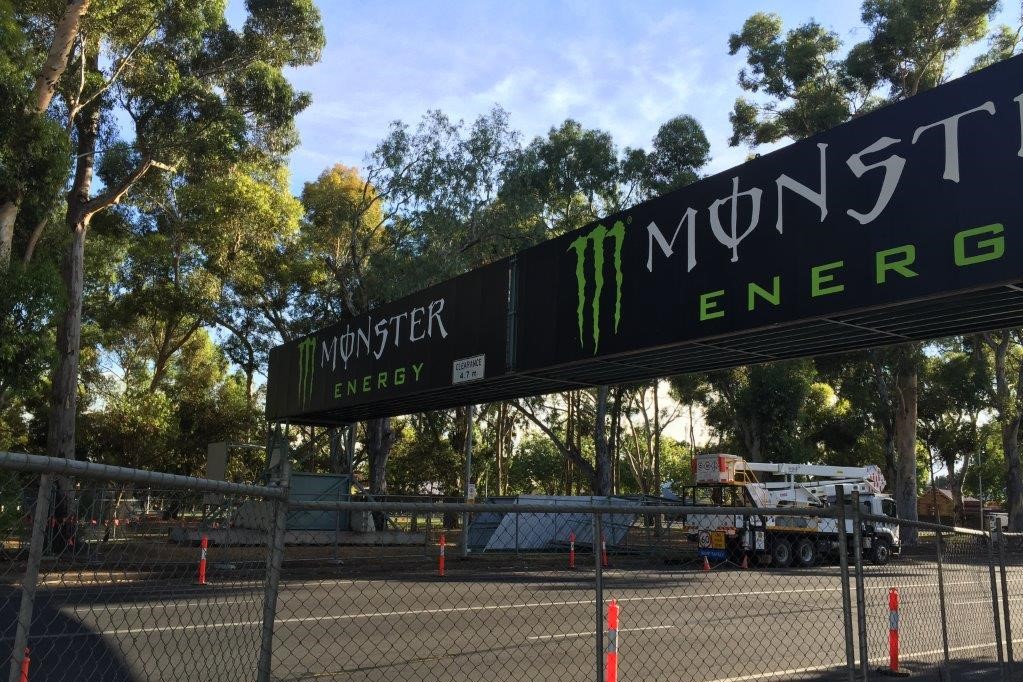 The pedestrian overpass which is currently up for tender. Picture: Vendor via MGS Auctions 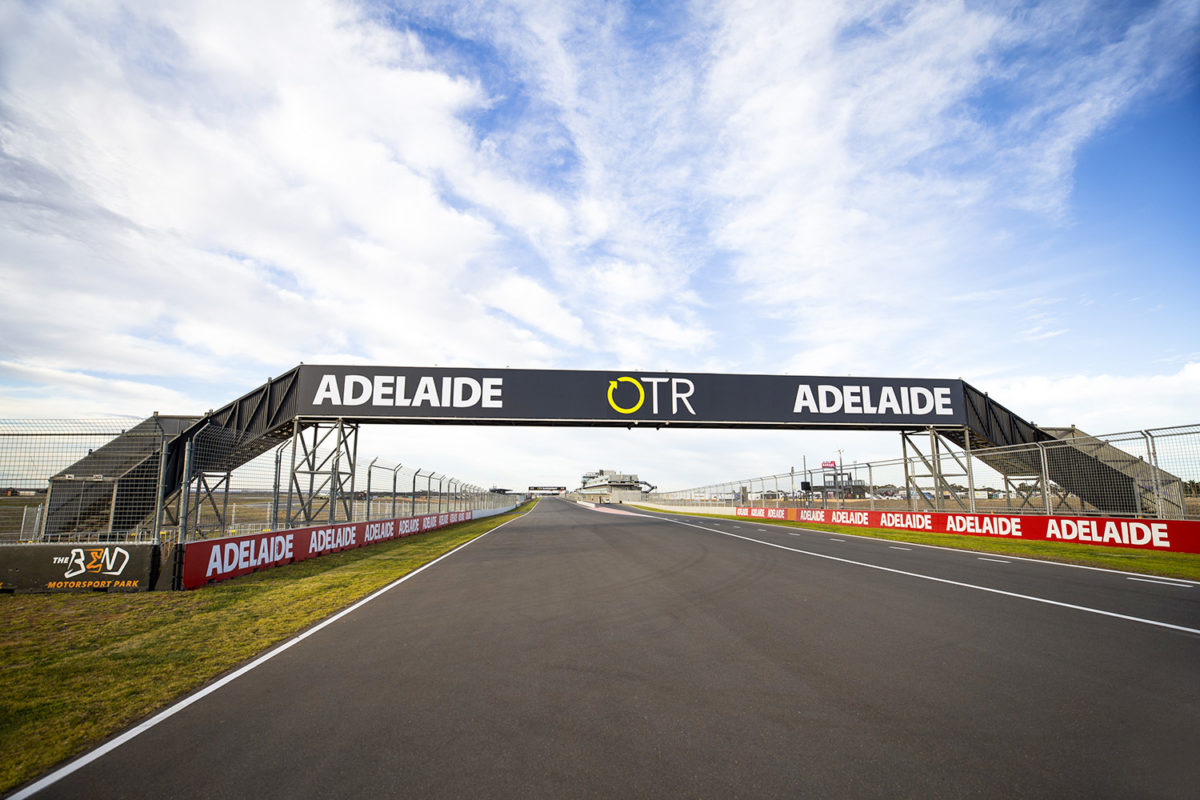