Whincup reveals baby on the way

Whincup reveals baby on the way 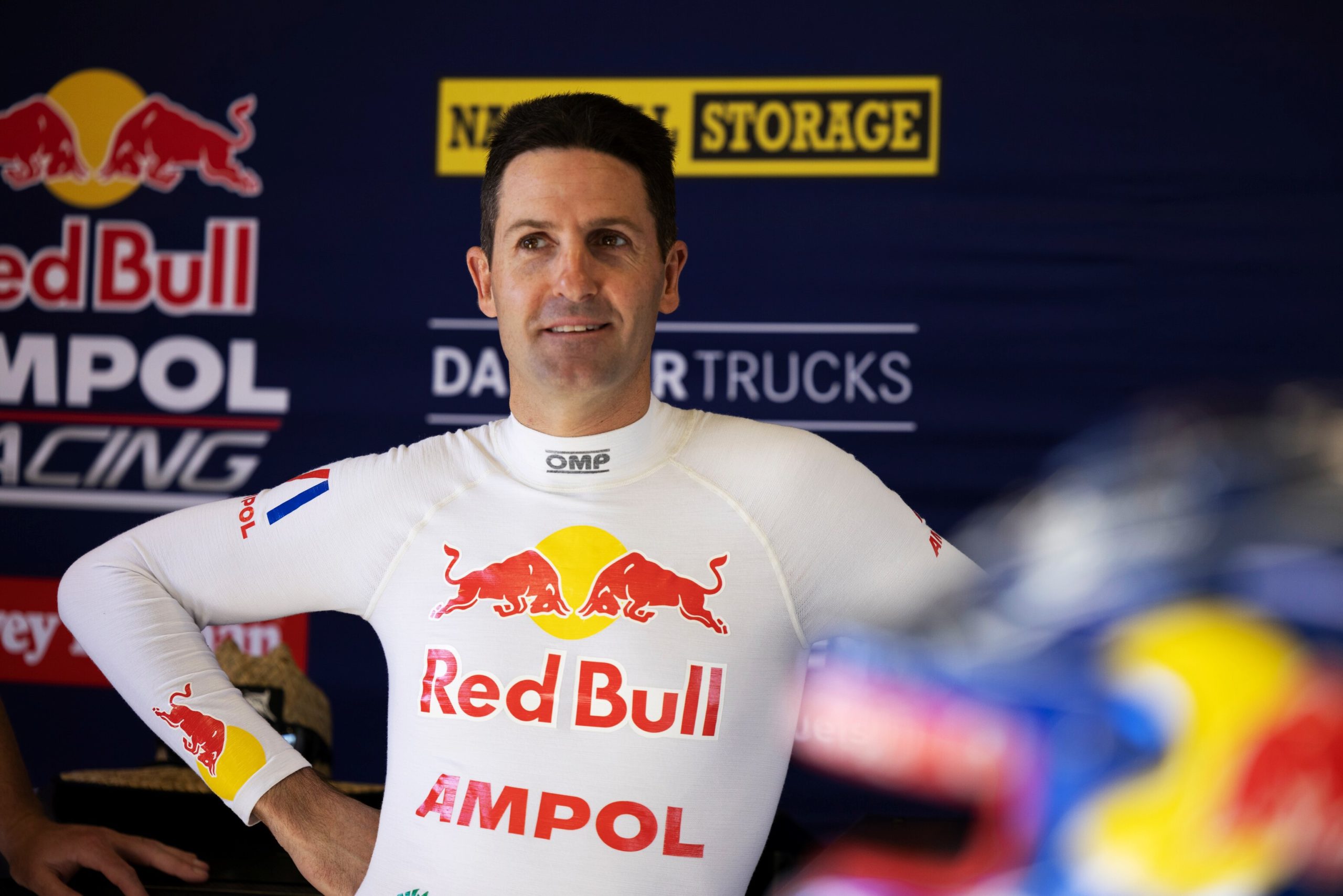 Jamie Whincup has revealed he and his partner are expecting the arrival of their first child in February next year.

Whincup is set to retire at the end of the 2021 season and transition into the role of team principal at Red Bull Ampol Racing in 2022.

Before next season gets underway in earnest on the streets of Newcastle, he’ll have the added workload of a newborn in his new role as ‘dad’.

Whincup said his child is expected to arrive shortly before the season-opener, which takes place across March 4-6.

“I think I always in the back of my mind wanted kids, but the timing was never right,” said Whincup.

“If the timing is right, it’s probably now. Very, very excited to be announcing a first child in February.

“I’m actually thankful I don’t have to qualify two weeks later. I don’t know how all these guys have done it; had kids and raced at the same time. They’re probably a bit more intelligent or a bit smarter than I am. I can only do one thing at a time.

“Finish up at the end of this year, start a family at the start of next year. The timing couldn’t be more perfect.”

Several full-time drivers on the grid are parents, including father of three Mark Winterbottom and father of two James Courtney.

Tim Slade and David Reynolds both have children as does Fabian Coulthard whose partner Becky Lamb gave birth to twins.

For Whincup, dad life will add extra workload to what is expected to be a busy 2022.

The 38-year-old will juggle parenting, his newfound position as team principal, and two car wash businesses.

Add to that, Triple Eight Race Engineering is also expanding its operation with a new facility near its existing Banyo base.

“The reality has sunk in that it’s a huge operation and it’s expanding like you wouldn’t believe at the moment,” he said of Triple Eight.

“There’s so much going on inside T8. It’s actually been a semi blessing in disguise we’ve had a little bit of a break from the racing.

“I’ve stepped over a line a few times trying to do a little bit too much too early and he’s said, ‘Mate, that’s your job for next year, let me do my thing until the end of ‘21 and then you can take the reins in 2022’. It’s just trying to find that balance.”

Supercars is set to resume its season with a quadruple-header at Sydney Motorsport Park, the first of which takes place over October 29-31.