Sprint round for GT World Challenge at Bathurst 1000

Sprint round for GT World Challenge at Bathurst 1000 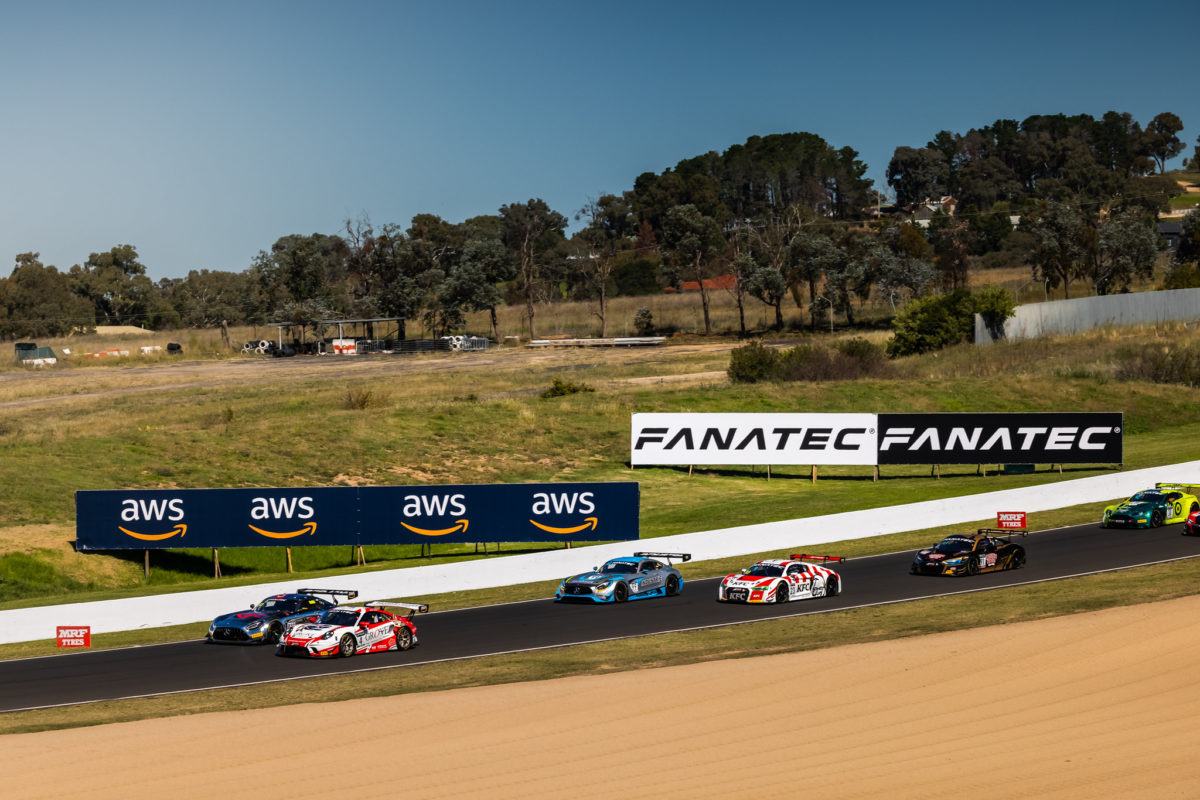 The Fanatec GT World Challenge Australia Powered by AWS round which supports the Great Race will be run to a sprint format, it has been confirmed.

Australian GT’s second visit to Mount Panorama for 2021 was earmarked as a round of the Motorsport Australia Endurance Championship, when it was to have been part of the Supercheap Auto Bathurst International.

However, with that event effectively folded into the Repco Bathurst 1000, the GTs will now run to a sprint format, as was the case when they supported April’s Bathurst 6 Hour.

The change comes amid the cancellation of the Shannons Motorsport Australia Championships events at Sandown in September and The Bend in October, the former of which was to have seen a sprint round and the latter an endurance round.

“We’ve advised the teams that, for various reasons, it could only be a sprint format,” GT World Challenge Australia category administrator Ken Collier told Speedcafe.com.

“It would therefore be the fourth and final round of the Motorsport Australia GT Championship, which we were intending to complete at Sandown – but obviously weren’t able to – and then Tailem Bend was to be the first of the Endurance [championship rounds].

“Obviously we couldn’t get that done either, and even if we did go to Tailem Bend, there was consideration given to it being the one and only endurance round for the year, and Bathurst International – or, now, merged Bathurst event – could have even been a sprint round.

“Because, it was in everyone’s interests that there is a final round of the Australian GT Championship, so given that we haven’t been able to complete it, then the preference so far is that we do complete that championship, and therefore forgo the Endurance Championship for the year.”

Under Motorsport Australia’s Championship and Series Policy, a competition should span at least six rounds across at least four states/territories for titles to be awarded, although the governing body has shown flexibility in that regard during the COVID-19 pandemic.

Thomas Randle was declared last year’s Super2 Series winner despite the 2020 season comprising only three rounds in two different states, and it has been confirmed that the second-tier Supercars title will again be awarded in 2021 despite a five/two split.

The Motorsport Australia GT Championship will be a four/three split once the second Bathurst round is run and won, after Round 1 was held at Victoria’s Phillip Island and Round 3 at South Australia’s The Bend.

Regardless, organisers were eyeing a sprint format at the late-year trip to Mount Panorama, due to the logistical hindrances of borders, and also of trying to hold an endurance race while Supercars has primary use of pit lane.

“It was more about that [border restrictions] than awarding titles, to be honest,” explained Collier.

“It was proving to be logistically impossible to have an endurance round and when it got to the point that the events were being combined, and given that the situation in pit lane where we need to have substantial use of pit lane for a GT endurance race, even that was logistically very difficult.”

Garth Tander and Yasser Shahin lead the Motorsport Australia GT Champion in the top, Pro-Am class after four outright wins and five in class from six races to date.

The former will, however, step aside from the #777 Audi Customer Sport Racing Australia entry for Round 4 in order to concentrate on a bid for a fifth victory in the Great Race when he partners Shane van Gisbergen at Red Bull Ampol Racing.