Sim session for Ricciardo ahead of Turkey

Sim session for Ricciardo ahead of Turkey 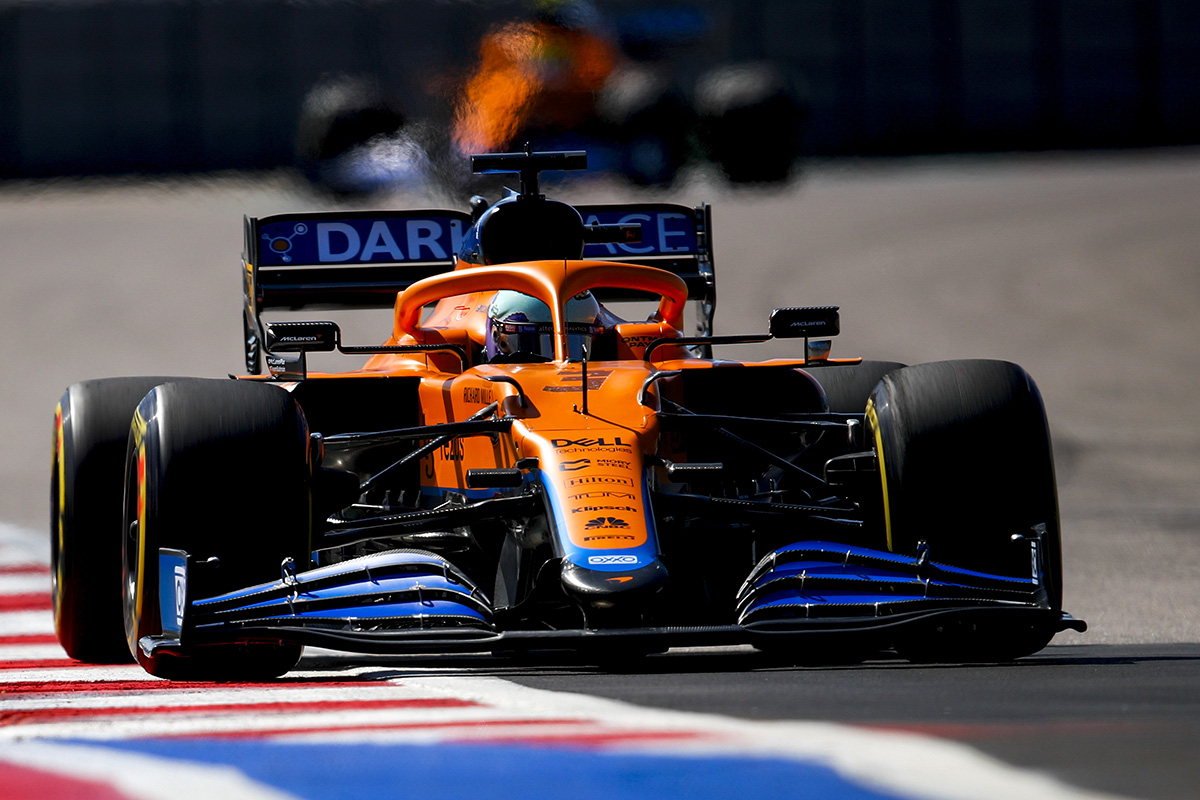 Daniel Ricciardo has spent time in McLaren’s simulator ahead of this weekend’s Formula 1 Turkish Grand Prix.

Since returning from the summer break, the Australian has grown in confidence, having seemingly come to grips with the tricky MCL35M.

Both Ricciardo and his team are in strong form off the back of a one-two result in Monza, while team-mate Lando Norris was unlucky not to win last time out in Russia.

Formula 1 returns to Turkey for the second time in as many years in 2021 after the event dropped off the calendar following the 2011 race.

“Heading back to Turkey,” Ricciardo said.

“It’s a cool circuit which often offers up some great racing.

“We’ve been working hard since the last race to make sure we hit the ground running.

“Given we only went back there last year, we don’t have a huge amount of data on how best to set the car up, so we’ve been doing work in the sim to learn a bit more and allow us to start strong on Friday.”

Lewis Hamilton ultimately charged through to win the race, while Ricciardo finished 10th for Renault.

Carlos Sainz was the best-placed McLaren driver in fifth, ahead of both Red Bulls but behind Ferrari duo of Sebastian Vettel (third) and Charles Leclerc (fourth).

McLaren and Ferrari are split by 17.5 points in the constructors’ championship with seven rounds remaining.

“The fight for third in the constructors’ [championship] is really tight at the moment and we know that every point counts, so we’re doing everything we can to outscore our competitors at every weekend,” Ricciardo said.

“We’ve had a good start to the second half of the season, so we head to Turkey looking to retain and build on that momentum as we approach the final third of the season.”

McLaren has outscored Ferrari in the last two races, helping it transform an 11.5-point deficit into its current advantage.

It’s the second largest margin the British squad has held, having been 19 points clear of its Italian rivals after the Styrian Grand Prix.

“We head to Turkey with the ambition of continuing our strong run in the final third of the season,” said McLaren team principal Andreas Seidl.

“Despite a disappointing finish in Sochi there was a lot to learn and plenty of positives for us to take forward to future grands prix and to build into our preparation for the next race.

“We’re coming to a crucial part of the season, and with the calendar now confirmed through to the end of the year, the challenge ahead of us is now clear,” he added.

“Simply put, we must ensure we are scoring as many points as possible every weekend, to maintain this fight for third in the constructors’ championship.”

Track action in Turkey gets underway on Friday, with opening practice beginning at 19:30 AEDT.