McLaughlin out, Davison in at DJR for Bathurst 1000

McLaughlin out, Davison in at DJR for Bathurst 1000 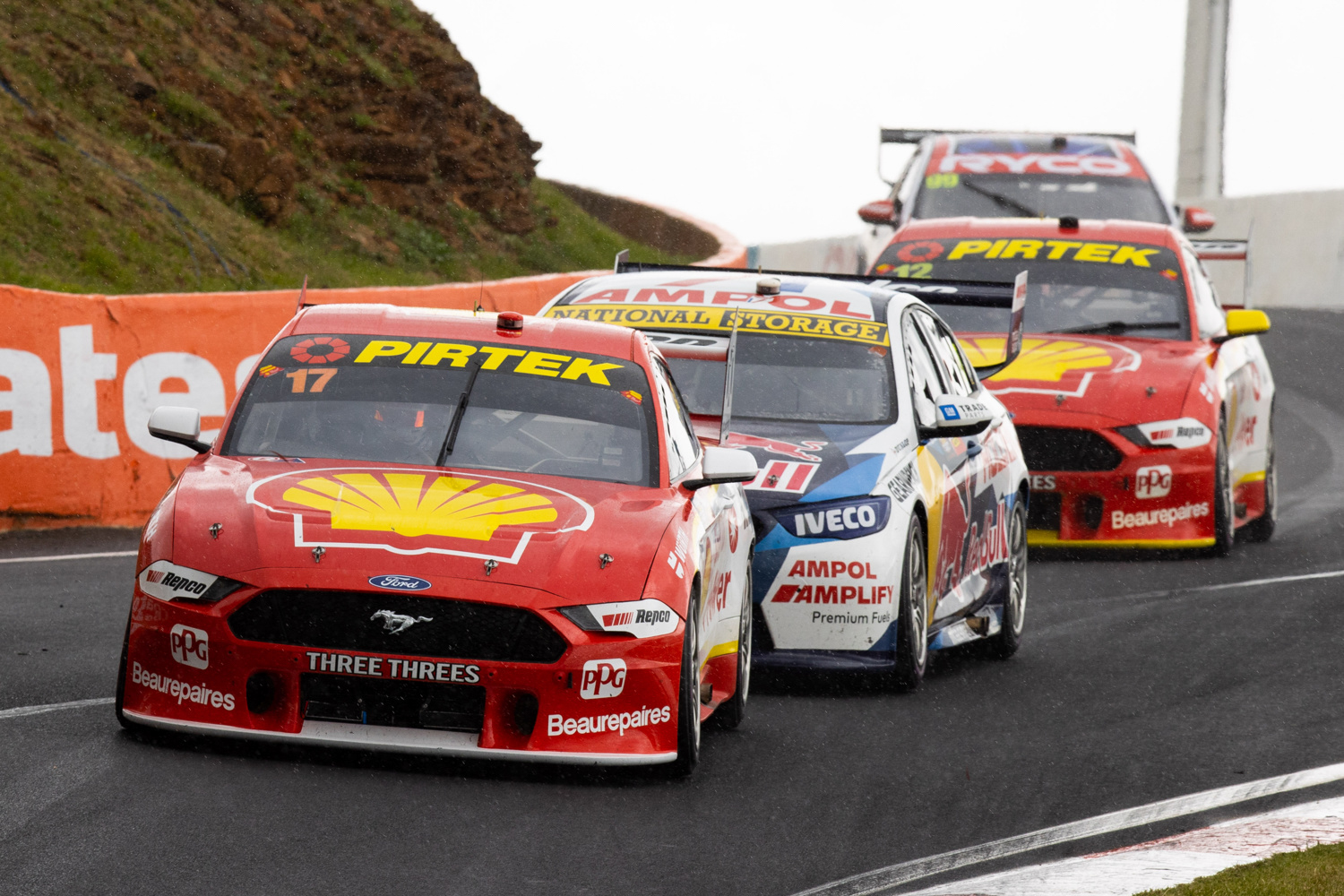 As expected, the three-time Supercars champion will be replaced by Alex Davison, who will partner brother Will Davison in the #17 Ford Mustang.

Dick Johnson Racing cited “government restrictions and quarantine requirements” as a result of the COVID-19 pandemic for McLaughlin’s absence.

In recent weeks, the Kiwi indicated he was unlikely to feature at this year’s Bathurst 1000 due to IndyCar Series commitments with Team Penske as well as travel complications.

The Davison brothers raced alongside one another in 2014 and ‘15 at Erebus Motorsport and then 2018 and ‘19 at the now-defunct 23Red Racing.

The 2021 edition of the 161-lapper will mark the fifth occasion that the pair will contest the Great Race together while it will be the first time De Pasquale and D‘Alberto race alongside each other.

“We knew from the beginning of the season that Scott’s availability to race with us this year would rest on a number of factors, including the ever-evolving COVID-19 pandemic along with the IndyCar schedule. Unfortunately, the timing just hasn’t aligned how we’d hoped,” said Story.

“Alex is a quality driver who has a history with this team, and of course pairing him with his brother makes them a terrific combination for this year’s Great Race.

“He has been spending a lot of time with us here at the workshop, getting to know the cars and the team and learning how we operate.

“Tony has been with the team for a number of years now and has proven himself a fast, reliable and solid codriver. He brings vast experience and will form a great combination with Anton,” said Story.

McLaughlin has contested every Bathurst 1000 since his debut in 2012.

The 28-year-old won the 2019 edition alongside Alex Premat with the then-known DJR Team Penske.

Since his last outing in 2020, McLaughlin hasn’t returned to Australia or his native New Zealand, basing himself in the United States.

“It is disappointing to not be able to travel home and take part in the biggest race on the Australian motorsport calendar,” said McLaughlin.

“It’s something I was looking forward to, but with the prolonged quarantine requirements and Australian COVID-19 restrictions, the timing just hasn’t worked out.

“I was also looking forward to seeing the team, the Supercars supporters, and my family and friends – who I haven’t seen in over 18 months – and putting on a great show at Mount Panorama. Hopefully we can see what 2022 brings.

“I know Alex will do a great job in my place. I’ll certainly be watching from the US and wish the team the best of luck for the season finale.”

The Bathurst 1000 is slated for November 30-December 5 at Mount Panorama.