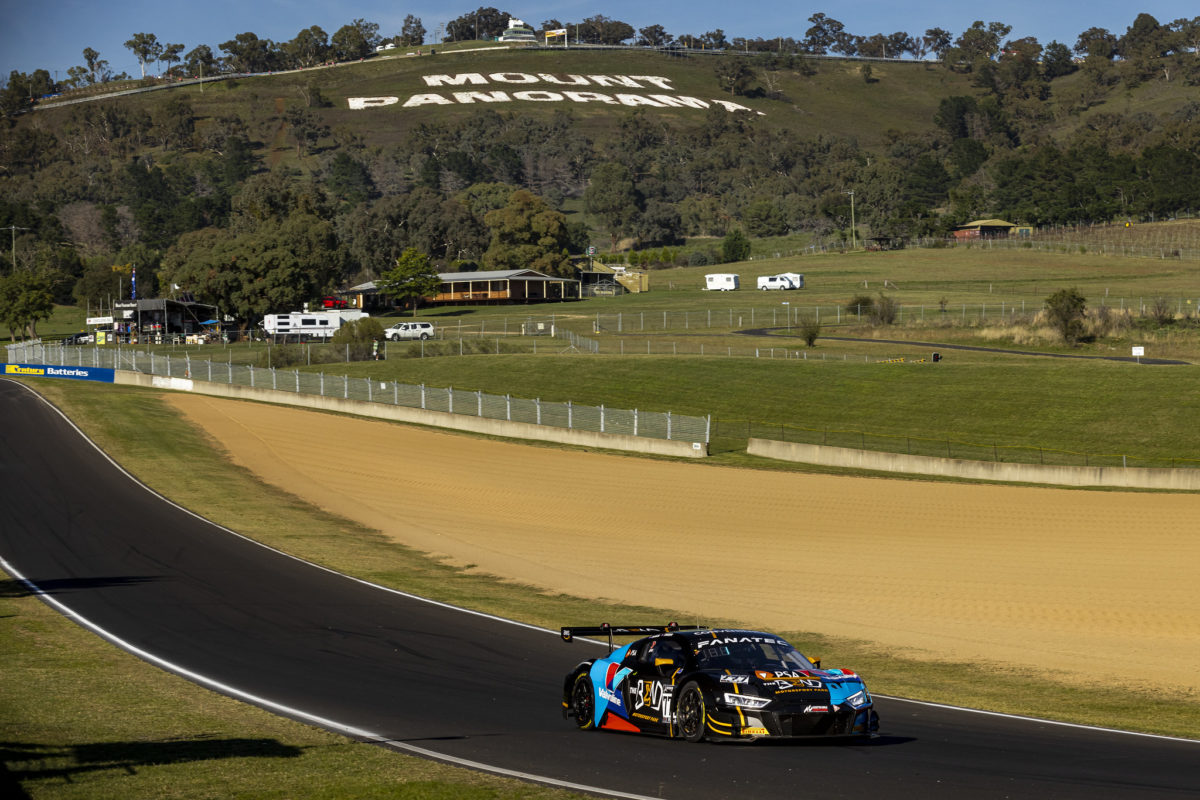 Garth Tander has ruled out double duties at this year’s Repco Bathurst 1000 event and will instead focus on his role as co-driver to Shane van Gisbergen.

Tander shares the lead of the Fanatec GT World Challenge Australia Powered by AWS with Yasser Shahin, whose Audi he has driven in the three rounds held to date, and has also sporadically competed in the Supercheap Auto TCR Australia Series.

He contested both of those at April’s Hi-Tec Oils Bathurst 6 Hour event, both will Audi Sport Customer Racing Australia/Melbourne Performance Centre, taking a win in the R8 LMS GT3 Evo.

However, the man who won the Great Race for a fourth time last year, with van Gisbergen, will fully concentrate on his gig with Red Bull Ampol Racing come this December at Mount Panorama.

Tander cited the difficult in switching between two to three vastly different cars as the reason for the call.

“I’m not doing double duty,” Tander said on the Seven Network’s 7th Gear programme, on which he is a pundit.

“I’ve done plenty of double duty race weekends in the TCR car and the GT car and they’re both left-hand drive, both paddle shift, both the same brand of car, and I find that very, very difficult to get right for the first couple of laps.

“So, can you imagine going to Bathurst and driving a left-hand drive, front-wheel drive [TCR-spec RS 3 LMS], paddle shift car, and then the very next session, jumping into a rear-wheel drive, 650hp, sequential gearbox – so, take your hand off the wheel to shift gears – apexing on the walls that you do at Bathurst…

“So, it’s not like you’ve got kerbs and a bit of run-off that, if you get it not quite right, doesn’t really matter.

“If you don’t brush the walls in the right spot at Bathurst, it’s all over.”

The logjam of categories at this year’s Bathurst 1000 event has been created by the cancellation of the 2021 Supercheap Auto Bathurst International, which has largely been folded into the Great Race support card.

Among those to have committed to a Supercars-TCR double are Team 18’s Michael Caruso and Team Sydney’s Dylan O’Keeffe.

Walkinshaw Andretti United’s Chaz Mostert, a primary driver, unlike those aforementioned, leads the Supercheap Auto TCR Australia Series and also races in GT World Challenge Australia but has said he is likely to also confine himself to the 1000 itself.