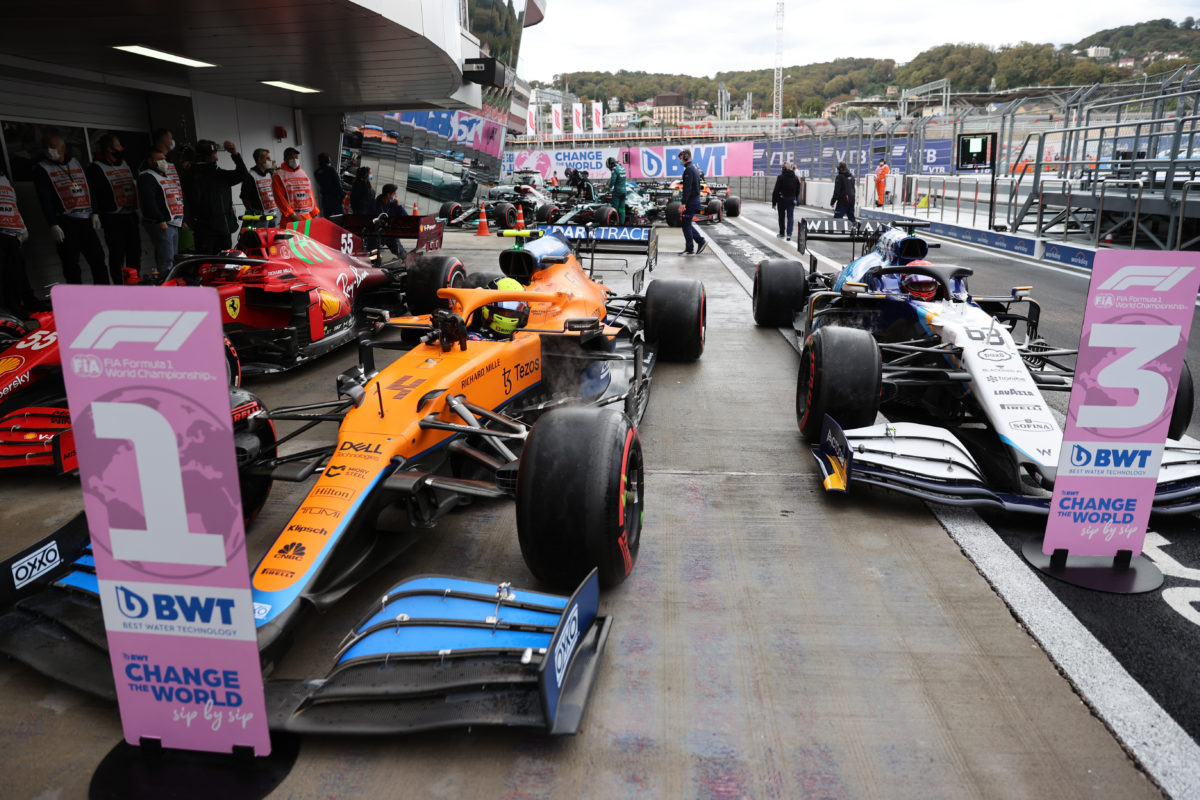 Daniel Ricciardo’s win at the Italian Grand Prix has left McLaren boss Andreas Seidl confident his team has the ability to fight for world championships in future.

McLaren has been in strong form in recent races, scoring a one-two result in Monza before Lando Norris snagged pole position in Russia.

Only rain in the final laps, and a gamble on slick tyres, cost the Brit victory over Lewis Hamilton in Sochi.

While Seidl has conceded the team needs to examine its operational process in managing Norris in the closing laps, he had admitted to being left satisfied with the its performance two weeks earlier.

“I’m not too focused on these individual results to be honest,” the German said.

“It was a great day for the team [in Monza], I mean we all live for these moments of joy and emotions that you get from such a race win, that’s why we wake up in the morning because we want to win races in the end.

“But at the same time my focus is the focus of the team, to simply keep moving forward.

“In the end you want to get to a position to fight for race wins at every track and to fight for championships again in the in the future.”

The Italian Grand Prix, for Seidl, afforded the opportunity to see his crew perform under intense pressure.

While Ricciardo and Norris delivered on track, the McLaren team principal pointed out they were well supported in pit lane.

“The most pleasing thing for me was to see that actually, with the pressure, knowing we had a competitive car, pressure coming from three race weekends where we didn’t score good points, that the team actually delivered under this pressure,” he said.

“That gives me confidence seeing that we have a lot of ingredients already in place within the team that are important once we get to a point that we fight with Red Bull or Mercedes and every race weekend. That was very good to see.

“We had a reliable car, a competitive car, fastest race lap, quickest pitstop under really a lot of pressure, knowing that this was crucial to stay ahead and be instead in position to fight for the win.

“In the end it was down there, on this specific track, to win on merit and that was great to see.”

McLaren sits third in the constructors’ championship with 234 points, 163 away from class leaders Mercedes.

It is now 17.5 points clear of fourth-best Ferrari, with which it has been locked in battle throughout the 2021 season, a near 30-point swing since the Dutch Grand Prix when McLaren was trailing by 12 points.

The two squads have been separated by less than 20 points all season.

The 2021 season continues with the Turkish Grand Prix, with opening practice on Friday from 19:30 AEDT.