Mir was waiting for angry Miller on cool down lap

Mir was waiting for angry Miller on cool down lap 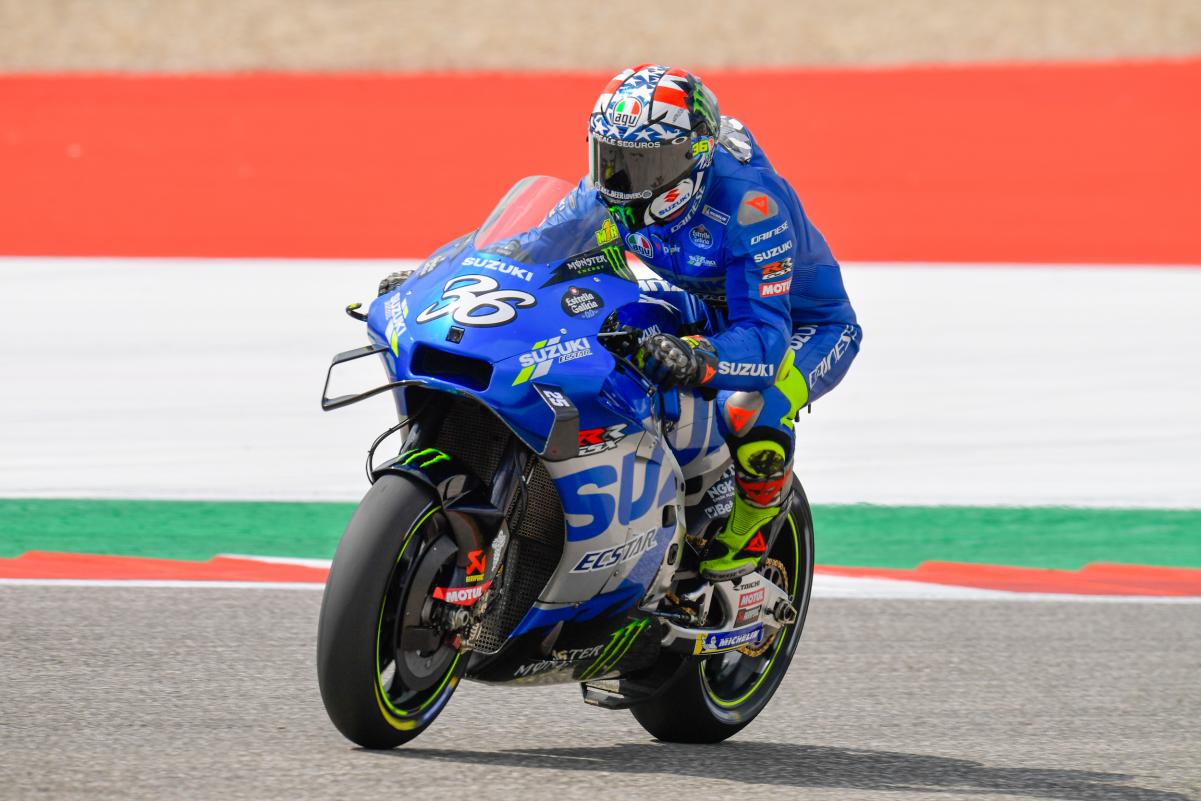 Joan Mir says he expected Jack Miller to be angry after their last lap-contact in MotoGP’s Grand Prix of the Americas, but disagrees with the penalty he received.

Mir hit the Queenslander at Turn 15 when he put his Suzuki down the inside of the Ducati in a bid to grab sixth position, a clash which saw Enea Bastianini ride past both of them.

It got worse for the Spaniard after he took the chequered flag in seventh, slapped with a one-position penalty for ‘irresponsible riding’ which put him back behind Miller anyway.

Between the finish and the issuing of that sanction, the two were seen in a confrontation on the side of the circuit on the cool down lap, something which Mir had anticipated and waited for.

“I stopped on the straight and I was waiting on him to come and blame me,” he laughed.

“He was threatening me and doing some things, but when you say things in this hot situation, I can’t understand.

“I think Jack is a good guy, and if he was me, I would be angry too, so I don’t have anything to say about him.

“He was just saying ‘see you in the next one,’ or something like this; Australian-style.

“I’ve got completely nothing to say about Jack because he’s always respectful in the race. He’s always been a good rival, and I’m sorry for the manoeuvre, but I don’t respect the decision from race direction.”

Miller and Mir have history, including a run-in at this year’s Doha Grand Prix, and a fierce battle at the end of the race preceding the Grand Prix of the Americas, namely the San Marino Grand Prix.

The Suzuki rider referred to the former of those races, when Miller went unpunished for contact on the main straight, as he tried to make his case that he should not have been given a penalty this time around.

“If all the races are [officiated] like this, then you just don’t overtake and racing will lose its essence,” asserted Mir.

“I think the stewards weren’t the same ones as were in Qatar [Doha GP], with what happened between me and Jack.

“Those ones were probably on holiday today.”

“First of all, I want apologise because I don’t like to create contact with overtakes; this is the first thing,” said Mir.

“I was struggling a lot to accelerate and I wasn’t able to overtake and he was just a lot slower than me.

“I had to wait on the last laps to prepare something. I did a great manoeuvre in Sector 1, in the chicanes, and I was able to overtake him in a really good way – then we arrived to the straight and he overtook me and just gave me a couple of tenths.

“Then in Turn 16 [Actually Turn 15], it’s a good corner to overtake. I took the inside and he, in the second part of the braking, made a really tight line that I didn’t expect.

“I touched the kerb to avoid the impact, then I touched him a bit and luckily we didn’t crash.”

The penalty made for a two-point swing in the battle for third in the championship, with Mir’s buffer over Miller snipped to 26 points.

Next up is the return to Misano for the Emilia Romagna Grand Prix, on October 22-24.