Mir penalised for hit with Miller

Mir penalised for hit with Miller 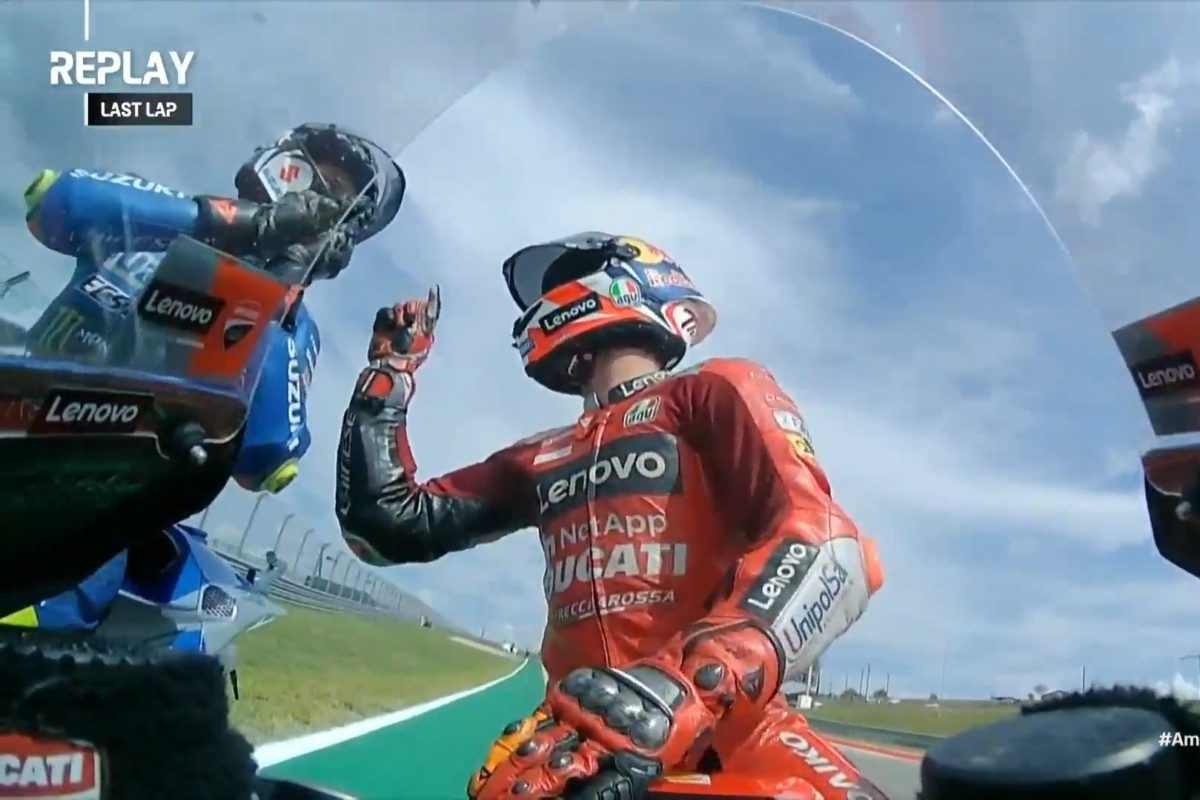 Joan Mir has been penalised one position for contact with Jack Miller on the final lap of MotoGP’s Grand Prix of the Americas.

The sanction means that Mir and Miller swap seventh and eighth positions in the 15th race of the season, at the Circuit of The Americas.

The Suzuki rider had dived at #43 at Turn 15 in a late battle for sixth position, with the hit taking both wide and allowing Enea Bastianini to pinch the spot.

Stewards deemed it ‘irresponsible riding’ on the part of Mir, who has history with Miller.

The Ducati rider was seen expressing his anger at Mir on the cool down lap, after a topsy-turvy weekend.

Miller had vented his fury after what he implied was an issue with one of his tyres after qualifying only 10th, before Michelin suggested it was the rider who was in fact in the wrong for being too slow on his preceding out lap.

The Queenslander charged to as high as fourth in the 20-lap race but was fading when Mir came at him on the final lap.

Miller did at least make life easier for championship-contending team-mate Francesco Bagnaia in his pursuit of a podium, letting the Italian past on Lap 13.