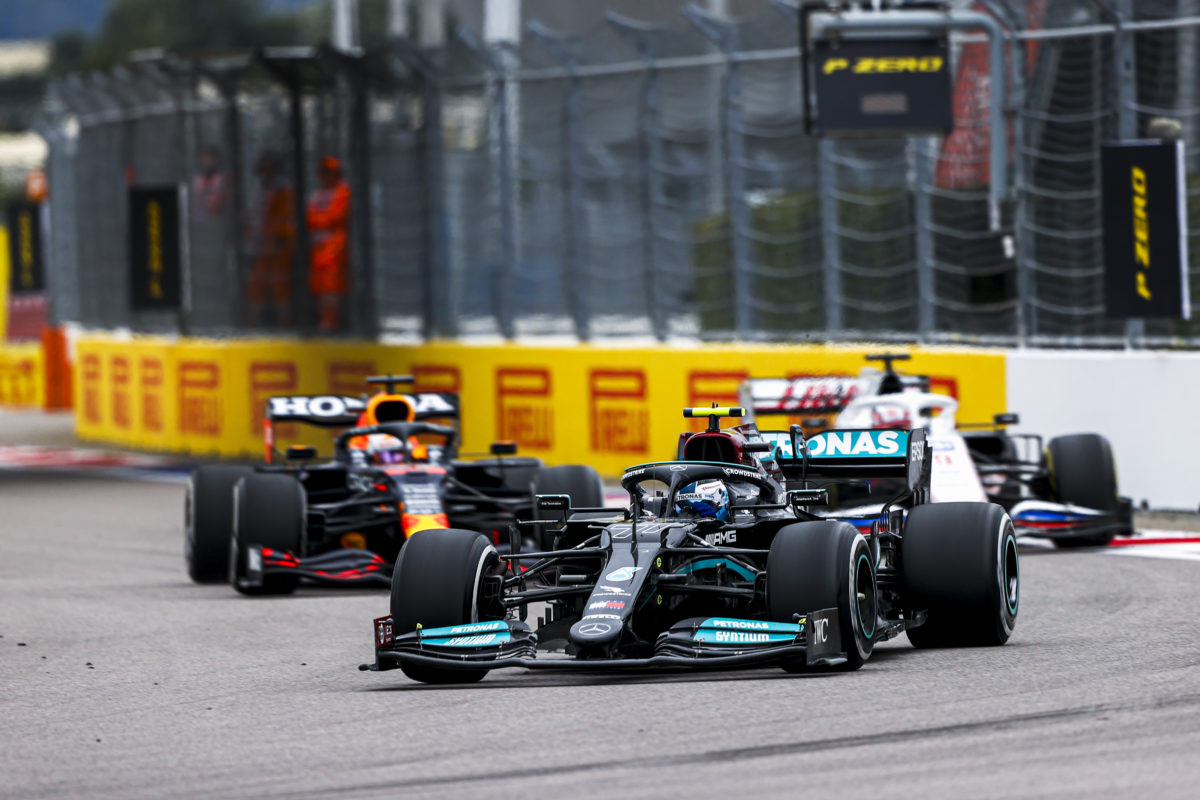 Valtteri Bottas has not been explicitly told he is not allowed to fight for this year’s Formula 1 world championship.

The Finn lies third in the championship standings, 96 points down on his Mercedes team-mate, Lewis Hamilton, with seven rounds remaining.

He therefore remains firmly in mathematical contention, even if his odds of success are long.

In the last two grands prix he has started from the back after power unit changes, rising to third at the Italian Grand Prix and fifth last time out in Russia.

“I think in Formula 1 you just never know how the season progressed,” Bottas explained when asked if he was allowed to fight for the championship or was now in the services of Hamilton.

“There’s still a fair amount of races, so you know, never say never.

“Only thing I will keep doing anyways is try my best and try to win races; try being as consistent as I can [to] bring the points.

“If I’m allowed, I don’t know really, you’d have to ask Toto, but for sure it’s still a reasonable gap in the points and at least earlier on in the season I felt like I wasn’t really any more allowed for the contention.

“But you never know.”

A maximum of 175 points remains for winning the remaining seven races, plus a further seven points for fastest lap, and three for Sprint Qualifying at the Sao Paulo Grand Prix.

There is precedent for a team to keep both drivers in the championship fight.

In 1999, Ferrari switched its effort to Eddie Irvine after Michael Schumacher broke his leg in a crash at the British Grand Prix.

Irvine took the title fight to the final race of the season in Japan, but ultimately fell two points shy of Mika Hakkinen.

“We go race by race,” said the Finn, whose last win came over a year ago at the 2020 Russian Grand Prix.

“Only thing in my mind is winning, you know? That’s all that matters to me.”

Bottas will leave Mercedes at the end of the season, concluding a five-year stint with the squad which has thus far netted four constructors’ world titles.

Mercedes currently leads that competition over Red Bull by 33 points.

Formula 1 is next in action for the Turkish Grand Prix, opening practice for which begins at 19:30 AEDT on Friday.