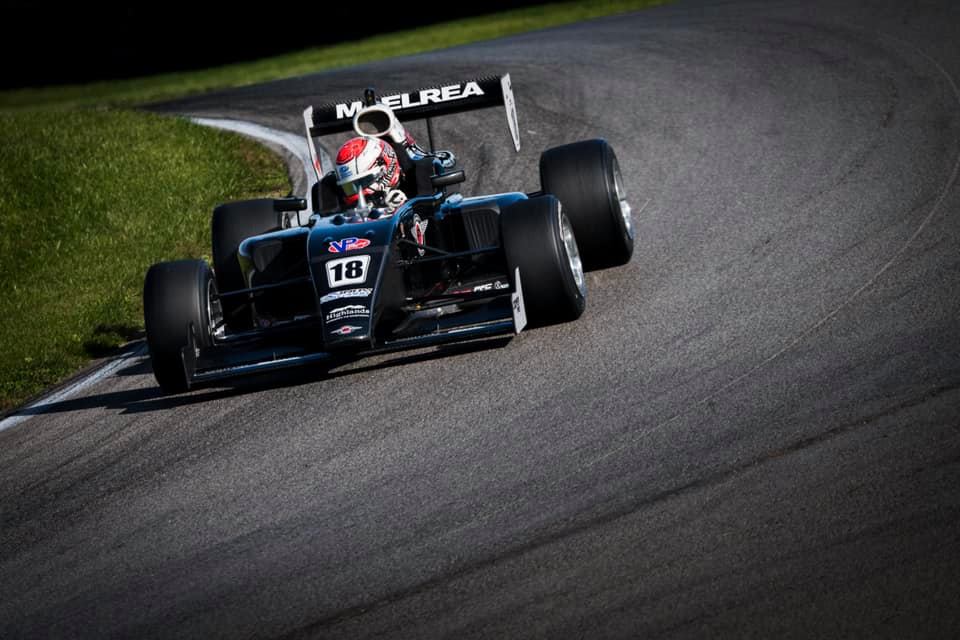 Hunter McElrea has finished third in the 2021 Indy Pro 2000 Championship after finishes of seventh and then sixth in the final event of the season, at Mid-Ohio.

McElrea qualified on pole for the latter of those two races by more than a second and would lead initially on a drying track.

He was passed by Braden Eves at a restart following a Caution period, but it was ultimately James Roe who took victory.

A day earlier, McElrea had to work hard for his seventh position from 10th on the grid, after a balance problem in qualifying.

The Pabst Racing driver nevertheless finished the season with three wins, seven podiums, and five poles, the latter being a high for the field.

Christian Rasmussen won the championship, ahead of Eves.