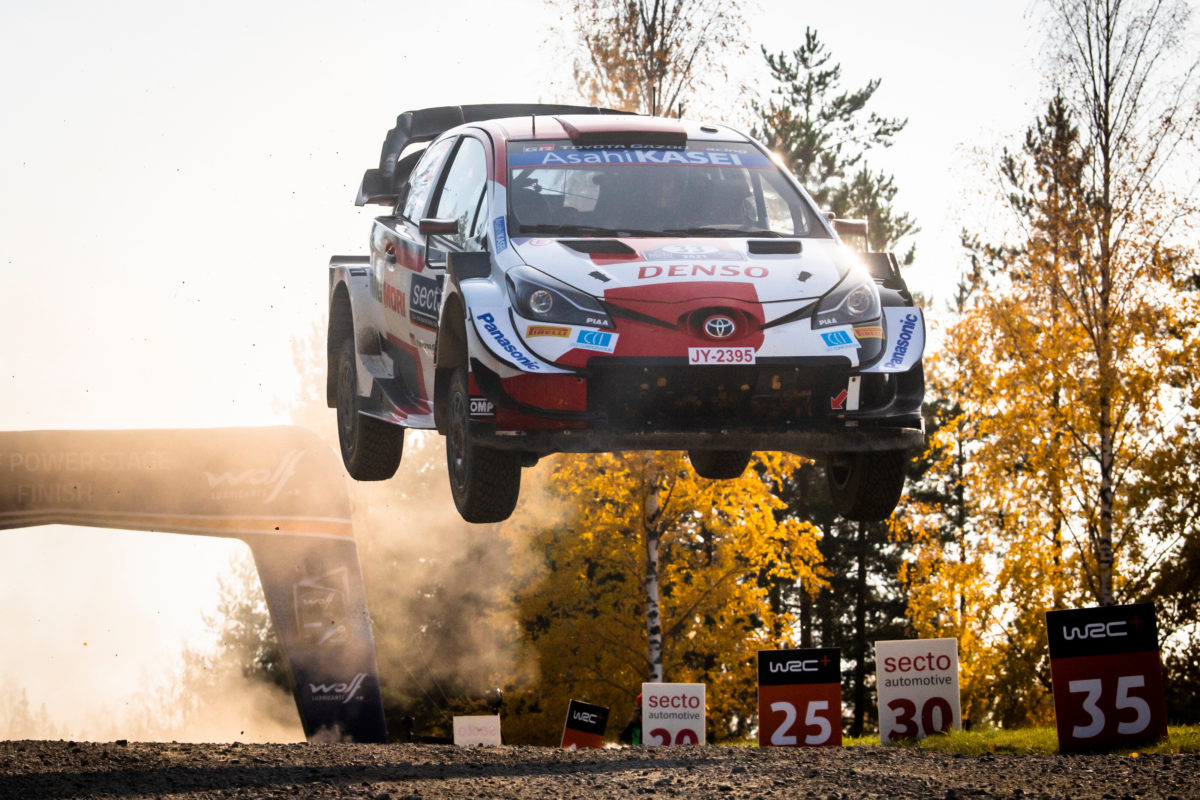 Elfyn Evans has claimed his second win of the 2021 World Rally Championship with success in Rally Finland.

The Toyota driver won the event by 14.1s over the Hyundai-shod Ott Tanak with Craig Breen rounding out the top three.

With Sebastian Ogier only fifth, and Thierry Neuville and Kalle Rovanpera failing to score, the Brit is now just 24 points down in the title standings with two events remaining.

“This one feels good in the way we managed to do it,” said Evans.

“We struggled a lot [on the fast roads] in Estonia and we made some changes to the car in the test and found some confidence early on.

“I always said from the outset the aim was to do the best on each rally we have left. We have to just focus on doing our best in [the next round] in Spain and worry about the rest later.”

Evans ended the opening day only third behind rally leader Breen and Tanak, the trio split by 6.1s after the first six stages.

The Yaris driver then overhauled those ahead to surge to a 9.1s lead after Saturday’s nine stages, easing that out further still on Sunday to take the fifth win of his career.

Heading into the event, Rovanpera had been among the favourites, though the Toyota driver crashed on Stage 10, running into a sand bank.

While he continued in the event, he did so at heavily reduced pace and trailed home in 34th.

He still fared better than Neuville, who failed to finish the event after a water leak cruelled his hopes, in doing so eliminating him from championship contention.

With two rounds remaining, and a maximum of 60 points on offer, the Belgian now finds himself that figure behind leader Ogier.

Even by claiming maximum points for the remainder of the season, and for Ogier to score none, the latter would win the title on countback courtesy of his four rally wins this season. Neuville has just one to his name.

It leaves Evans as the only rival standing between he and an eighth World Rally Championship crown.

Australian Molly Taylor was also in action in Finland, at the wheel of an M-Sport Poland Ford Fiesta Rally3.

Taylor finished the event 20th overall, her first finish in WRC competition in 2021.