Spate of Moto2 crashes made for difficult qualifying for Gardner

Spate of Moto2 crashes made for difficult qualifying for Gardner 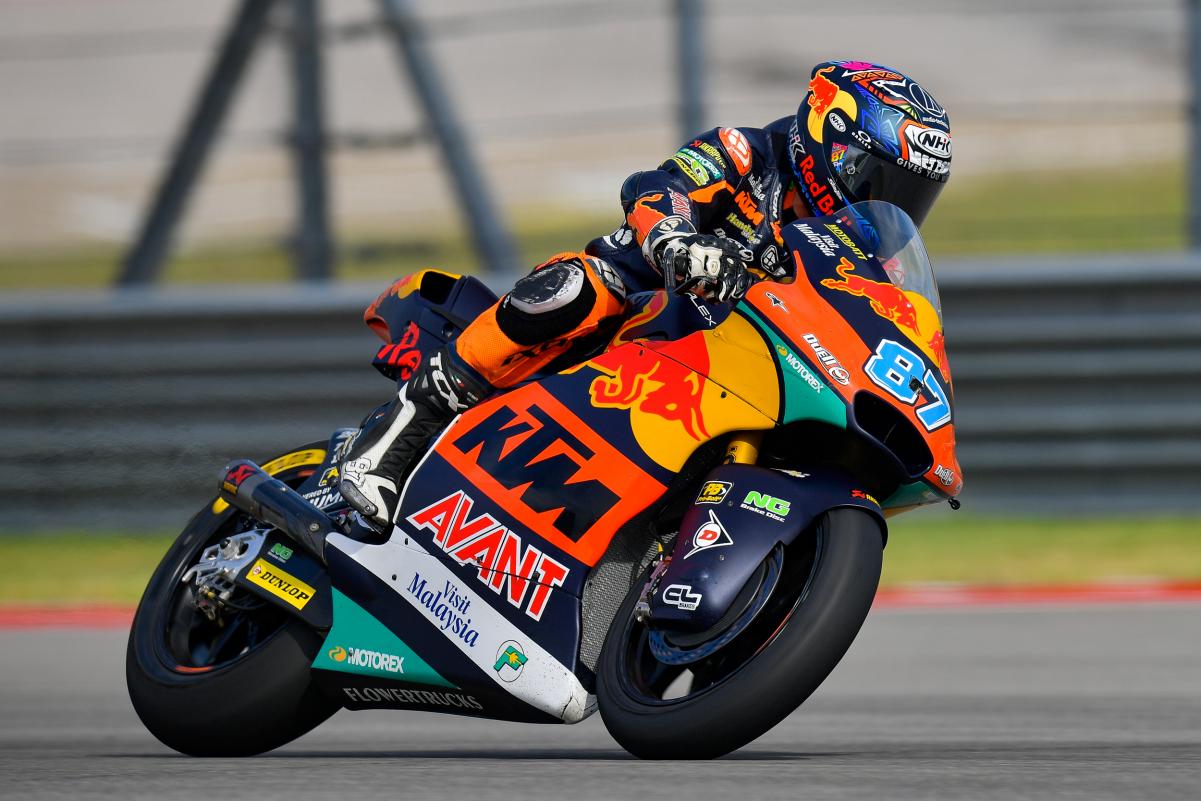 A different qualifying strategy made for a difficult Moto2 qualifying session for front row starter Remy Gardner at the Circuit of The Americas.

The Australian will line up second on the grid for the Grand Prix of the Americas, next to pole-sitting Red Bull KTM Ajo team-mate Raul Fernandez, despite being hamstrung by circumstances largely outside of his control.

A total of 25 laps were cancelled in the 15 minutes that made up Qualifying 2, with most, if not all, of those scrubbed off because they happened to be set by riders transiting through a yellow flag zone.

Three of those cancelled laps belonged to Gardner, including the 2:09.197s which would have been his very fastest and the fairly uncompetitive 2:10.489s which he clocked on his first flyer.

The championship leader was among the last to go out at the start of the session and explained that it had been a deliberate ploy to try and get clear air which did not pay off.

Nevertheless, he was pleased with grabbing the middle berth on the front row of the grid, courtesy of a 2:09.299s on his third flyer when his tyres were past their best.

“We kind of went for a different strategy in the qualifying because me and Raul were quite a bit faster than everyone and it was quite easy to find a bit of traffic in the practices [sessions],” said Gardner.

“So, I had a bit of a different strategy waiting in the box, but the problem with that was I was at the back of the group basically, and everyone was crashing in front and I got yellow flags.

“It kind of distracted me knowing that it would take it out and it was on the third lap that I did the lap and the first two laps are much better with the new tyre.

“But anyway, made it on the front row, that’s what we wanted, and race is tomorrow, so we’ve got good pace and can’t wait.”

To Gardner’s point, he completed a single, six-lap run in Qualifying 2, whereas Fernandez pitted after two flyer and had fresh rubber fitted.

Further illustrating the impact of the yellows, Fernandez’s position improved from seventh to third as he sat in the lane due to lap cancellations, before the rookie came out and charged to a 2:08.979s.

The two KTM Ajo riders have been first and second for much of the weekend to date, even when Gardner clattered into former team-mate Tetsuta Nagashima after the Japanese rider’s moment during Free Practice 2.