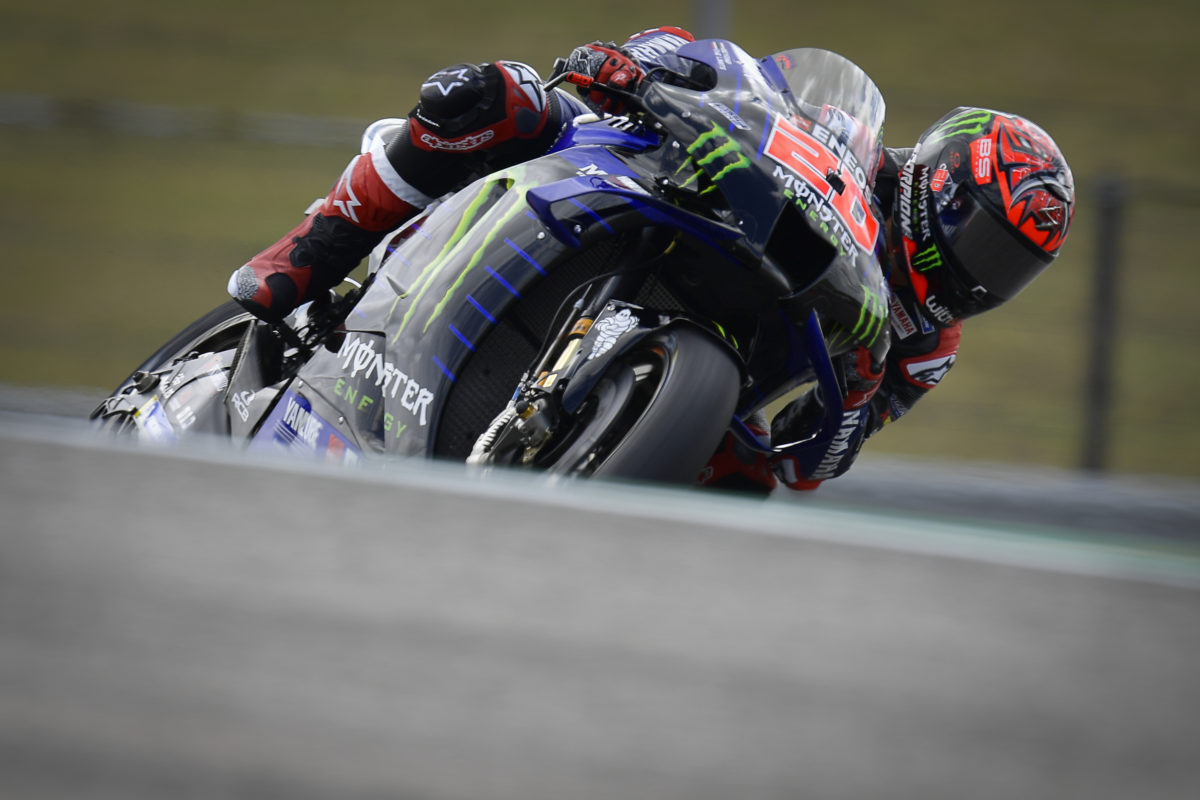 MotoGP riders have agreed that the Circuit of The Americas should be resurfaced or, in the words of Francesco Bagnaia, “it’s better to don’t come again.”

The Texas circuit’s already notorious bumps have become a major talking point at this weekend’s Grand Prix of the Americas, with Fabio Quartararo labelling it “a joke” and Pol Espargaro claiming the surface “wasn’t at MotoGP level”.

Their opinions were hardly isolated, with Aleix Espargaro claiming on Friday afternoon that he would vote in that evening’s Safety Commission meeting to not race on the “very dangerous” track.

While that extreme scenario has not come to pass, the riders have collectively decided that much of COTA’s first two sectors, including the slalom run from Turns 2 to 9 and the Turn 10 sweeper, needs to be resurfaced.

The front row starters in Sunday’s (local time) race were asked about the situation and were united in their stance broadly.

Importantly, while the Safety Commission is designed to give a voice to those who actually have to saddle up and put their bodies on the line, their decision is said to have been supported by MotoGP’s owner, Dorna Sports.

Pole-sitter Francesco Bagnaia recounted, “Yesterday we speak in the Safety Commission but we just decided to ask COTA to resurface from Turn 2 to Turn 11, and if they will not do it, it’s better to don’t come again because it’s too risky.”

Quartararo explained, “From Turn 2 to Turn 10 resurface was agreed by all the riders, and Dorna, of course.”

Bagnaia, Quartararo, and Marc Marquez agreed that the aforementioned section will be particularly risky in the early stages of the race.

That is because the field will be bunched while also carrying high fuel loads, making for a greater mass hitting the bumps.

“For the first lap, I think, if you stay in front, it’s a bit better,” said Bagnaia.

“If you are behind, it’s another story, I think.”

Quartararo, however, suggested that the first sector will be problematic throughout the race.

“Of course, in the first laps, we will see the situation, but will be just the first section, let’s say, that is quite dangerous on the first lap; Sector 1,” noted the Frenchman.

“But then, as soon as you cross Sector 1, [it] is quite fine, so more than the first laps, I think [it] is the first sector [that is actually the problem], but then I think everything is OK.”

Marquez, who qualified third, added, “Yeah, they explain [in] the correct way.

“It’s true that, like Fabio says, first lap, first sector [will be the greatest risk], then later it’s a normal circuit.

“I mean, the bumps are there. If you pass slower, less risk; if you pass faster, more risk.

“But yeah, the fuel tank, all these things in the first laps, affect a lot, and you need to take care.”