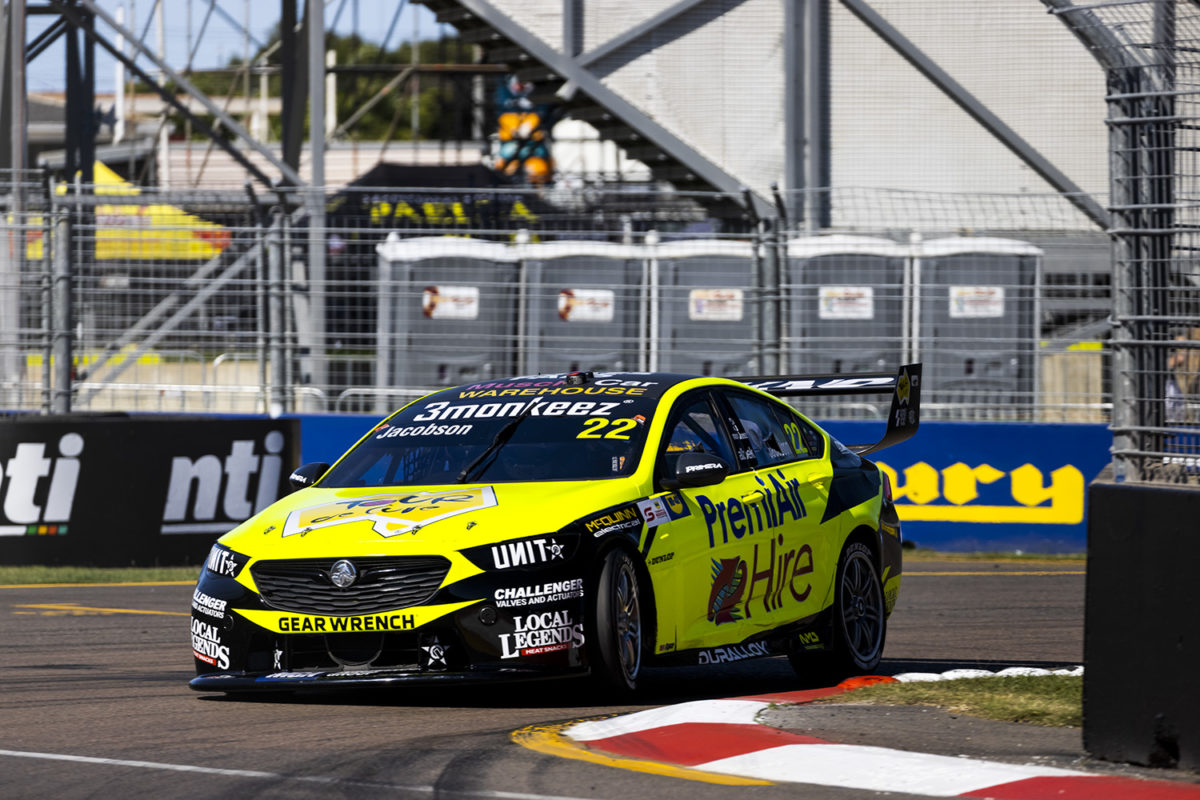 The Townsville SuperSprint was Garry Jacobson’s strongest event of the season to date. Picture: Ross Gibb

Garry Jacobson is toying with a switch to right-foot braking amid an extensive effort during the Repco Supercars Championship layoff to lift his own game.

The Shepparton product is something of a journeyman, racing for four Super2 Series squads across a six-year run that included the 2016 title, and now with his third main game team in as many years, that being Team Sydney.

It’s been a disappointing season to date for the operation formerly known as Tekno Autosports, but Jacobson has done himself no disservice by matching up well against proven team-mate Fabian Coulthard.

Not content with that, Jacobson decided to use the long break since the Townsville SuperSprint in July to finetune his skills via 2014 Bathurst 1000 winner Paul Morris and his Norwell Motorplex facility.

Among Morris’ proteges have been Anton De Pasquale, Brodie Kostecki and Broc Feeney.

“I’ve been living at Norwell Motorplex, being part of the furniture for the last seven weeks or so,” Jacobson said in a video on the official Supercars website.

“I’ve just been working on my driving while we’ve had the opportunity to catch up to speed with the mid-season break.

“I had a conversation with Paul Morris after the second Townsville race; I said ‘look, I think I can improve my driving, can you help me out?’

“It’s been a really good journey for me and I’m excited about seeing what I can do when I hit the track at Sydney soon enough.”

Jacobson admitted he’d had multiple areas with room for improvement, including experimenting with right-foot braking.

The 29-year-old is currently among a small group of left-foot brakers in the Supercars Championship; Coulthard being another.

“For me, it’s just extracting that little bit more out of myself in qualifying,” added Jacobson, who also had the chance to log 10 laps in Nash Morris’ Super3 car at Queensland Raceway.

“I’ve been lucky enough to be part of Team Sydney and get access to the Triple Eight data of Jamie [Whincup] and Shane [van Gisbergen, as a customer team].

“I have been a left-foot braker in my time and I’ve had some success with Super2 championships and whatnot, but once you get to the top level, no matter how good you think you are or what you know, there’s always more to learn.

“Motorsport always consistently evolves so I think it’s just realising the fact that Paul has got a lot to teach when it comes to the right-foot braking technique and making sure that you maximise all of those tools that you can to get the most out of yourself.

“The steering technique as well, I’ll be honest, I was probably moving the steering wheel a bit too much and over-reacting to the car and the grip levels underneath me.

“The first time he took me out, I had a lot to work on, so that’s just me being honest.

“But yeah, I’m excited about evolving as a driver as best I can.

“I want to demand that my team brings me back a faster car but I’ve also got to push myself to make sure that I’m a faster driver when the time comes, so hopefully can take all of this momentum to Sydney and Bathurst and finish the year on a high.”

Sydney Motorsport Park will host the next four rounds of the championship, starting with a SuperNight event on October 29-31, before the Repco Bathurst 1000 closes the season on November 30-December 5.