Miller: ‘I am getting f**king sick of it’

Miller: ‘I am getting f**king sick of it’ 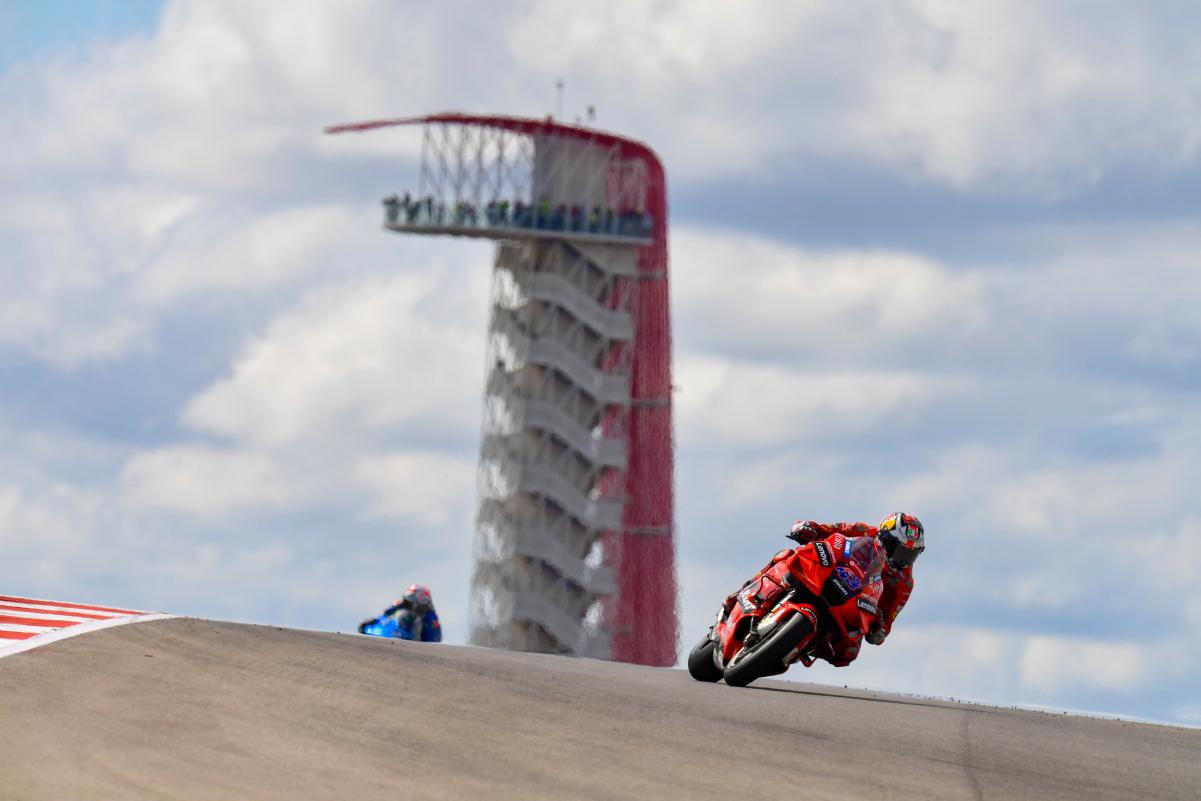 Jack Miller has blasted factors outside his control after qualifying a relatively lowly 10th for MotoGP’s Grand Prix of the Americas.

The Queenslander was almost a full seven tenths of a second faster than the field in practice, having nailed a 2:02.923s in the third session of the weekend.

However, he could only manage a 2:03.720s in qualifying, when fellow Ducati Lenovo Team rider Francesco Bagnaia grabbed pole with a 2:02.781s.

Miller hinted that an issue with a tyre may have been to blame, although he did not say so directly.

“It’s happened a few times and I can tell you one thing, I am getting f**king sick of it,” he fumed.

“But anyway, it is what it is. We go forwards and hopefully it doesn’t happen tomorrow.”

Miller also topped Free Practice 4, a session largely focused on race runs, with a 2:04.028s on hard tyres, before bolting on softs, front and rear, for qualifying around half an hour later.

“So, I don’t know. It wasn’t through a lack of trying, I can tell you that.

“As soon as I went out on track, I tried to push to the maximum but it didn’t work.

“Even though I want to, it is not something we will comment on [further] at this point.

“I will just try and do the best I can and whatever is in my control I will do it.

“But we cannot control everything; that’s the shame about it.

“The team has done a fantastic job all weekend, as they have done every weekend.

“I’m sorry for them but tomorrow is when they hand out the points. We’ll push to the maximum.”

Miller has revised his goal for the championship to a third placing this season, given Fabio Quartararo and Bagnaia are out of sight.

However, he has qualified behind both of the men he would need to overhaul to achieve that feat, namely Johann Zarco in sixth on the grid and Joan Mir in eighth.

‘Jackass’ can at least hope to emulate what then-factory Ducati rider Andrea Dovizioso did in MotoGP’s last race at the Circuit of The Americas, when the Italian finished fourth from a starting berth of 13th.

“My championship rivals are in front of me with Zarco and Mir and they are definitely the ones we need to get in front of.

“It’s not going to be the easiest race but if you look at what Dovi did a couple of years ago here when we raced last, he was able to come through to fourth.

“There were a few crashes that day but I have good speed, I have good potential and I feel good on the bike.

“We just need to get away cleanly – which is the most difficult thing from back there, especially with Turn 1 – and for the rest, just try the maximum to get in amongst those guys at the front as soon as possible and stay there.”