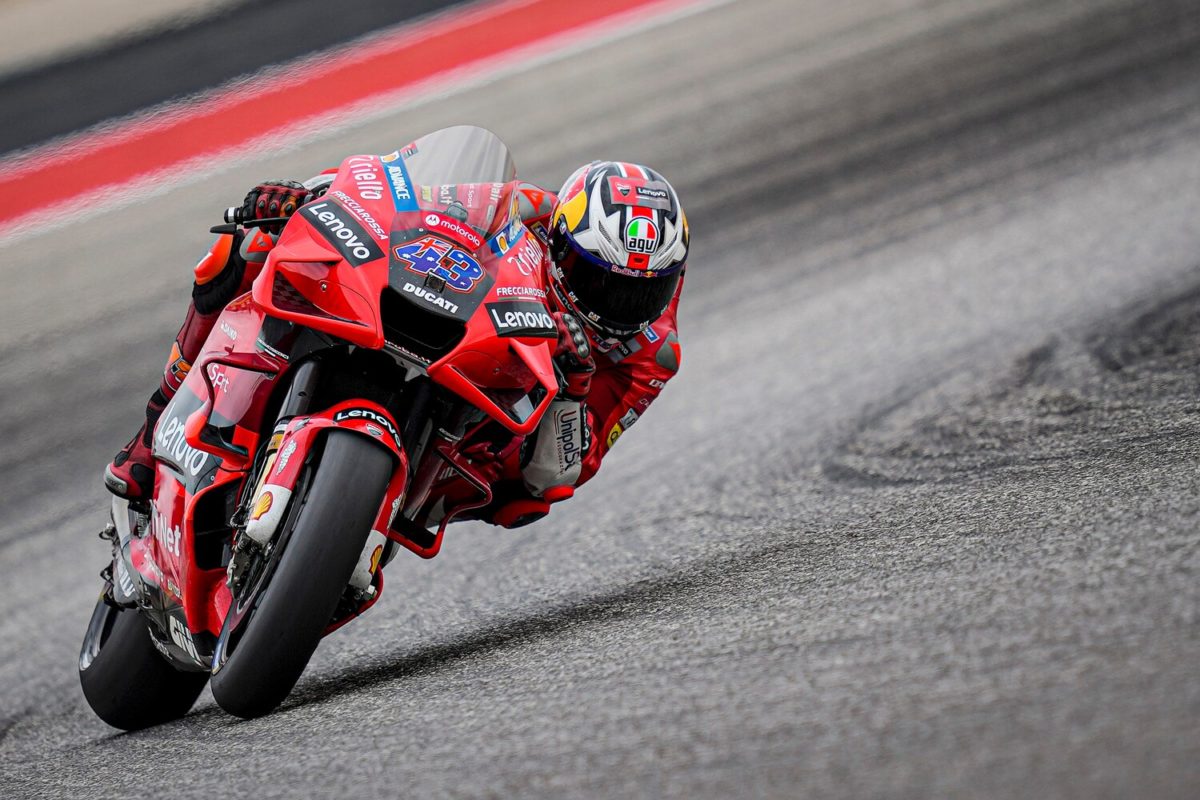 Jack Miller can still win MotoGP’s Grand Prix of the Americas despite qualifying 10th, according to Marc Marquez.

Miller was fastest by almost seven tenths of a second across the four practice sessions at the Circuit of The Americas (COTA) but was left fuming after only being able to put his Ducati onto the fourth row of the starting grid.

Marquez qualified third and was asked about how he will handle 20 laps around the bumpy Texas circuit, given he is still far from fully fit after last year’s broken arm.

The Repsol Honda rider is somewhat confident in his own race pace, but singled out the Queenslander as a threat even if he is starting from halfway down the field.

“Of course, the race pace is strong, but some riders have a stronger one [pace] than me,” said Marquez.

“Miller, he starts in 10th position but he can arrive and win the race because his pace is really good.

“But, we will see. I mean, lucky for me, all the stronger points are on the left side so I can manage in a good way.”

As Marquez referenced, COTA is just the third anti-clockwise circuit on the 2021 MotoGP calendar.

Such tracks have always been kind to the six-time premier class champion, but especially so since his comeback from injury, as they reduce the burden on the still weak right-hand side of his body.

Both of his podiums this season have come on the other anti-clockwise circuits, namely a win at the Sachsenring and a runner-up finish at Aragon, while this weekend’s front row start will be his first of the year to date.

“I mean, when I push, the lap arrives; when I slow down, I know why.

“It’s basically because I only suffer in three corners; the rest of the track, I can ride with my riding style and this is positive.

“In Misano [previous round], for example it’s opposite; I suffer all the circuit and I only ride well in three corners, and the other corners, I suffer.

“Left corners were my strong point, but now it’s [an] even bigger difference for my injury.” 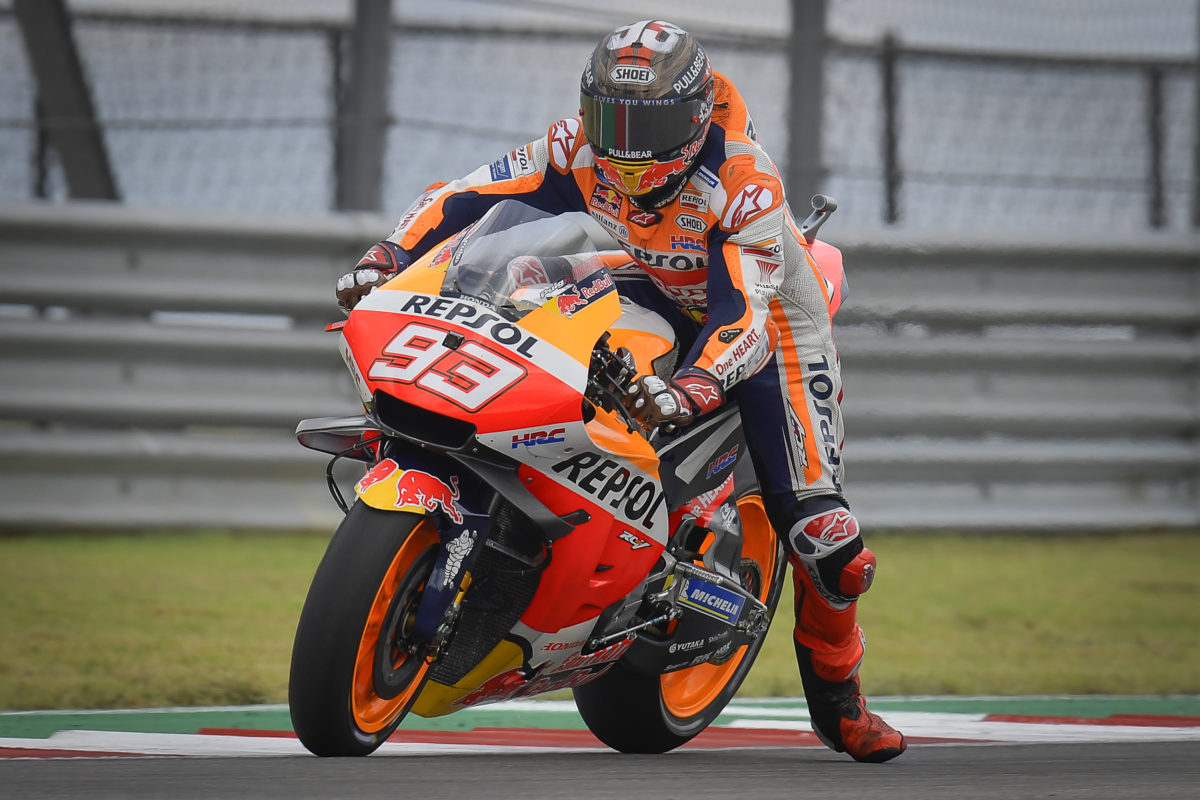 COTA has come under fire this weekend for its shocking bumps, so much so that the riders agreed in Friday evening’s Safety Commission meeting that they do not want to come back if it is not resurfaced, and that stance is said to be supported by MotoGP owner Dorna Sports.

Marquez, however, explained he will be able to manage in the race because of the warmer temperatures, and also because he will not need to be in time attack mode.

“Tomorrow will be warmer, so when it’s warm, I feel better,” said the 28-year-old.

“When everything gets soft, that is when I start to enjoy it.

“It will be difficult to be constant all race, but I feel OK. I mean, I can manage good pace through that.

“If I keep a good rhythm, then it looks like I can manage well and I suffer much more in the qualifying practice [than on long runs].

“When you attack, then you don’t know the reaction of the bike, but with the used tyre, I feel OK.”