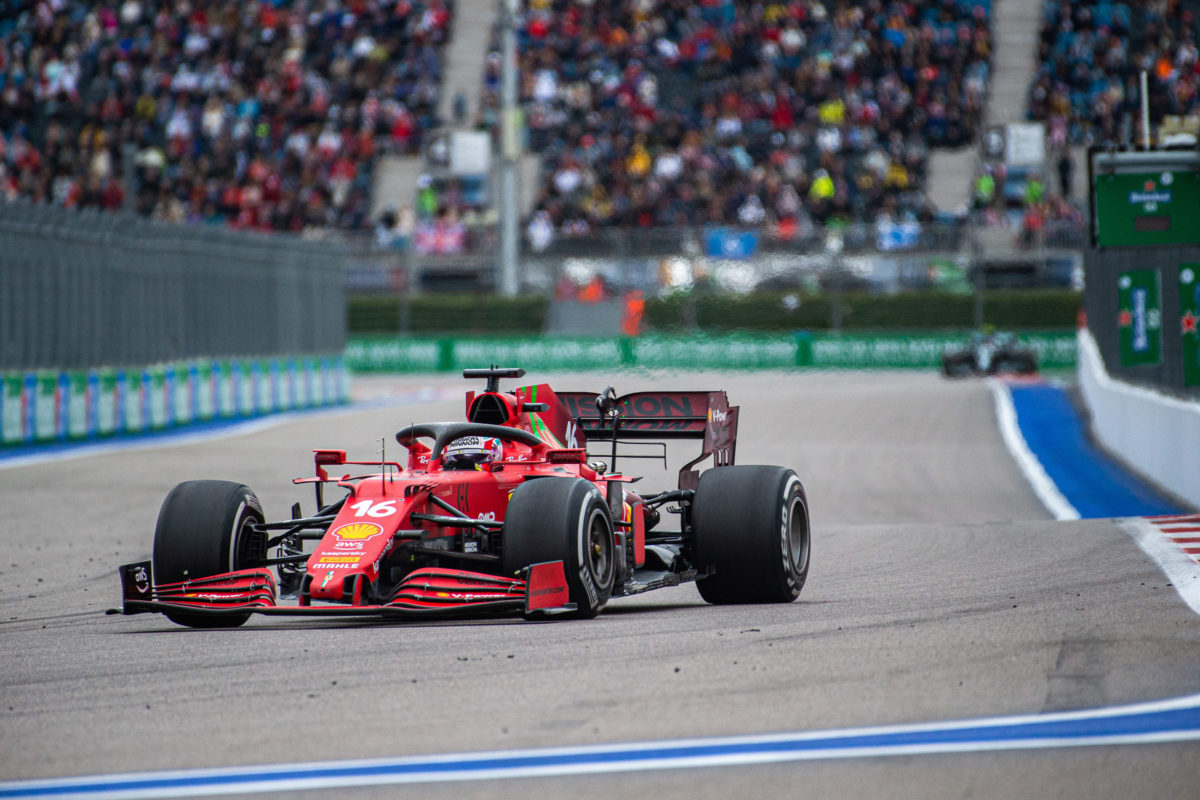 Charles Leclerc believes the increased points haul for Ferrari during the 2021 Formula 1 season to date is a fair indication of the Maranello squad’s upturn in performance.

Ferrari currently sits fourth in the constructors’ championship with 216 points to its tally after 15 races.

Throughout the 17-race 2020 season, the team managed just 131 points as it slumped to sixth in the championship standings – its worst result in four decades.

Subtle changes to the car this season have seen the Scuderia bounce back, with Leclerc suggesting the increased points score this year is evidence of that return.

“It feels different. Already from the first race, I felt more confident with this car,” the Monegasque said.

“The performance overall has just been better and we’ve been also more consistent compared to last year.

“So it’s good to see that it shows that we are working in the right direction.

“The road is still very, very long until we reach our objectives, which is to fight again for the title, but it’s been a good step forward from last year and now we need to keep working in this direction.”

Leclerc took a power unit penalty in Russia last time out as Ferrari introduced new hybrid components, believed to be worth in the region of 15bhp.

It’s hoped that will give the team the upper hand as it battles McLaren for third in the constructors’ championship with seven races remaining.

“They are having a very good season, unfortunately,” Leclerc said of McLaren’s 2021 form.

“It’s good that we that we have such a fight. We have been very, very close during the whole season.

“In Monza, they were very strong and we’ll try to catch up now.

“Obviously, they are very quick, very consistent also, so now it’s our job to try and maximise every weekend and hopefully we can get in front of them at the end of the championship.”

Ferrari trails McLaren by 17.5 points in the championship standings, the gap widening by four points after the Russian Grand Prix.

Formula 1 next heads to Istanbul Park for the Turkish Grand Prix on October 8-10.