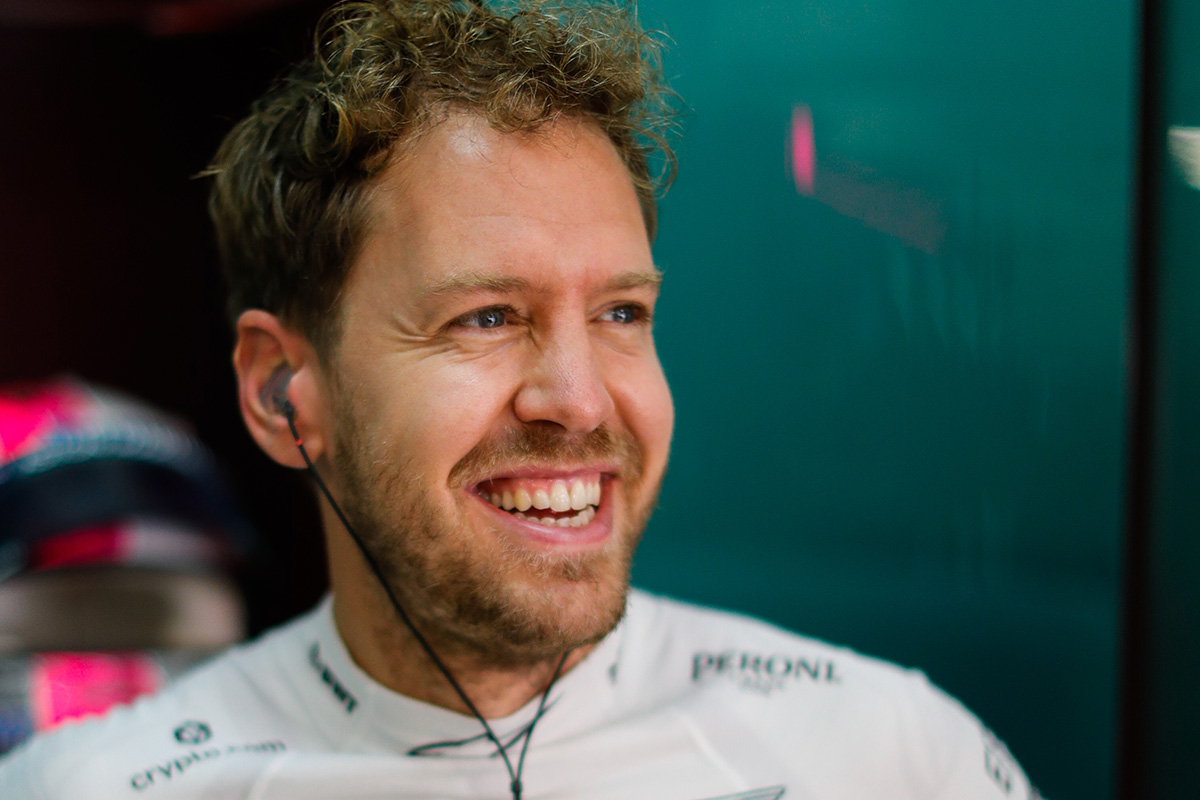 Sebastian Vettel has said the platform which Formula 1 affords him to campaign for social change had no bearing on his decision to re-sign with Aston Martin for 2022.

The German was confirmed for a second season with the Silverstone squad in the days prior to the Russian Grand Prix.

It’s a squad which is in the process of rebuilding and ramping up its investment in the sport, with ground being broken on a new factory last month.

The team is also on a significant recruitment drive as it looks to make good on team director Lawrence Stroll’s claim that it will be a world championship contender in five years.

“I think in the end, the excitement for next year, the new cars, new regs, and I think where the team is going, everything looks very promising,” the four-time world champion said.

“We don’t know until next year but it is great to be part of that.”

Since joining Aston Martin at the start of the year, Vettel has become more outspoken on a number of social issues.

He recently visited the opening of a new CO2 capturing plant in Iceland and leant his support to the LGBTI community in Hungary.

While conscious of the platform he’s afforded via F1, that was not a consideration when it came to continuing next season.

“I don’t know for sure if it helps to inspire people to spread a message, but I’m not doing these things to just have people look at it,” he said.

“The first thing that I always want to ensure is that actually whatever I do, it makes sense and it actually helps in the place where we are and whatever we are doing.”

In Austria, the 34-year-old worked with school children to make a bee hotel, and took a hands-on role with a bio-farm during lockdown last year.

“I mean, we’ve created some space or place for [the bees] to live and come back to, so that’s always the prime interest,” remarked Vettel.

“It’s not a secret, it’s great if people are taking interest and therefore inspires others to maybe do the similar, to think about it or question their maybe their activities, that behaviour, whatever, to just see how they could possibly contribute.

“But I think the first priority is always, to make it credible for me, is that it does make sense.

“It’s great to say what we should do and talk about it, but I think you need to do it as well yourself, otherwise it’s not authentic.”

Vettel currently sits 12th in the drivers’ championship with 35 points to his name after 15 rounds.

Aston Martin lies seventh in the constructors’ competition, 25 points down on AlphaTauri and 36 clear of Williams.