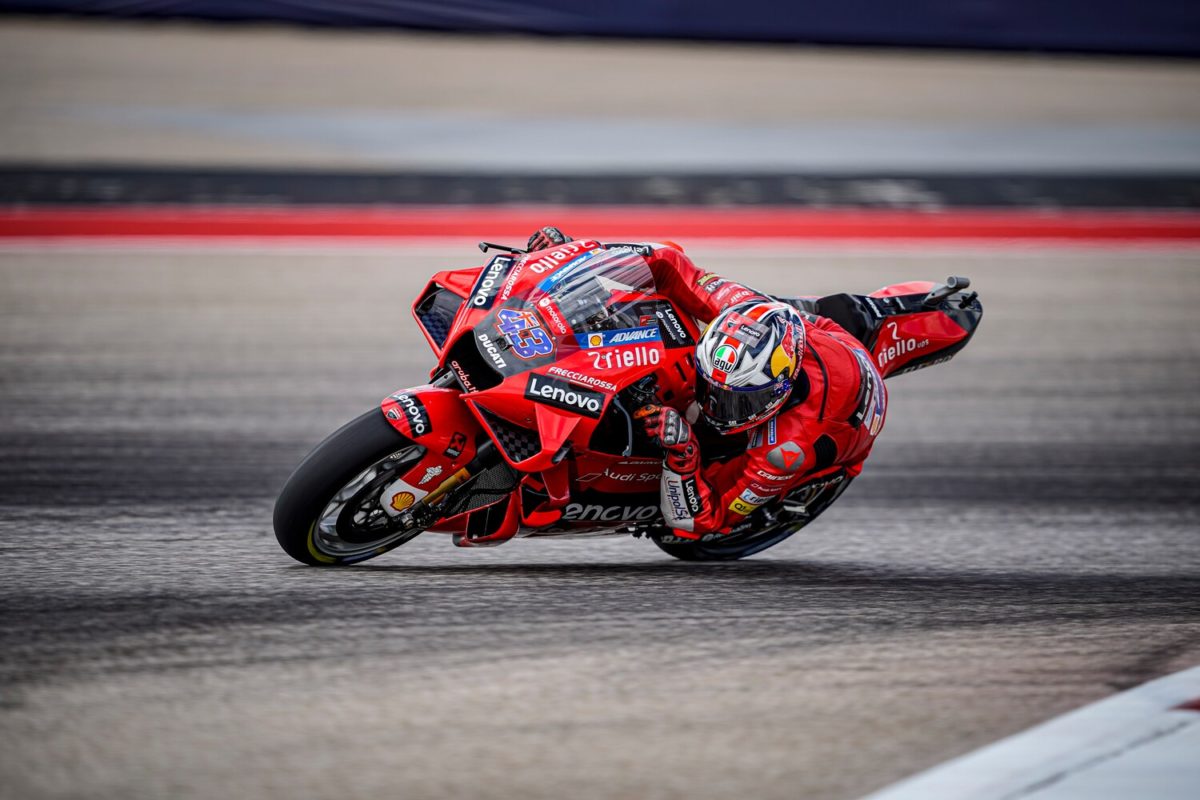 The Ducati Lenovo Team rider was next-best to Marquez in both the wet morning session and dry afternoon session at the Circuit of The Americas, with just 0.015s separating them in the latter.

With more rain on the cards on the second day of Round 15, Miller’s provisional berth in Qualifying 2 is all the more important.

However, he is looking for improvements in longer-run pace.

“I felt good in both conditions; in the wet this morning and then also in the dry this afternoon,” said the Queenslander, whose best lap was a 2:04.179s.

“It looks as Marc’s back to his old self here – as we know, he’s a rocket around here – so, just chasing him down at the moment, but we’re doing a good job [and] the bike’s working really well.

“The track’s got its tricky points with the bumps and whatnot and also the little bit of wet patches that we still had around this afternoon, so a little bit of work to do over the night.

“It’ll be interesting to see what the weather does tomorrow. The forecast is saying wet all the way through, so it’s important to be in the top 10 today because it just gives us that little bit of extra security come tomorrow morning.

“For the rest, pretty happy with how everything’s working. Like I said, [there are] just a few little tweaks we need to make on the bike to just sort of get it a little bit better over the lap-by-lap, more for the race pace, but anyway, happy enough with Day 1. It’s good to be back.”

Miller did have a major moment after one of his hot laps, just keeping his Ducati upright at Turn 1 with only a handful of minutes remaining.

Having done so, he was able to set his fastest lap of all with the chequered flag out.

“I don’t know what really happened. I was pushing, braking in there. Don’t know if I went [turned] in a little bit early.

“I was a little bit late on the brakes and if I went in early and nicked a wet patch, or if it was just on the crest of the hill, what unloaded…

“But either way, I was lucky to get away with that one and yeah, just makes it a little more exciting, doesn’t it?”