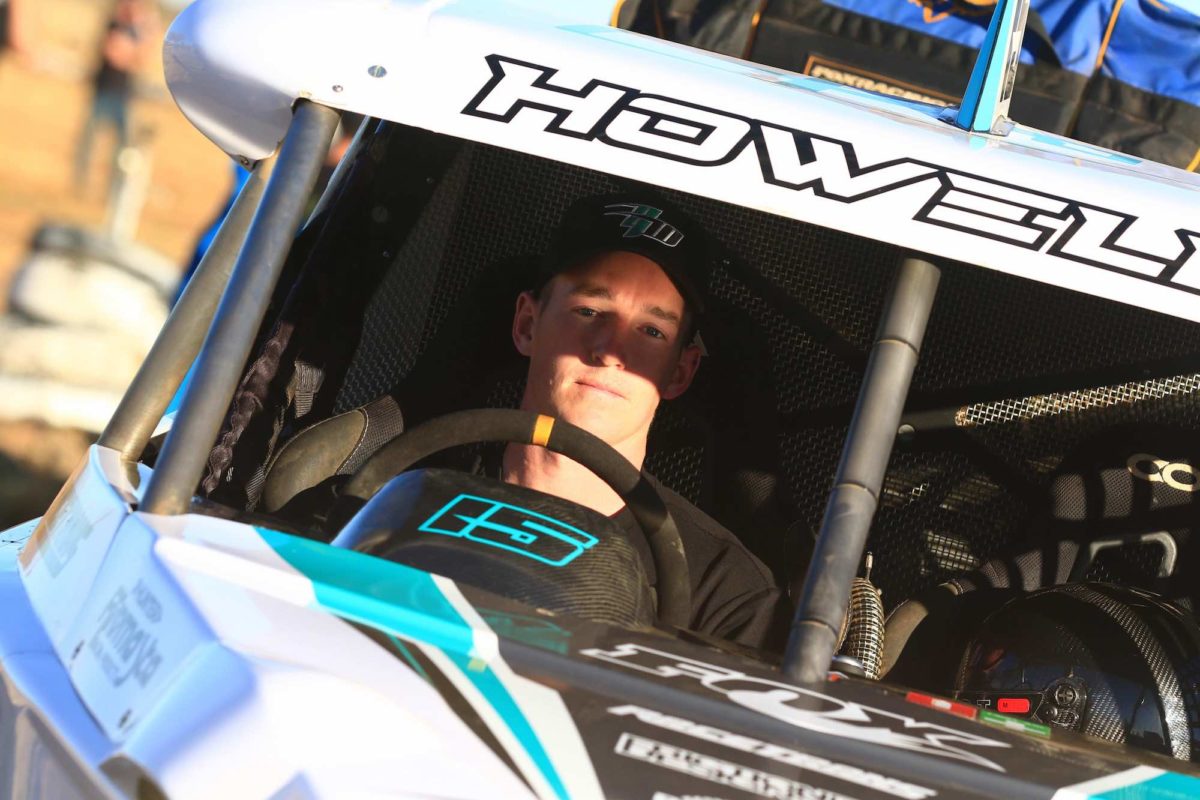 Former BFGoodrich Motorsport Australia Off Road Championship leader Josh Howells is high on confidence for 2022 after COVID-19 ultimately denied him the chance to seal this year’s title.

Howells took a maiden win in the opening round of the 2021 season, the Cobb & Co Hotel St George 399, before he and co-driver Eric Hume finished second in the Tatts Finke Desert Race.

However, the Hindmarsh Shire Rainbow Desert Enduro was cancelled due to border closures, with both the Black Diamond Drilling Kalgoorlie Desert Race and Can-Am Loveday 400 reverting to Cup status for the same reason.

As such, no AORC title will be awarded this year, though Howells at least has the consolation that the St George event is now counted as the BFGoodrich Motorsport Australia Off Road Cup – East.

“It’s nice to be recognised with the BFGoodrich Motorsport Australia Off Road Cup – East and we really appreciate it,” said the New South Welshman.

“We obviously got a lot of recognition in March when we won the event itself, which was nice. It’s one thing to be at the end of an event, but to lead from start to finish is special.

“It’s great to win the cup, but obviously we’re disappointed that the season came to end early – especially since my car was completely fine after Finke and it didn’t miss a beat.

“It’s funny because in previous years, we have only gone to rounds to run the race and haven’t watched the points, but this year was the first time I was focused on how we could go in the outright championship.

“We haven’t had the car that long but it’s really dialled up now, so I have a lot of confidence going into next year.”

The 27-year-old has surprised himself with his rapid progress, having only debuted in 2017 in a buggy shared with sister Ally.

“It’s a bit of a surprise as to how quickly I have risen up the ranks,” said Howells.

“We just started going to AORC rounds in 2018 and ended up in third outright, so it’s a bit of a shock.

“I knew I had the speed going into 2019 and I love St George, but rolling there put me out of contention for the season. With five rounds then part of the schedule this year, I thought we had a real chance of winning and running at the top.

“I still sort of pinch myself at the thought that a lot of people expect me to be one of the quickest. It wasn’t something we envisaged, but it’s awesome nonetheless.

“For me, I really feel like St George is a drivers’ track. It’s got a bit of everything – just like Rainbow when it’s dry, whereas Finke is not so technical but more about who has more courage.

“I was also excited to go to Loveday too and I am still hopeful that I can get there for the event later this month. We are entered and still have every intention to go until we are told we can’t.”

The Kalgoorlie event, which counts as the BFGoodrich Motorsport Australia Off Road Cup – West, is next up on October 22-24.