Brown: IndyCar as competitive as F1

Brown: IndyCar as competitive as F1 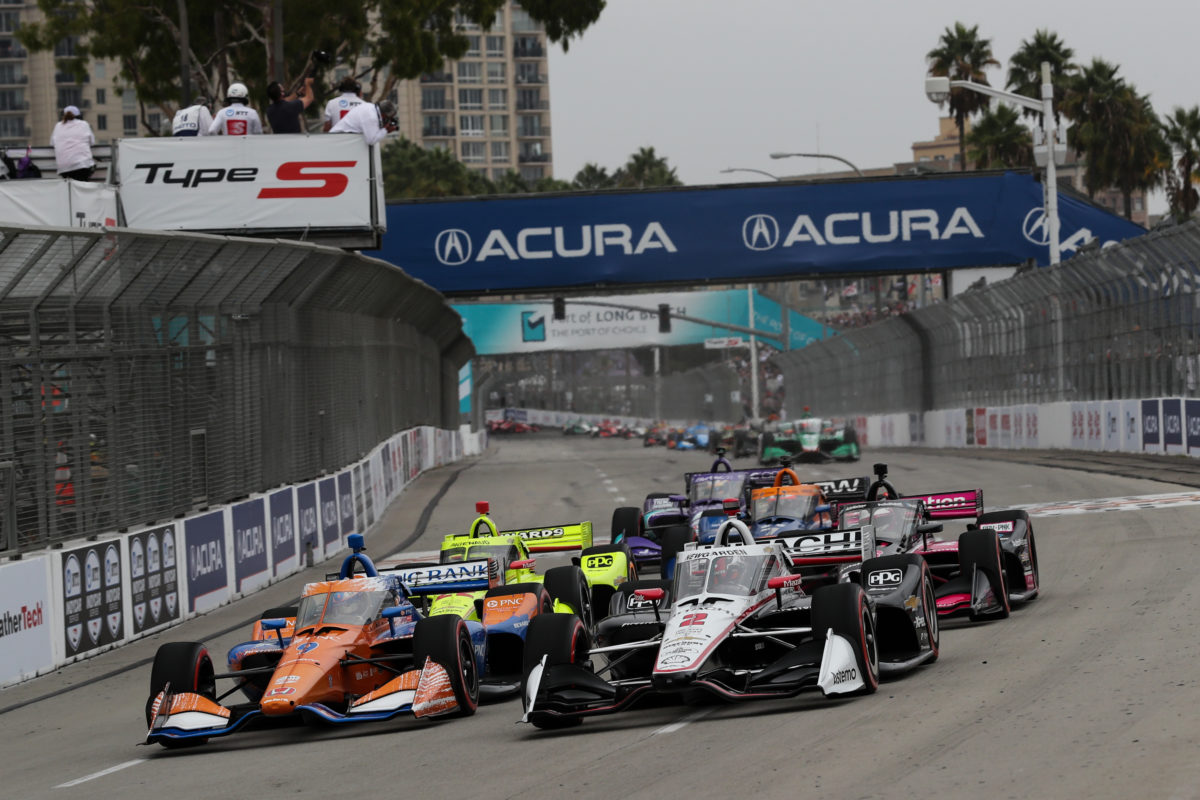 The start of the IndyCar Series finale in Long Beach

McLaren boss Zak Brown has declared IndyCar to be just as competitive as Formula 1.

The American open-wheeler series battle this season went to the final race of the year, where Alex Palou did enough to hang on ahead of Josef Newgarden.

Such was the title fight that, with three races remaining, five drivers remained in contention including McLaren SP’s Pato O’Ward.

Serving to underscore that point for Brown was the experience of F1 refugee Romain Grosjean.

Jettisoned from the F1 paddock at the end of 2020, the Frenchman finished second in the Rookie of the Year competition to Scott McLaughlin, despite not taking part in a full campaign.

In his 13 starts he placed in the top three on three occasions and outscored Sebastien Bourdais, Conor Daly, and James Hinchcliffe in the series standings.

“Someone like Romain, we need to remember before he joined Haas, and Haas had a good first couple of years, [but] people kind of have him labelled as ‘well he’s an 18th placed guy’ – no, he was in an 18th placed car,” Brown told Speedcafe.com.

“When he was in a Lotus next to world champion Kimi Raikkonen, Romain was beating Kimi and what did he get, six, seven, eight podiums, and almost won some races.

“I think the one thing that is incorrect is I think some people think IndyCar’s easier because they go, ‘Well, Romain was 18th and now he’s running at the front’. His car was 18th in Formula 1.

A 10-time podium finisher in F1, Grosjean recorded just four points finishes in his final two seasons, and from 2016 to 2020 his best result was fourth at the 2018 Austrian Grand Prix.

“Clearly Formula 1 is or car-dependent where IndyCar being effectively a spec series, other than the engines, that’s why you’ve got three races to go [and] five guys that can win the championship,” added Brown.

“I think it’s every bit as competitive.

New rules set to be introduced next year, coupled with cost cap regulations that came into force in F1 this year, are hoped to level the playing field.

Brown hopes that will see the needle shift away from F1 being a car-dependent competition to being more driver-focused.

“I’m hoping with going to a cost cap that you’re going to see more in-car type competitiveness in Formula 1,” he said.

“I’d like to see Formula 1, when you’re going down to the last three races, five guys that win the championship.

“That’s got to be the goal, not what we’ve had last 10 years, which is two guys can win the championship and a few of those years it’s two guys in the same team.”

McLaren recently won its first race since 2012 in Italy courtesy of Daniel Ricciardo, and the squad now sits third in the constructors’ championship.

Across the Atlantic, Pato O’Ward ended the year third for McLaren SP in the IndyCar Series, recording two wins from 16 starts.