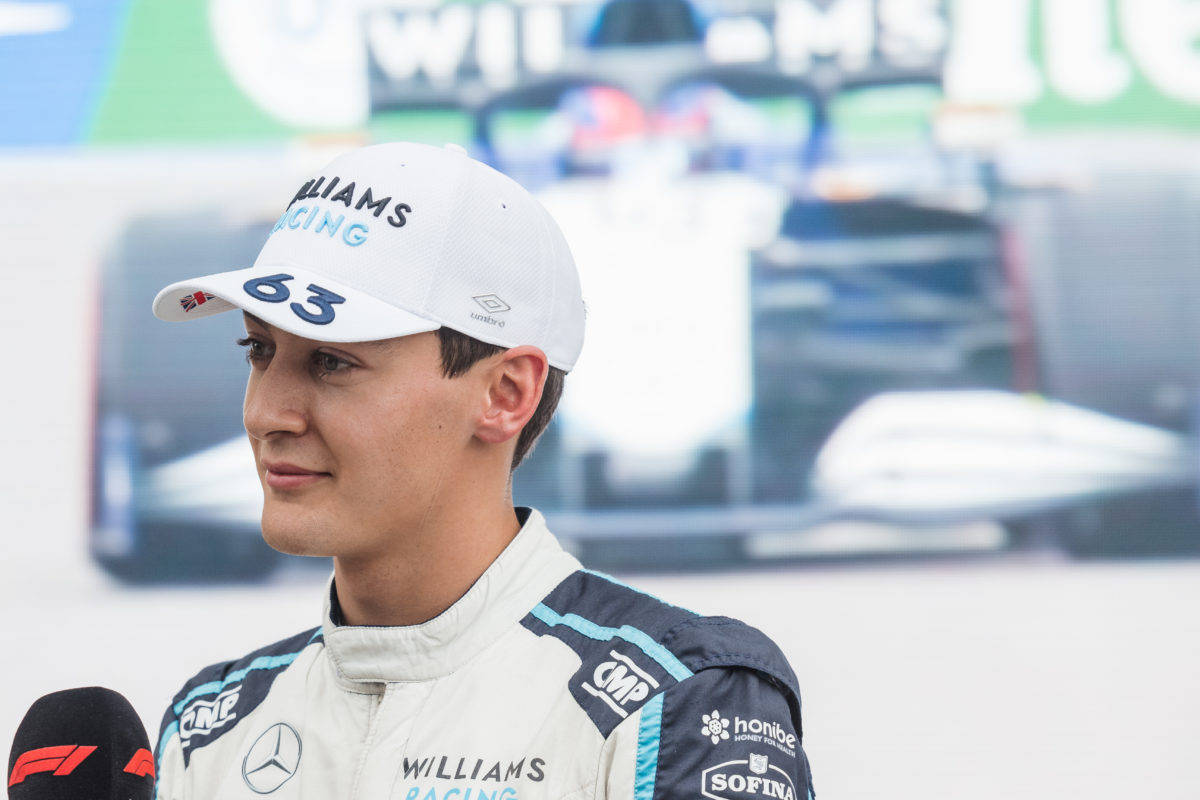 George Russell isn’t allowing himself to get carried away with thoughts of his future as he completes the 2021 Formula 1 season with Williams.

But while his future seemingly offers the opportunity to become a regular contender at the front of the F1 field, the 23-year-old Mercedes junior isn’t allowing his mind to wander.

“I think end of the day I’m still racing and I still want to, every time I jump into the car, do the best job to my ability,” he said.

“For now, full focus is still with the guys at Williams. I guess when the flag drops in Abu Dhabi then it’ll be full focus for 2022.”

Williams has enjoyed something of a resurgence in recent races, with both Russell and team-mate Nicholas Latifi scoring points.

In Hungary the squad recorded a double-points paying result with Latifi seventh and Russell eighth, lifting it off the foot of the constructors’ championship.

Then came Russell’s second place in qualifying for the Belgian Grand Prix, which resulted in half-points for the non-event which followed.

In the last two races, Russell has logged two more top 10 finishes to add another three points to his and the team’s tally.

He qualified third for the Russian Grand Prix last time out.

“It’s been an incredible couple of races for us,” he admitted.

“I mean, we went I think 45 races without scoring a point and then suddenly three in four.

“I think that’s how the game goes sometimes.

But I think having scored those points in in Hungary, there was less pressure on everybody’s shoulders, we could go out and enjoy it.

“Obviously, we had a really great result in Spa as well and I think that just gave the whole team another boost to sort of say, ‘yeah, we can do this when everybody excels and does a good job’.

“I think it proves when every single team member comes together and does their part to the best of our abilities, good things are possible.”

With 23 points from the opening 15 races of the year, Williams sits eighth in the championship standings, 36 points down on Aston Martin and 16 clear of Alfa Romeo Sauber.

F1 is next in action at the Turkish Grand Prix on October 8-10.