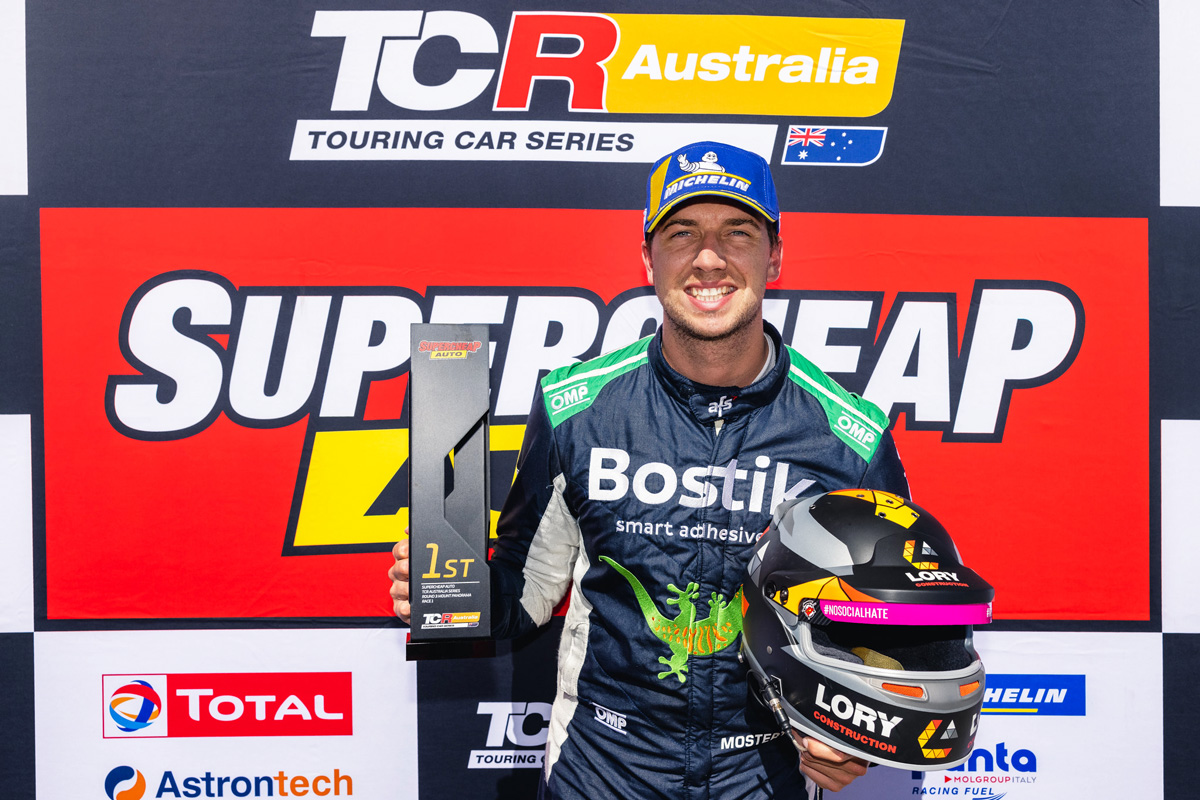 Earlier this year Mostert joined Melbourne Performance Centre in what was only supposed to be a two-round TCR schedule.

However, after he took the series lead at Phillip Island, the Gold Coast-based driver committed to a full campaign, and he now holds a 106-point advantage over team-mate and nearest rival Luke King.

Owing to Supercars commitments, Mostert earlier this year missed the third GTWC round at The Bend Motorsport Park and was duly replaced by Dylan O’Keeffe.

Recent changes to the Supercars calendar have seen organisers work collaboratively with the Australian Racing Group to create a six-day festival at Mount Panorama.

With James Golding’s S5000 Tasman Series programme announced yesterday, that will take the number of possible drivers facing two or more commitments to 15.

Mostert, however, is unlikely to be one of them as he looks to avoid any distractions in the lead-up to the Bathurst 1000.

“At the end of the day, it says there that I’ve got triple duties really because I’ve got TCR and GT and Supercars, so that’s stuffed me over, to be honest,” the 2014 Great Race winner told Speedcafe.com.

“It is what it is. It’s pretty cool that there’s a major six-day event there with plenty of different categories.

“But, look, my priority has always been Supercars, and unless the schedule looks like there might be earlier racing in the week – which I highly doubt, because that doesn’t make any sense – I’ll just be doing Supercars, unless TCR can run earlier in the week. That’s really where I’m at.

“Obviously I’ve been pretty lucky to race in quite a few different categories until COVID hit again. It’s a bit disappointing, but it is what it is.

“Most categories need to get racing again, sometimes that means sharing weekends. It’s going to be a pretty cool week with heaps of racing, but for me it doesn’t really work out, the schedule.”

Ultimately, Mostert said he doesn’t want to overcommit himself throughout the week and potentially regret it.

“Two classes is generally one too many on a weekend, so to make it a triple is even more than that,” he explained.

“Supercars is so mentally tricky and hard and you’re up against 48 of the best drivers in the country looking for half a tenth of a second, so all the focus has got to go into that.

“You don’t want to be sitting there on Sunday night going at the end of the race when you’re generally doing a triple stint home and go, ‘You know what? I was probably a bit tired because I did some extracurricular racing throughout the week’.

“You want to put 100 percent focus into going to win the Bathurst 1000, and that’ll be my mindset going into that week.”

This year’s Bathurst 1000 is slated for November 30-December 5 at Mount Panorama.

The Supercars Championship is scheduled to be on track from Thursday, December 2.

Mostert will this year be joined by 2020 provisional pole-sitter Lee Holdsworth in the #25 Holden ZB Commodore.