McLaren SP boss: ‘Sky is the limit’ for Rosenqvist

McLaren SP boss: ‘Sky is the limit’ for Rosenqvist 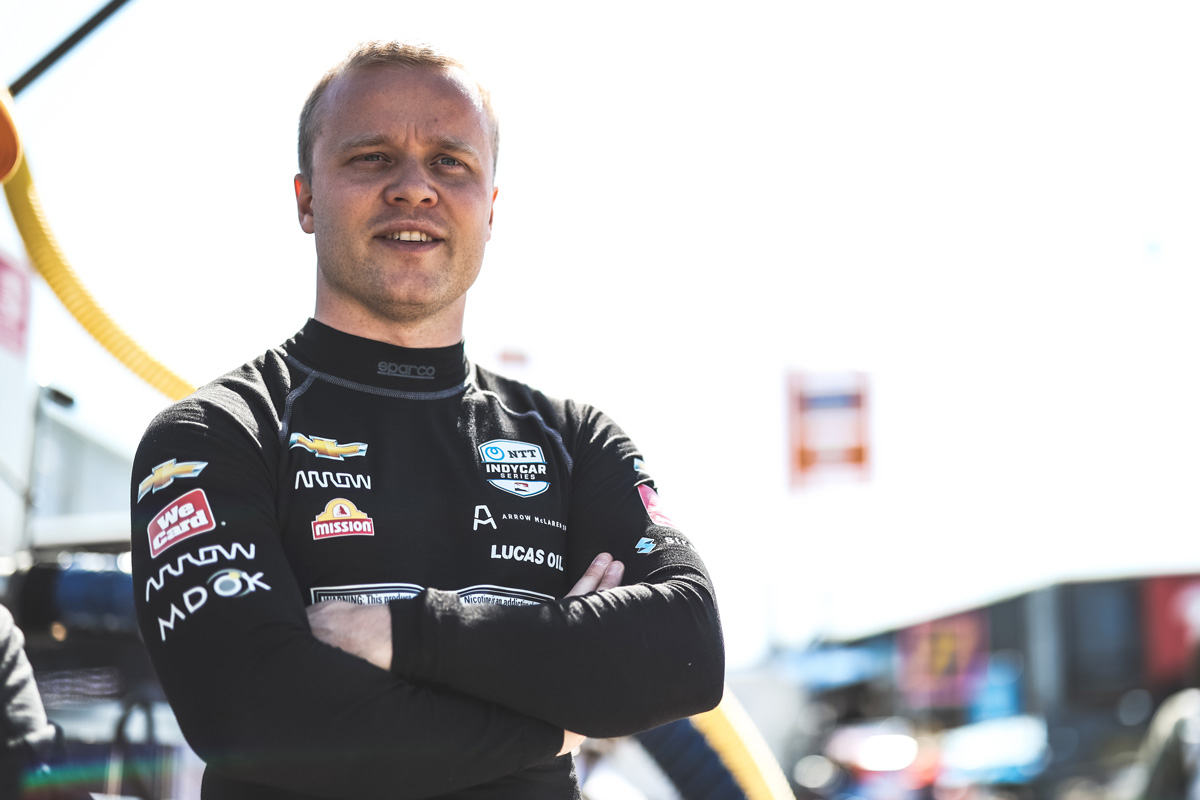 McLaren SP president Taylor Kiel has thrown his support behind Felix Rosenqvist despite a disastrous first season together.

Boasting a resume stacked with a slew of open-wheel titles, including twice winning the Macau Grand Prix, Rosenqvist burst onto the IndyCar scene in 2019, finishing his rookie campaign with Chip Ganassi Racing sixth in the standings.

He then took a race win at Road America last year before moving to McLaren SP for 2021, joining Mexican ace Pato O’Ward.

He’d be comprehensively outperformed by O’Ward, who was a title contender all year, while Rosenqvist languished, finishing 21st overall with less than half his team-mate’s points tally.

Admittedly, the Swede did miss two rounds due to a concussion sustained in a crash at the Detroit Grand Prix opener.

Nonetheless, he failed to crack the top five even once in 14 starts; compared to O’Ward’s nine top fives from 16 attempts including two wins.

Rosenqvist is under contract at McLaren SP for next season, and Kiel is hopeful of a much improved 2022 campaign for the #7 driver.

“It took us a while to find our stride with Felix this season and find what he wanted from the car and the team,” said Kiel.

“In the second half of the season, he found some pace and had the ability to run up front. That is good to see.

“Early in the season, we left some good results on the table that could have turned his championship around.

“Once we are able to take a step back, we will start to see the positives of the season for him and build on those for next year.

“The sky is the limit. Felix is a great driver, we have a good team around him, and we’ve proven we can run up front.

“Now we just need to do it with both cars.”

Rosenqvist finished the Long Beach finale last weekend in 13th place, left to rue a strategy misstep after running towards the pointy end earlier in the piece.

O’Ward meanwhile was taken out of contention early, spun by Ed Jones on the opening lap, dropping him to third in the final standings.