Marquez ‘doesn’t understand’ criticism against him after Supersport 300 death

Marquez ‘doesn’t understand’ criticism against him after Supersport 300 death 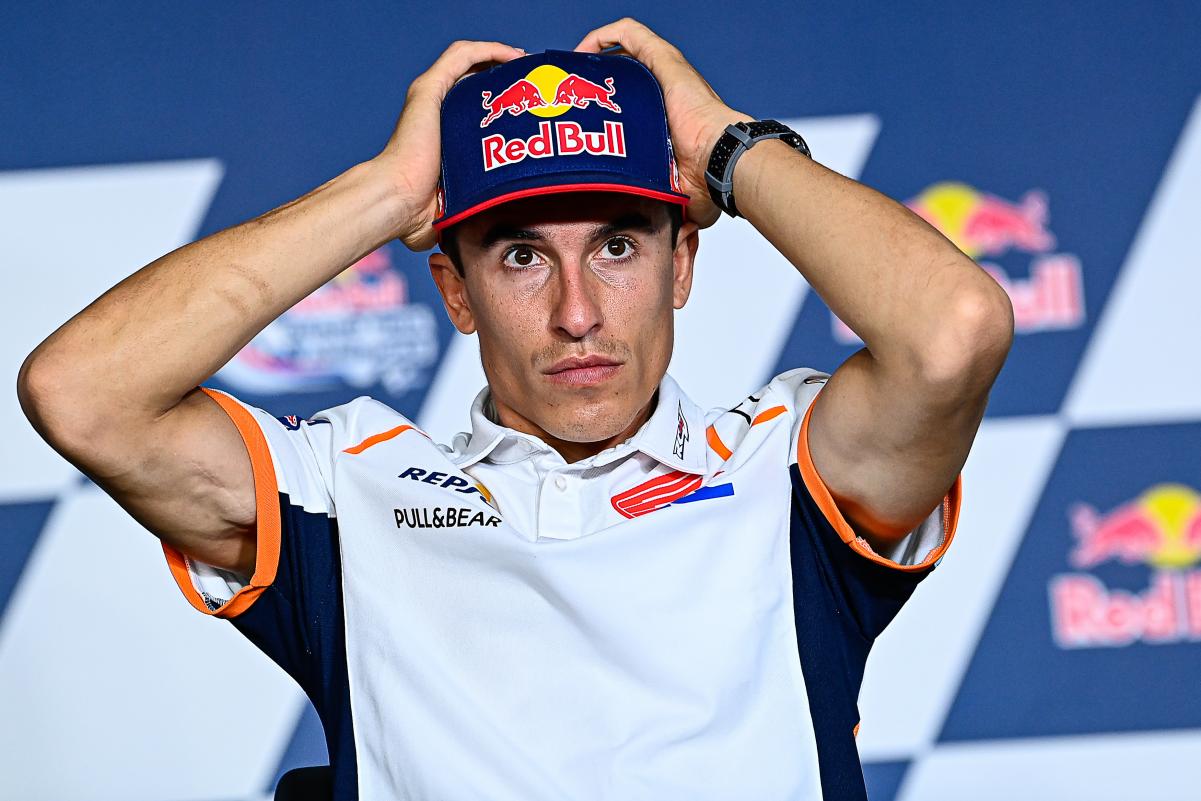 Marc Marquez does not understand how he could apparently be criticised by Supersport rider Michel Fabrizio for encouraging dangerous riding after the death of Dean Berta Viñales.

The 15-year-old died at the Jerez circuit last weekend after being involved in a five-rider incident in Race 1 of the Supersport 300 World Championship.

His demise followed those of 14-year-old Hugo Millan in the European Talent Cup in July and 19-year-old Jason Dupasquier in Moto3 in May, both of whom were hit by following bikes when they crashed.

The latest tragedy prompted Fabrizio to quit racing, a decision which he announced on social media late at night (local time) on the Saturday during which the incident occurred.

The Italian cited “respect for human life” in his announcement and said that he was protesting against issues such as the “indifference” of the FIM which, he asserts, cares more about business than safety.

However, he also singled out Marquez, seemingly for allegedly setting a bad example which leads to risk-taking among young pilots.

“Years ago, when Marc Marquez entered MotoGP, Valentino Rossi was criticised when he complained about Marquez’s ‘incorrect’ manoeuvres,” wrote Fabrizio.

“We have to agree with him. Marc has become a point of reference: these young people emulate him, overtaking too much to the limit, leaning on their opponents, risking every inch.”

Marquez was questioned about that comment on the eve of the Grand Prix of the Americas, at which point he extended his support to Maverick Viñales, who is sitting out this weekend’s event as he grieves the loss of his cousin.

However, the Repsol Honda rider also said that he did not want to “waste my time” on what Fabrizio had written.

“First of all, I want to give all my support to Maverick but also [the] Viñales family because I know them and it’s hard,” began Marquez.

“Say[ing] that, I don’t want to waste my time on these comments because it’s something that when I read, I say, ‘OK,’ but the best thing is try to understand and try to analyse well for the future, to improve.

“Of course, the risk will be always there from a motorcycle world but we must understand how to reduce this risk.” 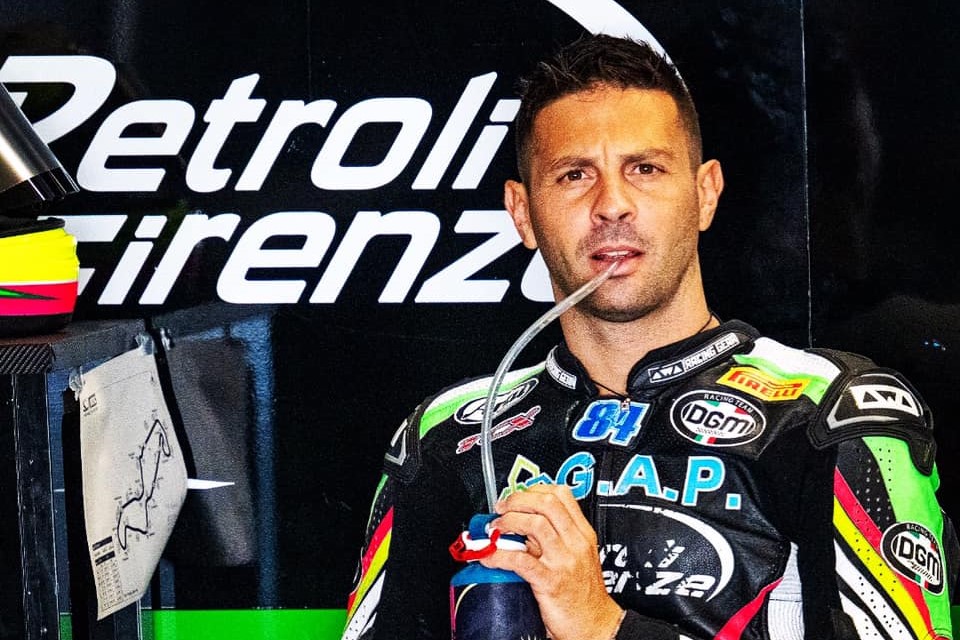 Fabio Quartararo and Francesco Bagnaia, who were sat to Marquez’s right in the pre-event press conference, had a similar view.

“Well I didn’t even see what happened and Pecco explained,” said Quartararo, who had leaned towards Bagnaia to ask what the question was about.

“But, I think, like he said, people sometimes like just to talk, so I think it is a waste of time to read what these kinds of people say.

“I mean, everyone is looking at [Marquez] because he’s a favourite, and the last 10 years he has been the best, so of course everyone wants to be like him and I think it’s normal.

“But what [Fabrizio] said, I don’t really know but it’s a waste of time.”

Bagnaia added, “I think that in this kind of moment, if you don’t have the respect [then] don’t say anything.

“So, for me, was just enough to see what happened.”

Fabrizio, meanwhile, has walked back somewhat from his comment about Marquez.

In an interview with Italian outlet GPOne.com around the time of the aforementioned press conference, he claimed that what he meant was that it is dangerous for inexperienced riders to try to emulate the six-time world champion.

“I absolutely did not want to attack Marquez with that press release from last Saturday,” said the 37-year-old.

“What I wanted to say is that Marc is the idol of today’s kids, as [Mick] Doohan was for me at the time, and they want to imitate him on the track without any preparation.

“All this is dangerous.”

Fabrizio called for a licencing system to ensure that only capable riders may populate the grid, and better enforcement of on-track standards.

“We need a points licence, but above all we need rules that are respected and measures that are taken when they are broken,” he stated.

“Before, you only got into the world championship after having demonstrated it; now, the briefcase of cash you carry is worth more.

“We can’t have a grid of 40 riders, and riders who are not sanctioned after they make mistakes.”

The MotoGP paddock observed a minute of silence in memory of Dean Berta Viñales on the Thursday at the Circuit of The Americas.

NOTE: This story was originally published under the headline ‘Marquez ‘doesn’t understand’ criticism against him after Viñales death’ and has been updated to prevent any potential confusion. 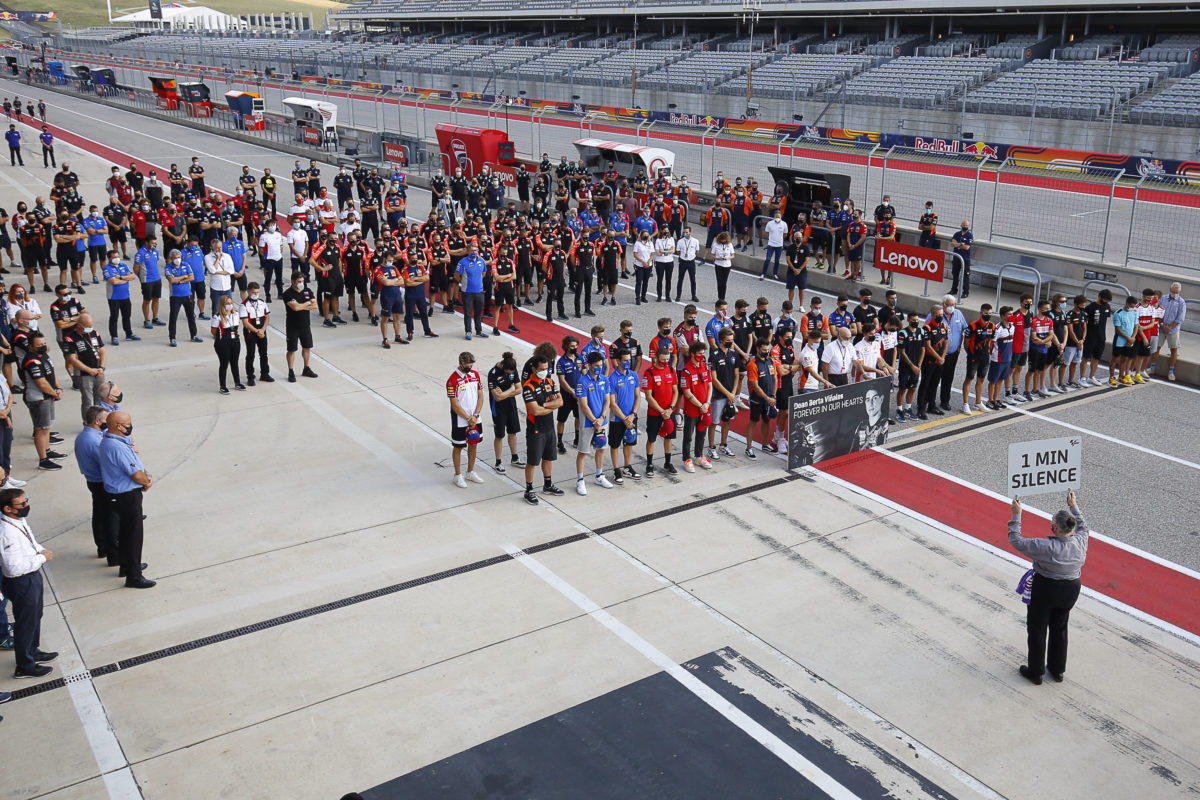