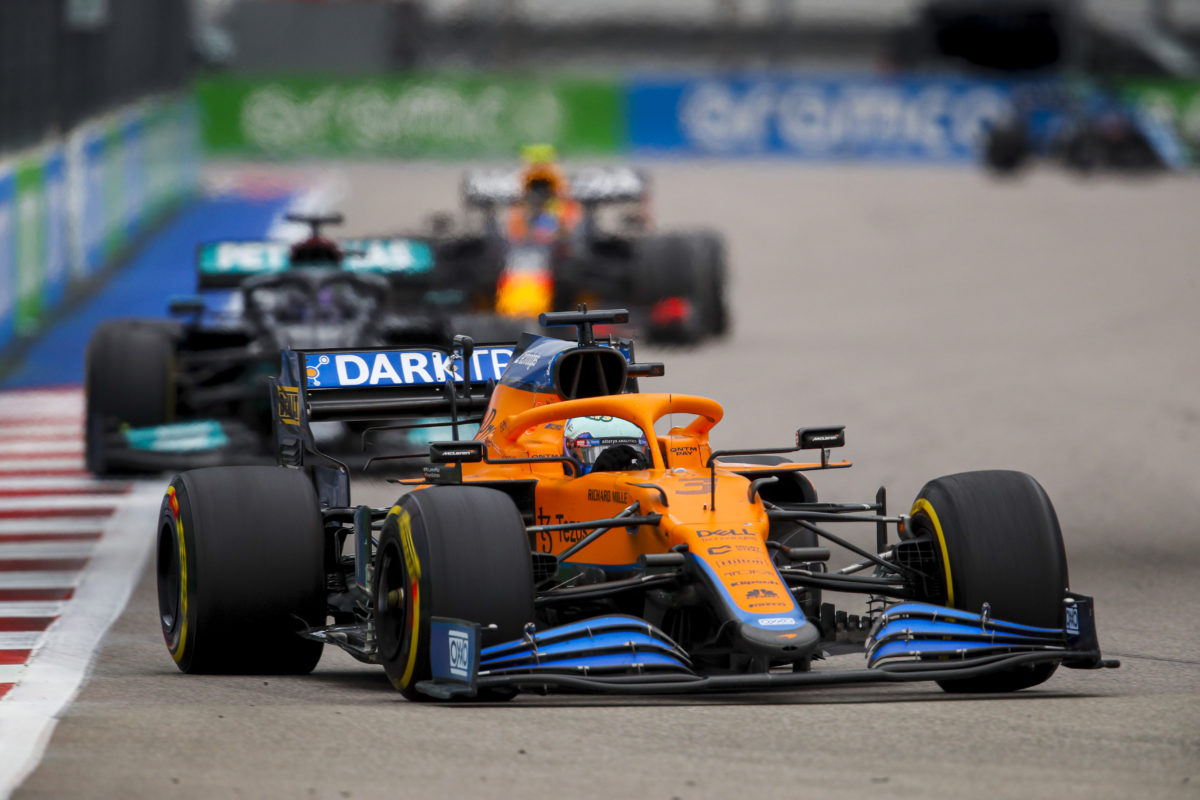 The Spaniard raced for the Woking operation for two years prior to his switch to Ferrari for 2021.

His place at McLaren was filled by Daniel Ricciardo, who in Italy delivered the team’s first race win since Brazil 2012.

Last weekend, Lando Norris qualified on pole and was leading in the closing stages before being caught out by the deteriorating conditions.

“I feel like McLaren as a race team is ready to win championships, they just need a car capable of doing it,” Sainz said.

“As it was demonstrated in Monza, they had a car capable of taking a one-two, and instead of getting nervous or collapsing, the race team is so strong.

“Both the engineers, the strategy and everyone is so strong over there that what they did is to take a one-two with a fastest lap in the first opportunity they had to do so.”

McLaren and Ferrari are split by 17.5 points in the battle for third in the constructors’ championship after the opening 15 rounds of the season.

Sainz was third in Sochi, his third podium of the season having also climbed the rostrum in Hungary and Monaco.

His Ferrari team-mate, Charles Leclerc, claimed pole on the streets of the Principality, and again next time out in Azerbaijan, with a sole podium appearance at the British Grand Prix.

McLaren’s duo has recorded five podiums between them, including Ricciardo’s win in Monza.

“I know how strong that team is,” Sainz said.

“That is a great reference for us in Ferrari also to fight against them in third for the championship because I feel like that team is ready to win races.

“It’s an interesting challenge for us as a team and, we can learn from it and take it onboard for next year when we hopefully can have a chance.”