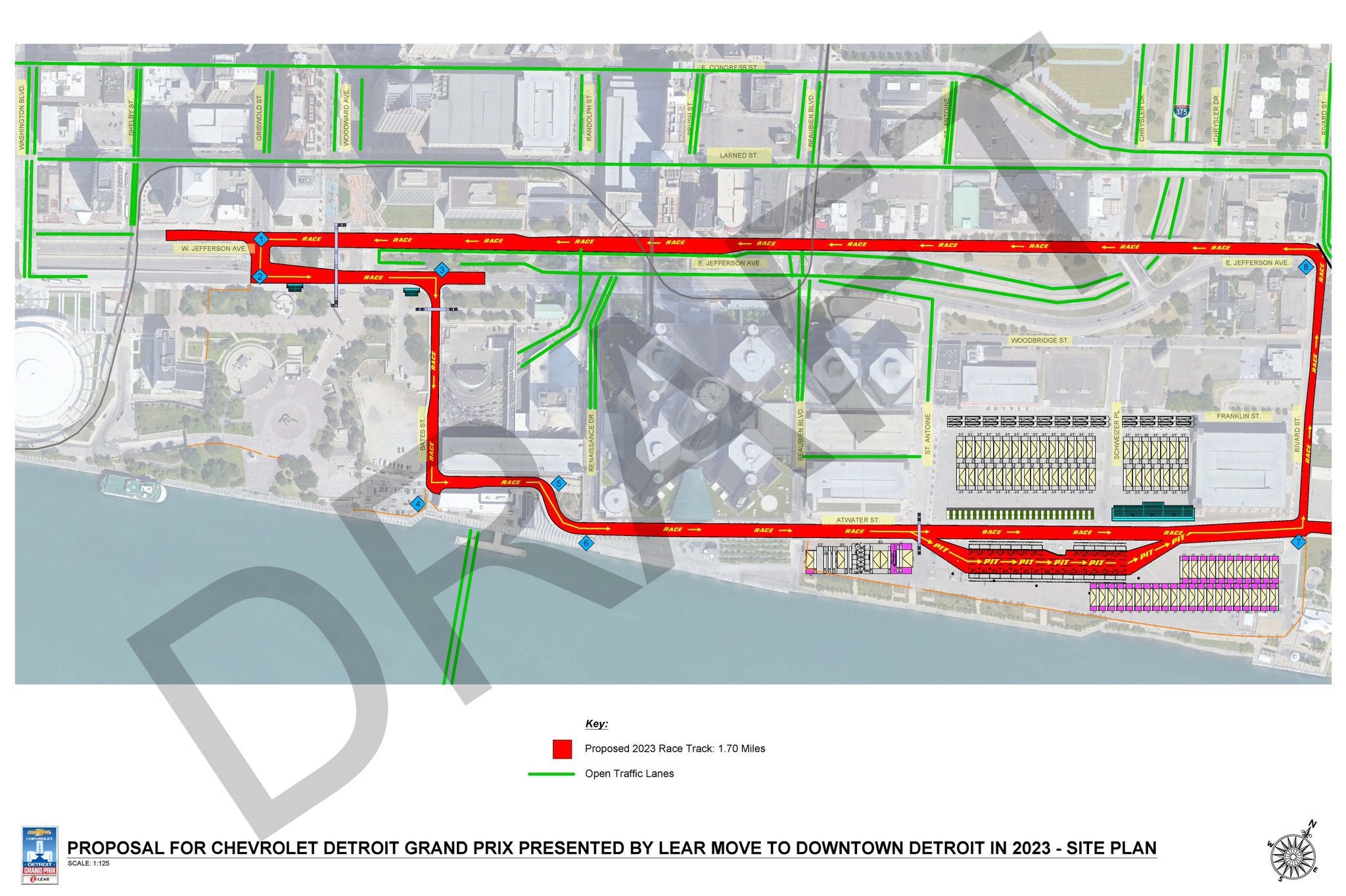 Detroit Grand Prix organisers have revealed a proposed street circuit design in a bid to move the event to the city’s heart.

The IndyCar Series currently races at the Belle Isle Street Circuit on the Detroit river; however, organisers are looking to move the race downtown in 2023.

The proposed design features just eight turns and measures in at 2.73 km (1.7 mi), around one kilometre shorter than the Belle Isle course.

“The Detroit Grand Prix has built a great tradition in the Motor City and we are excited to add to the event’s legacy next year and beyond,” a statement from organisers read.

“While we have the option of extending the current agreement with the State of Michigan to host the Grand Prix on Belle Isle through 2024, we are exploring the option of returning the event to a downtown street circuit beginning in 2023.”

Detroit has had a long-standing relationship with racing on its streets back to the 1980s when Formula 1 held the Detroit Grand Prix between 1982 and 1988.

After Formula 1 stopped racing near the Renaissance Center, CART began using the circuit.

That lasted three years from 1989 to 1991 before CART switched to the Belle Isle Street Circuit in 1992. The series raced there until 2001 before IndyCar revived the event in 2007.

Detroit Grand Prix organisers said the move would help reconnect the event with its roots.

“The Grand Prix began as a downtown event, hosted on the streets of Detroit from 1982-1991, before making the transition to Belle Isle,” the statement continued.

“An annual summertime racing festival on the streets of Detroit would represent a connection to the rich heritage of the Grand Prix, the opportunity to engage with broad audiences and provide an even greater boost to the local economy while adding to the energy and momentum that is building downtown and along our beautiful waterfront.

“As plans continue to develop, we look forward to providing an update on the exciting future of the Detroit Grand Prix.”