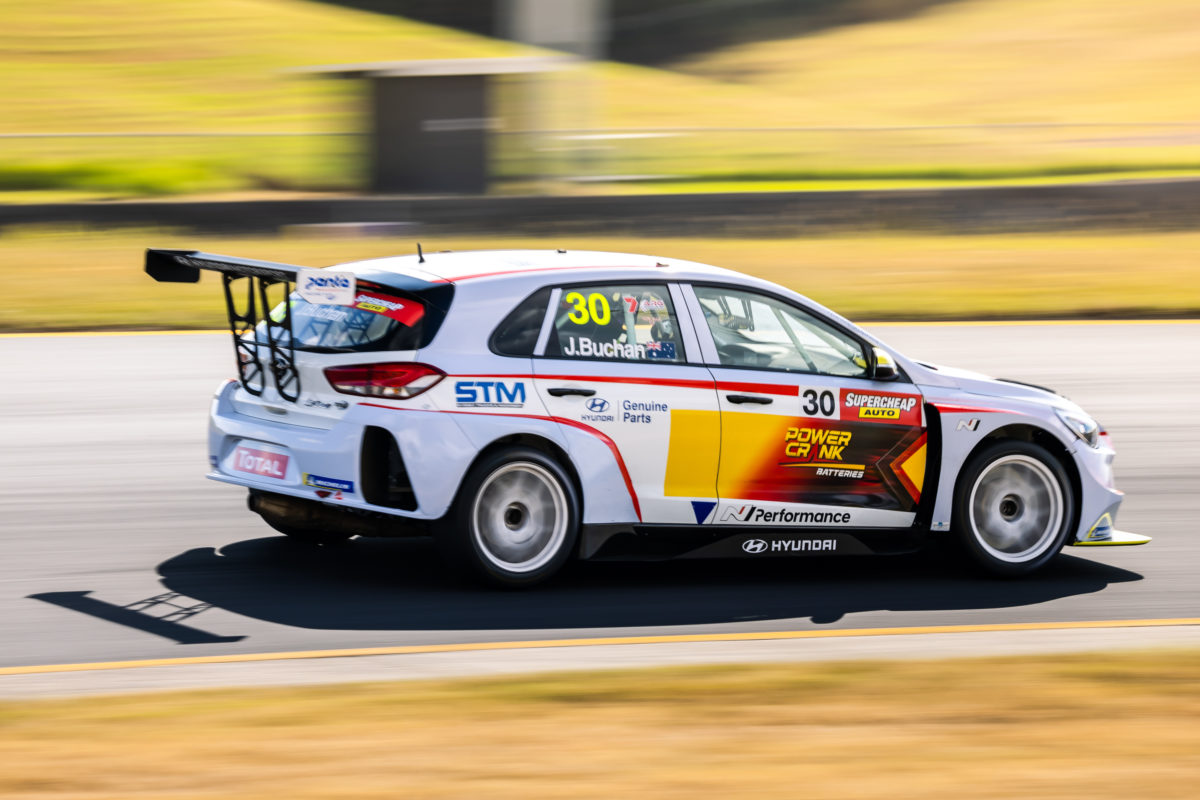 Hyundai is keeping an eye on Australian youngsters as potential future WTCR – World Touring Car Cup drivers, having previously earmarked Will Brown for such a programme.

Brown won the inaugural season of the Supercheap Auto TCR Australia Series, in 2019, and was named an official Hyundai Motorsport Customer Racing Junior Driver in the following year.

The COVID-19 pandemic put paid to what plans the Korean marque had for the Queenslander, who is now a full-time Repco Supercars Championship driver with Erebus Motorsport.

However, Hyundai continues to look at Australia as a breeding ground for its future world cup drivers.

As it turns out, the youngster who took over Brown’s i30N seat at HMO Customer Racing, Josh Buchan, is the marque’s sole race winner in Supercheap Auto TCR Australia so far this year.

Buchan took his first two victories in the category in the most recent round of racing, at Sydney Motorsport Park back in May, and sits third in the series.

Based on comments from Customer Racing operations leader Andrew Johns, he could be in the frame for a junior berth as well.

“From here in Alzenau [Hyundai Motorsport headquarters in Germany] we’re watching results from all over the globe,” said Johns.

“We’re not pinpointing countries like we must have a driver from there, it’s literally about race wins.

“If a driver from Australia is in a Hyundai doing great things and achieving results combined with being good in front of the media, if they can couple results with their persona outside of the car then we would be very keen to bring them onto a junior driver programme.

“Or if a seat opened up in TCR Europe or WTCR, if we saw a talent in Australia then we would consider them.”

With no racing in TCR Australia last year, and the country’s external border closed, Brown was unable to benefit.

“There were opportunities that were presented to Will, but unfortunately due to COVID he wasn’t able to take advantage,” lamented Johns.

“We weren’t able to take advantage of Will’s talent to do what we wanted to do with him in other championships.”

The final round of this year’s Supercheap Auto TCR Australia Series will take place at the Repco Bathurst 1000, from November 30-December 5, although there is talk that it could also join the undercard at one of Supercars’ four Sydney Motorsport Park events, the first of which takes place in late-October.