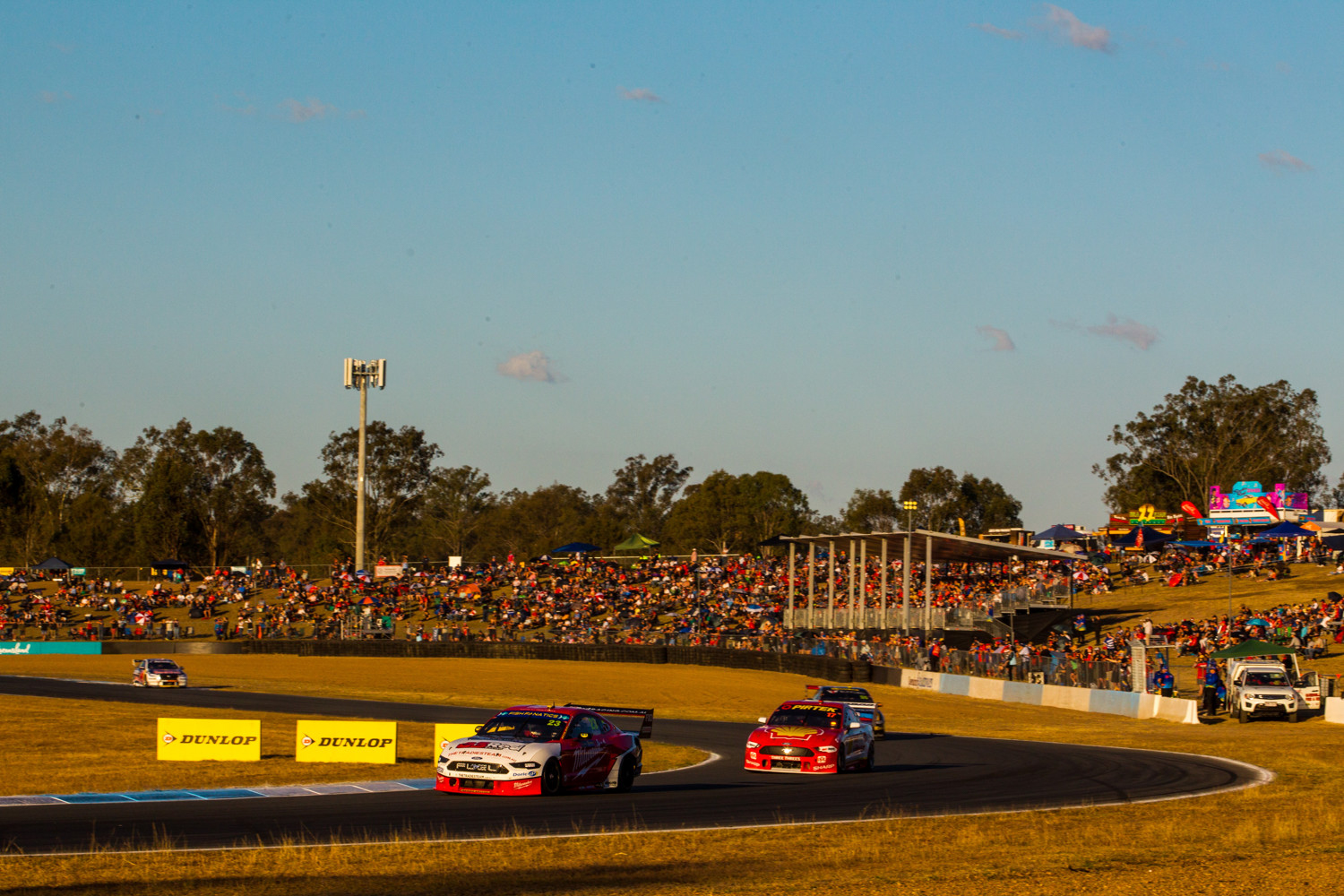 Queensland Raceway was in line to host a Supercars double-header. Picture: Dirk Klynsmith

Attempts by Supercars to host a Queensland Raceway double-header were ultimately kiboshed due to exorbitant costs and no guarantee the events could go ahead with crowds.

In recent weeks it emerged Queensland Raceway was firming for back-to-back events in an effort by Repco Supercars Championship powerbrokers to reach its minimum 12-round threshold for 2021.

Victorian- and New South Wales-based teams were to head for Queensland and quarantine upon their arrival, though the cost associated and the possibility of a lockdown proved too risky.

Queensland has been a hub of sorts for domestic and international sporting fixtures in recent weeks.

Supercars was set to join that list of sporting codes with an NRL-style hub touted as a possibility.

By and large, Queensland has not let COVID-19 get out of control since the initial outbreak in 2020.

The state has not recorded more than 10 cases in a single day since early August.

However, Queensland Premier Annastacia Palaszczuk has frequently hinted at lockdown measures being enacted even for low case numbers.

“First of all, I just want to thank John Tetley [Queensland Raceways operator] and his team at QR,” said Seamer.

“They have been outstanding this year and there’s been multiple times and multiple variations of trying to get to QR.

“But at the end of the day, the bubble costs were getting very, very significant and not something we were able to proceed with.

“Once we got through that bubble, there was no guarantee that we were going to be able to compete with crowds.

“So if something went wrong with Queensland, as we’re starting to see now as it relates to the NRL grand final, it could have been a significant investment for naught, which is why we decided to take the certainty of Sydney Motorsport Park.

“Noting that also gives our people maximum freedom because we’ve got a lot of people in Victoria and New South Wales that have been locked up for a long time.

“It’s a big ask to ask all of those people to go and do a bubble in Queensland to compete, particularly when there’s no guarantees around being able to have crowds.”

In recent days there has been a cluster emerge out of Brisbane with new cases subsequently sprouting in nearby Gold Coast and Townsville.

As yet, no lockdown measures have been introduced, though greater Level 2 restrictions are now in place.