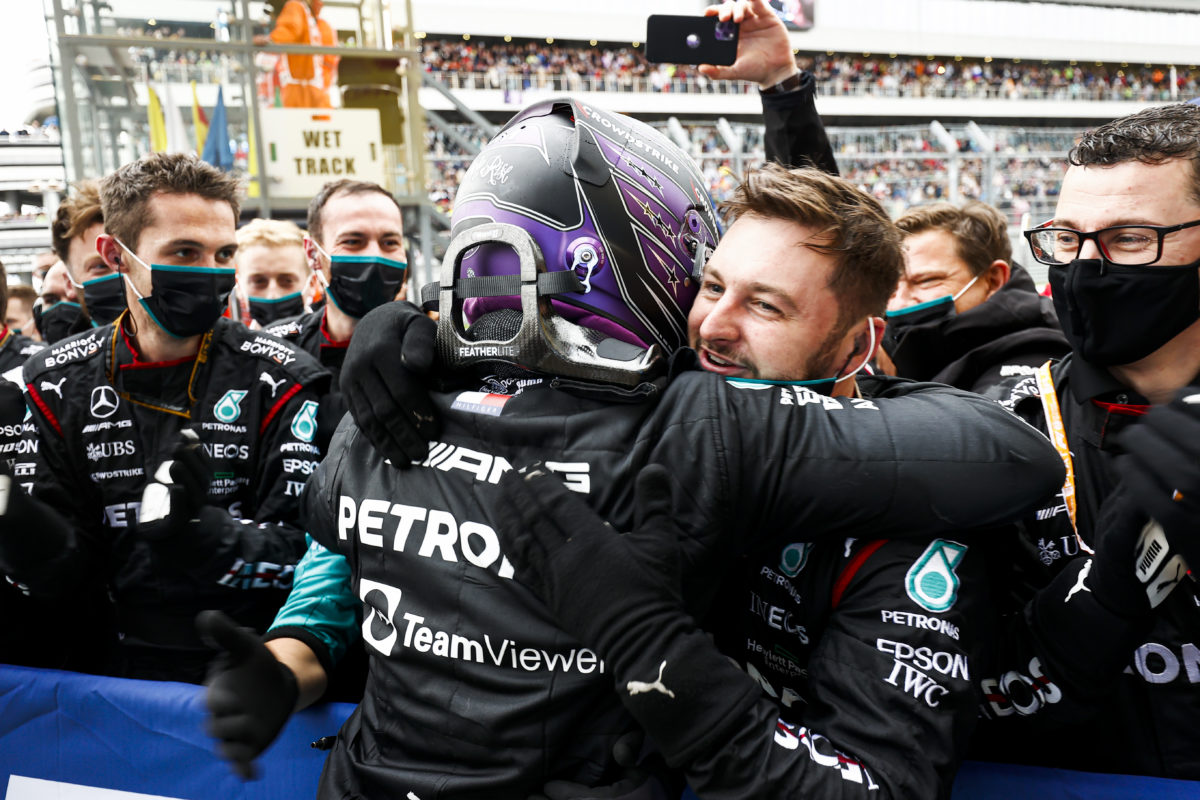 Lewis Hamilton has explained that it isn’t the thrill of winning in itself that keeps him going but the impact he sees it have on those who support him.

Of that tally, 78 have come since the turbo-hybrid era was introduced in 2014, a period of 153 races during which has seen him net six world championships.

“Well, it’s obviously been an incredible privilege,” Hamilton said of his prolonged success.

“When I decided to leave McLaren and move to this team, I truly believed that at a certain point we would experience great success, but of course I could never have expected or imagined that we would have had the success we have had.

“We’ve all had to bring our A-game time after time, and that’s what’s exciting about this sport.

“Every year has new challenges, new tech. The technology is continuing to advance, and we’ve been at the forefront of that.”

While Hamilton has won 78 of the last 153 races, Mercedes has claimed 107; 20 for Nico Rosberg and nine for Valtteri Bottas.

It makes Mercedes arguably the most dominant team in world championship history, even more so than the all-conquering Ferrari operation of the early-2000s.

“I don’t think it’s the winning that’s the addictive part,” Hamilton responded when asked if winning is addictive.

“Maybe when you’re younger that’s probably the thing that you’re chasing all the time, and of course that’s what we are chasing, but I think it’s what’s going on in the background which people don’t necessarily get to see.

“It is that grafting, it’s that ride of emotions that you have with each and every single individual within the team, both at the track, but also back at the factory.

“It’s quite a long-distance relationship you have with people at the factory, because there’s so many people, you don’t get to see them all the time naturally, but you’re all in the same boat rowing in the same direction.

“So it’s that journey, and then seeing the happiness on people’s faces when you have this success.

“That’s probably the part that’s contagious and something maybe that I will say that I chase mostly.”