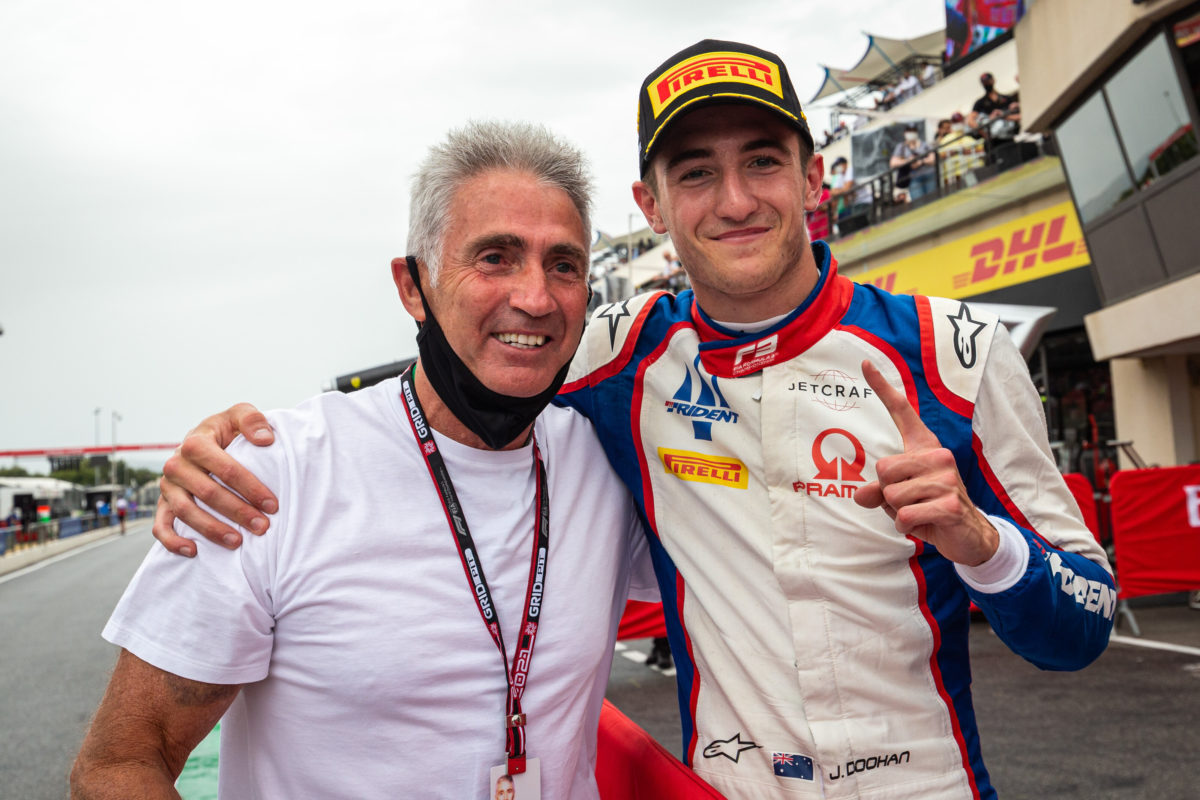 Jack Doohan with his father, Mick

The Australian has confirmed to Speedcafe.com that he is currently in discussions about stepping up the ladder towards Formula 1 next season.

“Yes, that’s the normal step,” Doohan confirmed when asked if he was set to make the move.

“Luckily for me a year like this, it’s giving me opportunities to be able to hopefully go in to a race-winning car.

“Nothing locked in,” he added, “just kind of seeing what the options are and making sure that we make the right choice.”

Doohan raced with Trident in 2021, having switched from HWA Racelab following a character-building 2020 F3 campaign.

While Trident has a presence in Formula 2, the benchmark operation in recent seasons has been Prema Racing.

Since being reintroduced in 2017, only Prema Racing and ART Grand Prix have won the Formula 2 title.

The two operations were also successful when the competition was run under the GP2 Series banner – Jolyon Palmer (DAMS, 2014) was the last driver to claim the championship in F1’s premier feeder category from outside of one of those operations.

While the Formula 3 season has concluded, two rounds remain for Formula 2, namely in support of F1 at the Saudi Arabian and Abu Dhabi Grands Prix.

Even still, Doohan hopes to have his future locked away in the near future.

“Everything will be going quickly as people want to get locked in, so I want to be confirmed in the coming weeks at the latest,” he said.