Both Grove Racing and Bespoke Motor Cars cut laps at the regional circuit, an activity which is permitted under the state’s provisions for professional/high-performance sportspeople.

For father-son duo Stephen and Brenton Grove, the laps were their first since May’s The Bend round in the Porsche 911 GT3 R which they christened at the start of the current season.

“We had four or five different things that we wanted to try yesterday and different philosophies that I guess we kind of worked through at The Bend,” said Brenton Grove.

“We realised there were some deficiencies with where we were at, so we had a really strong plan to work through.

“Most of it all came off, so I think we’re in a much better place in terms of understanding and getting the most out of the car, then we were when we last drove it.” 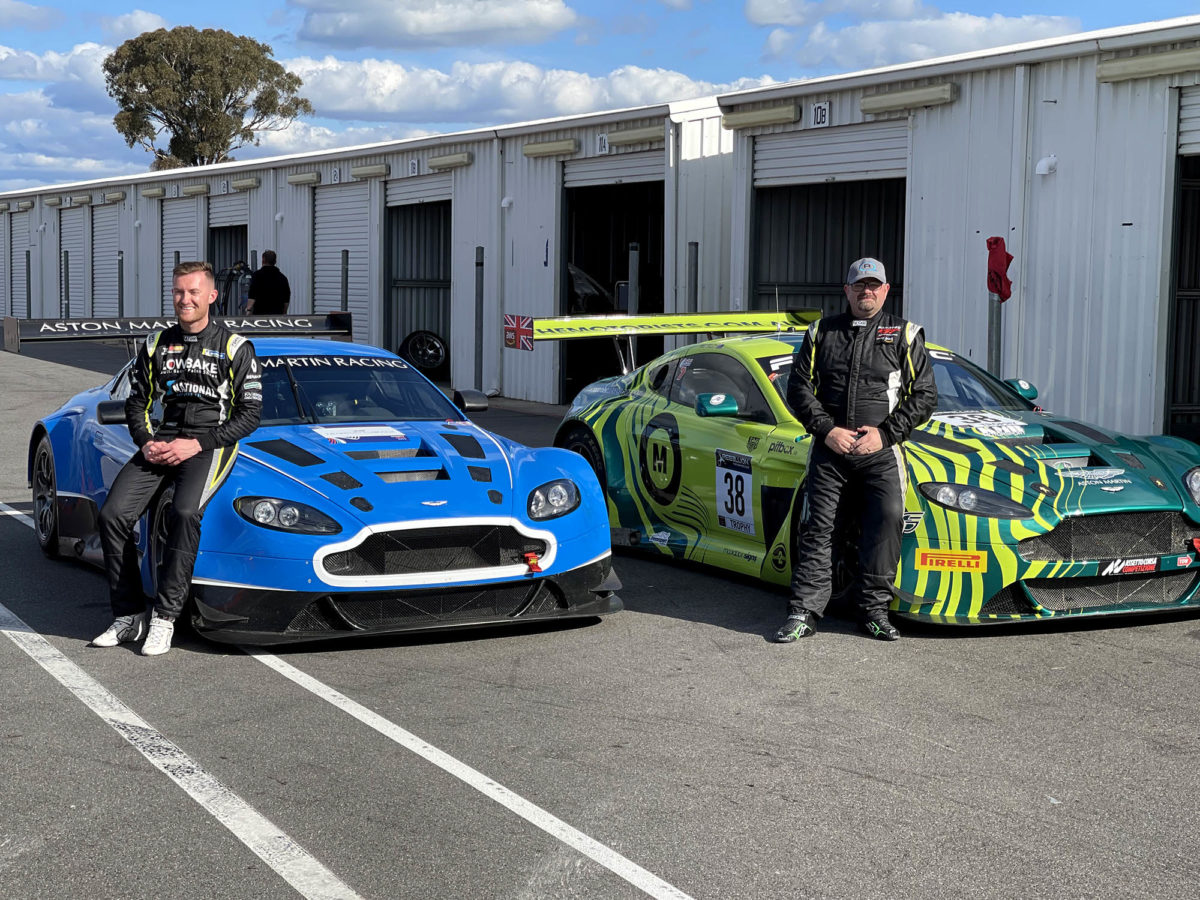 While Supercheap Auto TCR Australia driver Dylan O’Keeffe was also behind the wheel to provide feedback, the newer car remains a spare.

The team did, however, use the day to work on software and mapping of the 2011 car.

“Getting back into it yesterday, I think we made a few of those modifications to repair it,” explained Bailey.

“We did a good set-up and actually compared it to the blue [2015] version.

“It was good to test the two Aston Martins back-to-back because the 2011 and 2015 were very different in driving characteristics, but the times were similar, within tenths.”

The Australian GT field will be in action at the Repco Bathurst 1000, from November 30-December 5.