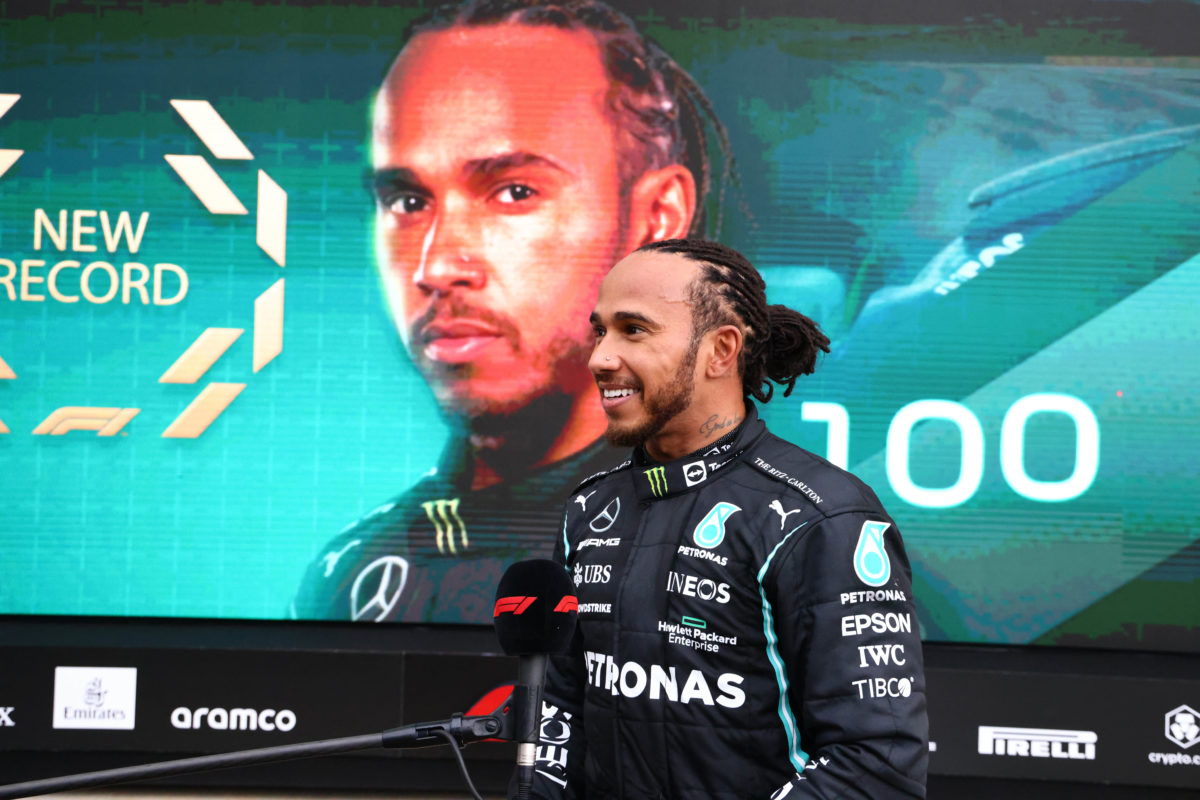 Lewis Hamilton’s former team boss Ross Brawn has suggested the seven-time world champion could end his career with more race wins as an individual than Williams has as a team.

Hamilton sealed his 100th success on Sunday by taking out his fifth Russian Grand Prix.

He is the first man in the sport’s history to reach triple figures, next best being Michael Schumacher with 91 wins.

“It’s a milestone no one thought anyone would ever reach,” Brawn, now F1 managing director of motorsport, wrote in his latest column for the sport’s official website.

“Michael’s tally of 91 was so far ahead of what anyone else had ever done at that point that it never seemed conceivable that anyone would get near it.

“But then Lewis beat it – and now Lewis has 100 wins. There is nothing stopping him.

“Who knows where it’s going to end up?”

Brawn was at the helm of Ferrari during Schumacher’s reign over the sport and was key in luring Hamilton from McLaren to Mercedes in 2013.

In July, Hamilton inked a new two-year extension with Mercedes, which will see him remain in the sport until he’s at least 38.

Kimi Raikkonen is the oldest driver in the field at 41 (he turns 42 next month) while Fernando Alonso celebrated his 40th birthday in Hungary two months ago.

“He’s with us for another couple of years at least – and he will win races every year,” Brawn hypothesised of Hamilton’s future.

“It’s just staggering and congratulations to him, as it’s a centenary that no one ever thought would be achieved.”

Such has been Hamilton’s success that it’s entirely plausible that he will individually surpass Williams’ tally of 114 world championship race wins.

The British team is the fourth most successful in terms of race wins in the sport’s history, its last success coming at the 2012 Spanish Grand Prix via Pastor Maldonado.

Its tally of 114 is also the same number as Lotus (excluding the ‘Lotus F1 Team’ anomaly) and Brabham, both world championship-winning operations and dominant at times in the sport’s history, achieved collectively.

He has since won at least once in every one of the 14 seasons which have followed, amassing seven world championships in the process.

His achievements were recognised, together with his charity and philanthropic works, with a knighthood in the 2020 New Year’s Honours.

Hamilton currently holds a two-point advantage over title rival Max Verstappen in their duel for the 2021 world championship.