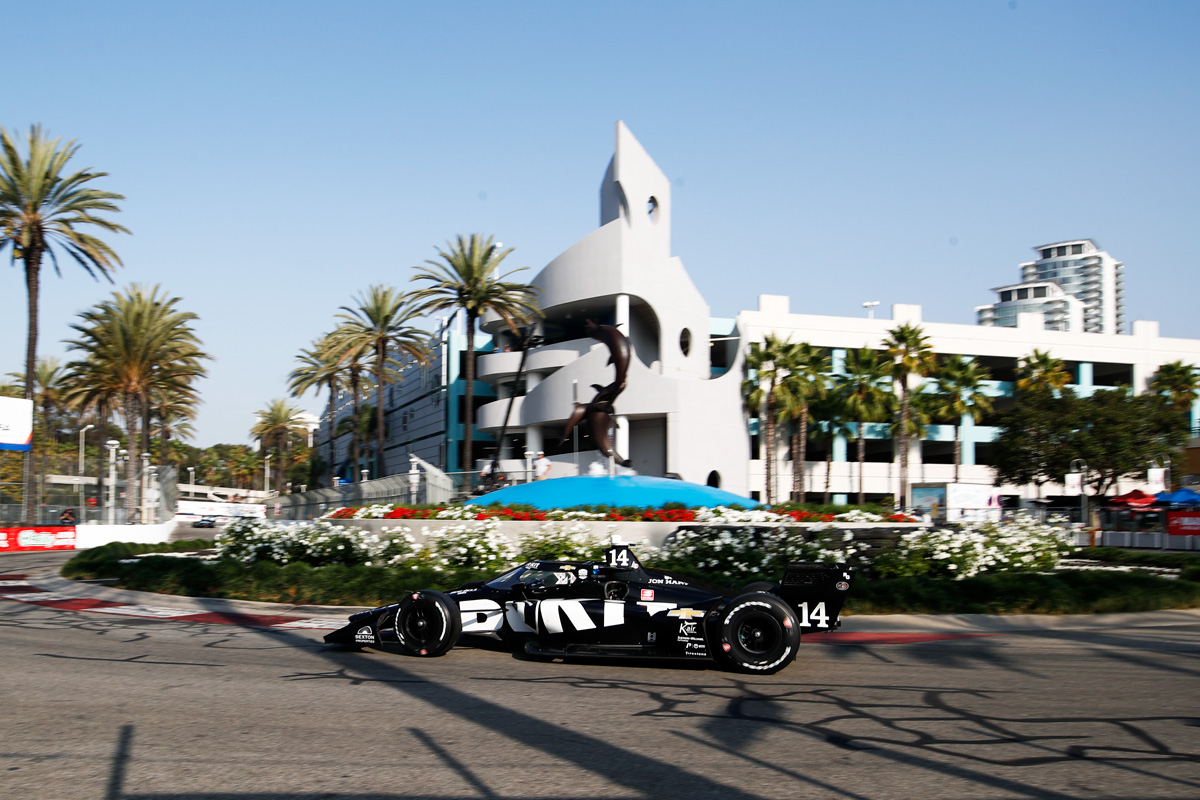 Sebastien Bourdais and A. J. Foyt Enterprises have stopped short of confirming an IndyCar Series future together in 2022.

Four-time Champ Car title winner Bourdais joined the squad owned by legendary former driver Foyt in the back half of 2020 and has led its charge full-time this season.

The 42-year-old placed eighth in the season-ending Grand Prix of Long Beach at the weekend to secure 16th in the overall standings.

That was despite looking down and out in the opening stages of the race, his stricken car triggering a full-course caution.

“A pretty good day for the ROKiT Chevrolet #14 here with A.J. Foyt Racing; from 22nd, (and then) essentially last, to P8 with really good strategy from the boys,” Bourdais said.

“I had a pretty quick car, which I knew we were not that bad, but I didn’t think we’d be that quick during the race.”

Bourdais’ 2022 plans are yet to be confirmed, with reports from America indicating a full-time IMSA tilt is on the cards.

“Not quite sure what the future is going to be made of but if it was to be the last one, not too shabby for the last one, and I really hope to see you guys next year,” he added.

A. J. Foyt Enterprises team president Larry Foyt was stoked with the determination that brought Bourdais back into contention.

Commenting on the future, he said: “All in all, this was not the year that we were hoping for, but we never gave up and the team made gains.

“We aren’t exactly sure what our [2022] line-up will be at this point, but we will be back and focused on getting stronger and moving up further in the championship standings.”

Bourdais’ regular team-mate Dalton Kellett finished 23rd in the points without a single top 10 finish, while Charlie Kimball and J. R. Hildebrand made cameo appearances for the Chevrolet-powered squad.