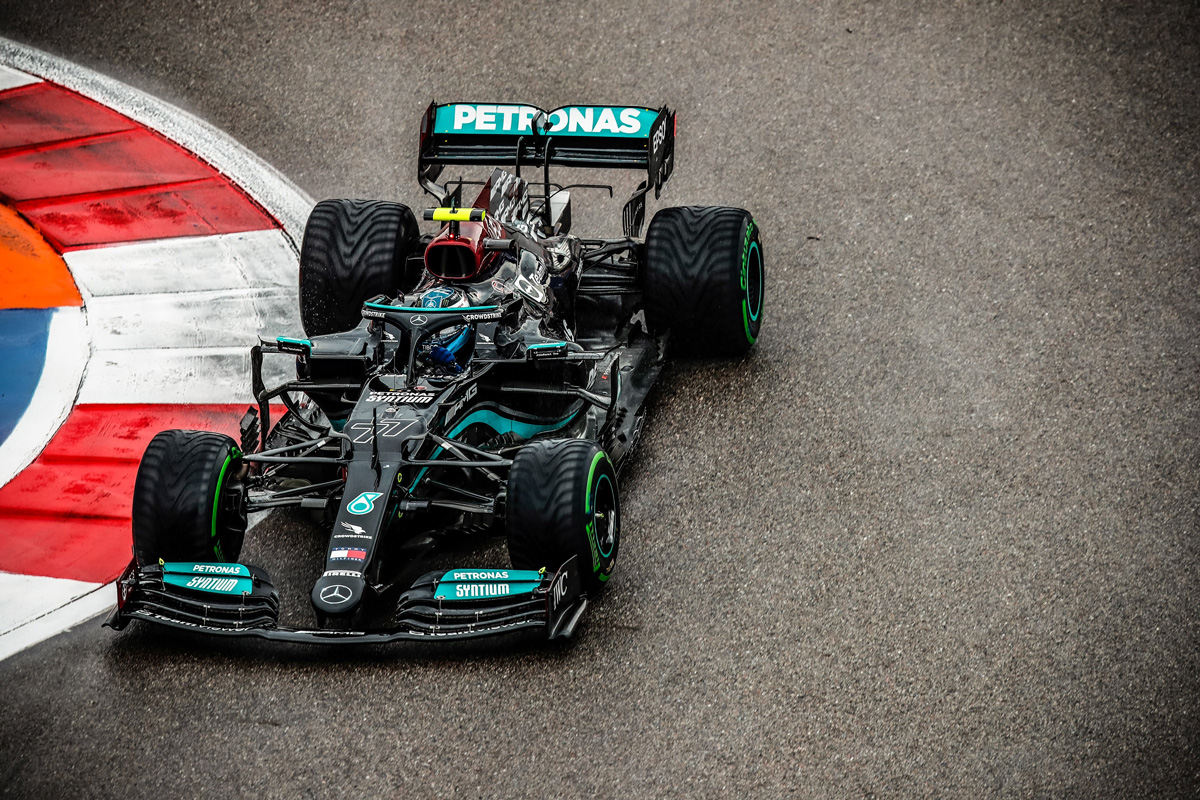 Valtteri Bottas has admitted he was expecting a smoother run in the Russian Grand Prix before a dramatic late downpour rescued his race.

Bottas has seemed to have an affinity with the Sochi circuit, taking his first Formula 1 win there in 2017, as well as his most recent triumph 366 days ago.

Last Friday he picked up where he left off in 2020, sweeping both practice sessions (Free Practice 3 on Saturday was washed out).

However, a mixed qualifying session left him set to start the race seventh; that would become 16th after a power unit-related penalty, perhaps strategically taken in a bid to hold up championship contender Max Verstappen, who was starting 20th and last.

It was half-expected Bottas would charge through the field in race trim but that did not eventuate, with the #77 Mercedes running well outside the points before rain hit the circuit.

The Finn was among the first to switch to intermediate tyres, pitting on Lap 47 of 53, a move that paid dividends as conditions worsened, improving to finish fifth.

“It was a difficult race and not an easy day, but the situation at the end with the rain saved it for me,” said Bottas.

“Before that, I was struggling to progress through the field. It was much more difficult than I thought it would be, because I just couldn’t follow through the corners – I was getting big understeer.

“I couldn’t carry the speed and get close enough to overtake, and other cars were finding it easier to follow closely.”

Bottas in fact wanted to make the change to inters even earlier.

“I wanted to stop one lap earlier but the team wasn’t quite ready, but we were still one of the first cars to stop, which was good,” he continued.

“I managed to climb up the order and score some good points, which is positive after a tricky day.”

The Alfa Romeo-bound driver is third in the championship, his efforts helping Mercedes hold a 33-point advantage over Red Bull on the teams’ side of things.