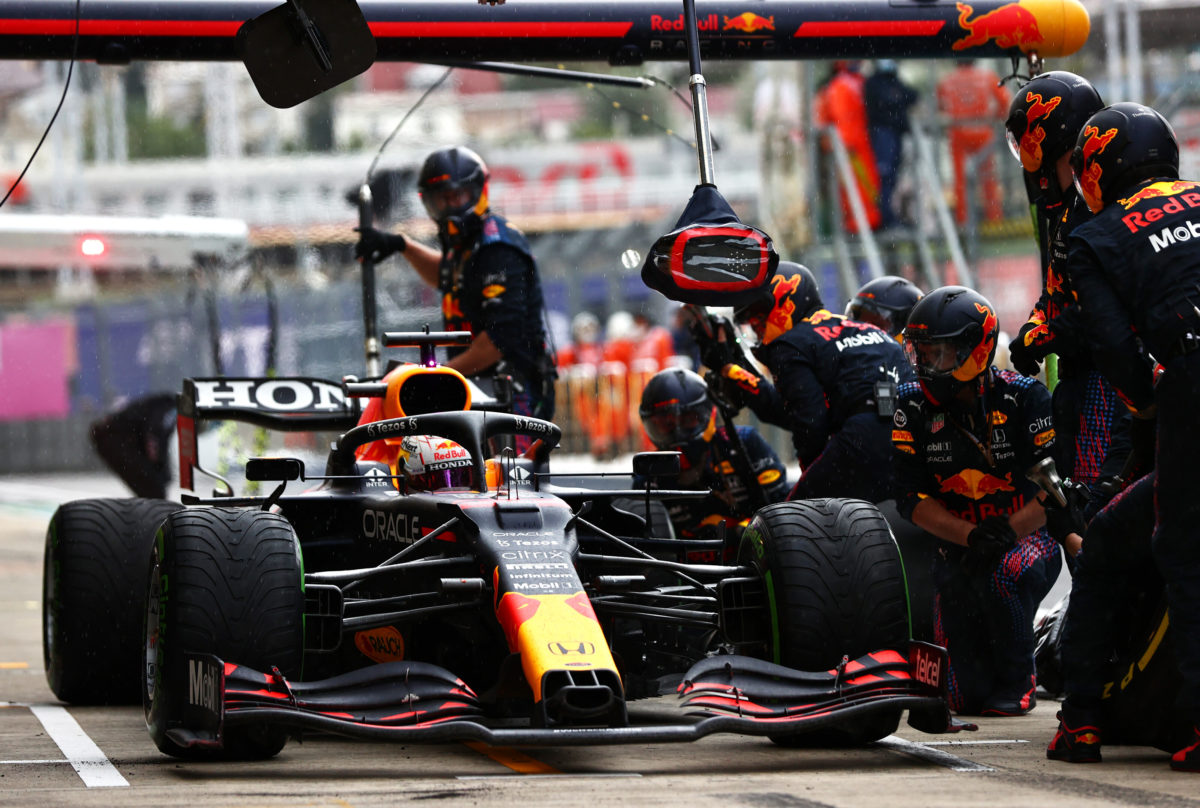 Max Verstappen has admitted that he didn’t expect to finish second in the Formula 1 Russian Grand Prix.

The Dutchman started the race from last after a power unit change before Free Practice 2, and a three-place grid drop following his part in a clash with Lewis Hamilton at the Italian Grand Prix.

Strong early pace in Sunday’s race saw the Red Bull driver quickly move into the points paying position, though a lack of grip in the latter stages looked set to see him drop down the order.

However, late rain changed the complexion of the race with five laps remaining and afforded Verstappen the opportunity to steal an unlikely podium.

“We will definitely take that result,” he said.

“Of course to come from last to second is very good and when I woke up this morning I definitely didn’t expect this result.

“To finish where we did with the penalty we had, we didn’t lose as many points as we could have so as a team we did a really good job.”

Heading into the race, Verstappen held a five-point advantage over Hamilton.

Victory for the Englishman meant a seven-point championship swing in the Mercedes driver’s favour.

The result can therefore be considered a case of damage limitation.

Key to that was opting when to stop as the rain began to fall late in the race.

Lando Norris, who’d controlled the race for the most part, made the call too late when he boxed on Lap 51, three laps after Verstappen had been in the lane.

One of the first to do so, the Red Bull driver rejoined the race seventh but rose to third on Lap 50 as others stopped to swap their slicks for intermediate tyres.

He then moved up to Norris after the McLaren driver’s gamble backfired on Lap 51, leaving only Hamilton ahead.

“It was a crucial call to change to the inters, it was really slippery on track and we made a great decision with the timing and took the right lap to pit,” Verstappen explained.

“A lot of things can happen when you’re starting from the back of the grid, especially on the first lap when other cars are fighting each other, but we stayed out of trouble, kept it clean, and managed our race very well.

“The race itself was not very easy, it was difficult to pass other cars and once you got stuck it was easy to damage your tyres but luckily in the end the rain helped us make the last jump in positions.”