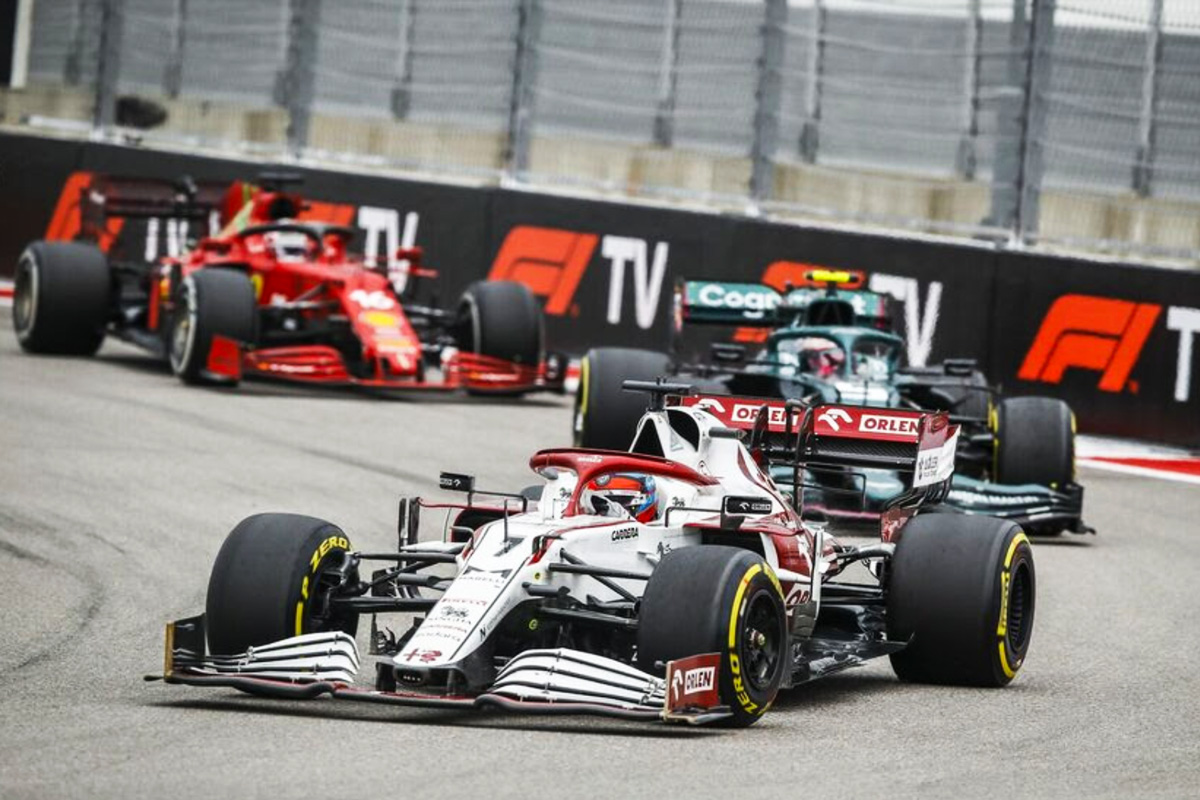 Kimi Raikkonen on track in Sochi

Alfa Romeo defied expectations in Sochi to make a small dent on Williams’ advantage in the battle for eighth in the Formula 1 constructors’ championship.

With neither Kimi Raikkonen nor Antonio Giovinazzi making it out of Q1 for Alfa on Saturday while George Russell nabbed third on the grid, Williams appeared set to land a knockout blow.

Russell however dropped back following the opening stint and it was Raikkonen who capitalised on the late downpour to take a season-best eighth place finish.

That netted four points for his team, while Russell could merely muster the one point that comes with 10th.

Williams remains 16 points clear of Alfa with seven rounds remaining in 2021, but the Russian Grand Prix turnaround does at least give the latter some hope.

“It was a good result we fought hard for,” said Raikkonen.

“We could keep up with our rivals in the dry but passing them was not easy, especially in the DRS trains.

“In the end, we made the right call on the tyres: I thought it was getting too wet and we chose to box, which really helped us in the end.

“We did the best we could and we have some points to show for it.”

Team principal Frederic Vasseur added: “It’s a good result, a reward for the job we have done so far and a confidence boost ahead of the next race in Turkey, in two weeks.”

As for Mercedes-bound Russell, he took a philosophical view of proceedings.

“I thought we had a really strong race today,” said the Brit.

“We held our own and made no silly mistakes and that was our Grand Prix throughout.

“We held third for the first 12 laps and it was quite fun fighting for this position, trying to keep cars like the McLaren, the Mercedes’, and the Aston Martin behind and we have to be proud of this.

“I struggled at the end on the intermediate tyre as I was on a used set having gone through all of our sets in qualifying yesterday.

“In the end, it is another point on the board so we will take it.

“It wasn’t the dream result but before the weekend if we’d have been offered 10th and another point, we would have taken it.”