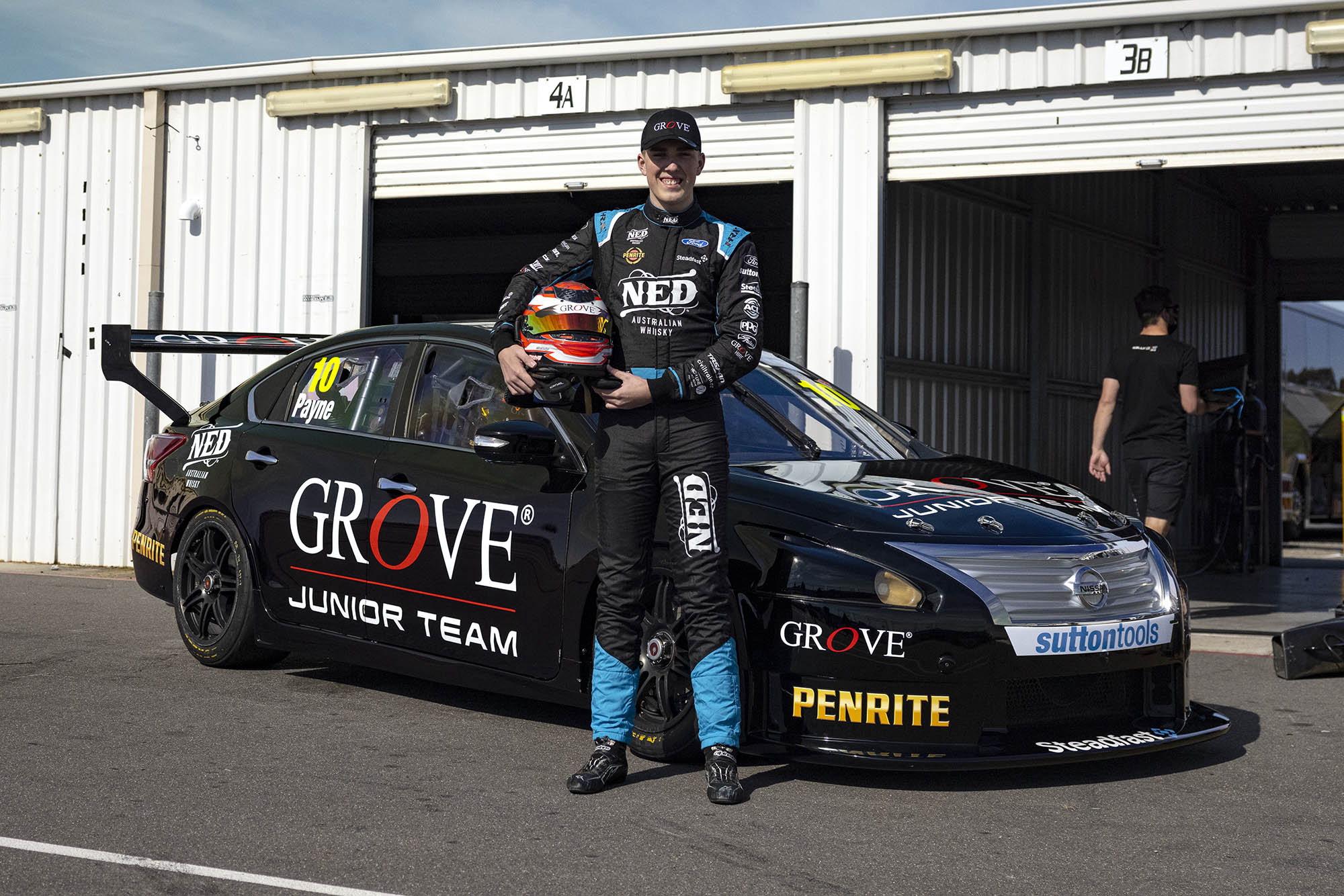 Matthew Payne has taken to the wheel of a Supercar at Winton Motor Raceway for the first time with Kelly Grove Racing.

The 18-year-old is today piloting one of the team’s Super2 Series specification Nissan Altimas in anticipation of a development series programme.

It comes after his signing to the Grove Junior Team, a programme designed to bring young up-and-coming talent through high profile categories.

The Kiwi is being supported by Brenton Grove at the test today, who has two years of Super2 Series experience and three Bathurst 12 Hour class wins to his credit.

“It has always been a dream of mine to race in Supercars, so today is the first opportunity to see what it’s like,” said Payne.

“I can’t thank Stephen and Brenton Grove enough for not only this evaluation day but for giving me the chance in the new Grove Junior Team.

“It’s a very exciting time and I’m looking forward to rewarding their faith in me.”

Recently, Heimgartner and Kelly Grove Racing announced they had not re-signed, the team subsequently moving to put Payne as first pick to replace his countryman in 2022.

Heimgartner will instead compete for Albury-based outfit Brad Jones Racing next year.

While Payne is plan A for the Braeside-based team soon to be known as Grove Racing, he faces an obstacle in getting the necessary Superlicence dispensation.

That process will require Payne to receive approval from Motorsport Australia and the Supercars Commission.

With an indeterminate number of rounds remaining in this year’s Porsche Carrera Cup Australia series, Payne lies a credible sixth with one win to his name.

The series was set to feature at Winton, Phillip Island, Sydney, Bathurst, and the Gold Coast, though the 2021 calendar is now up in the air.