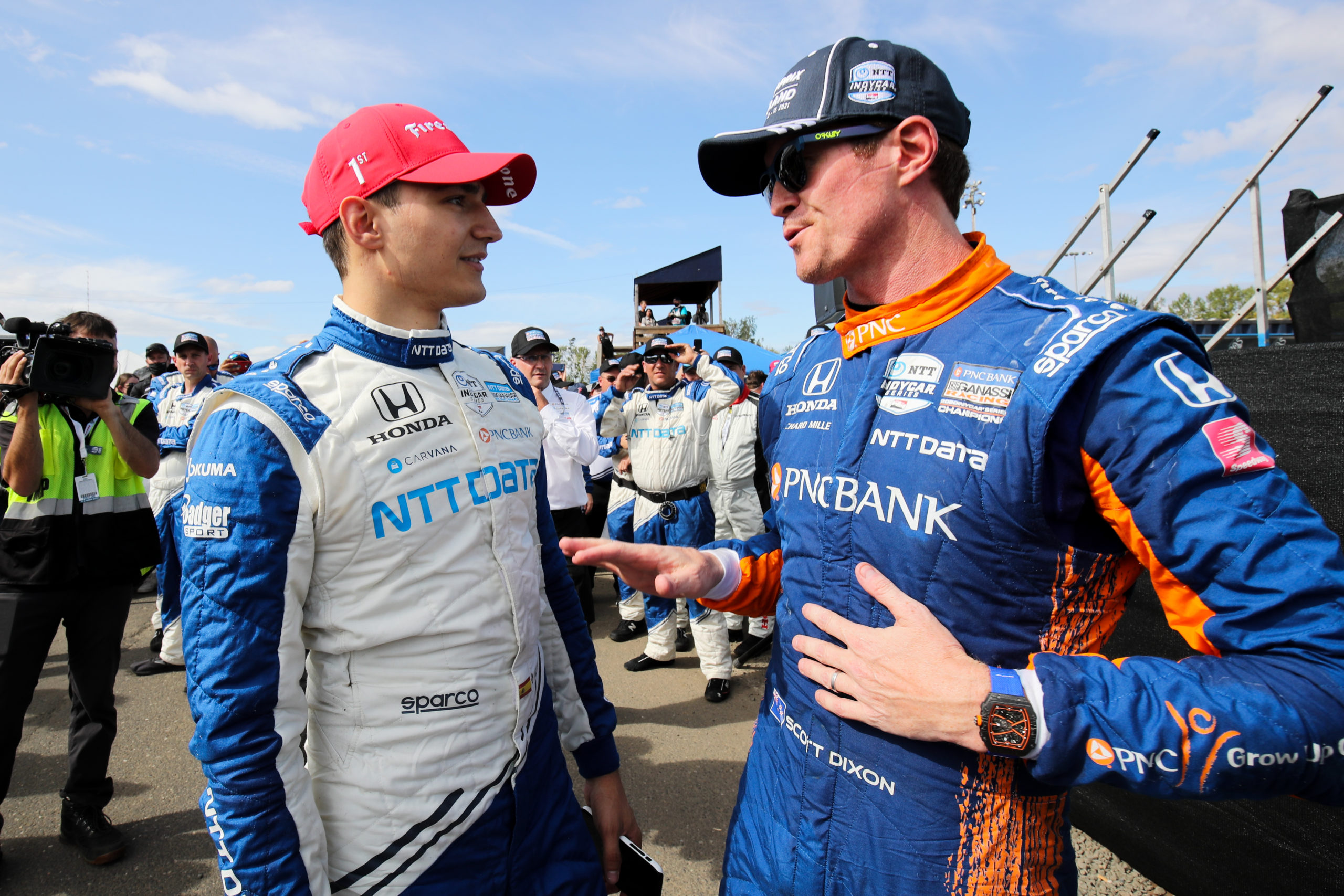 With a fourth place finish at the Grand Prix of Long Beach, Palou secured this year’s Astor Cup and brought the #10 entry its first title since 2011 when Dario Franchitti won the series.

It marked back-to-back series wins for the team after Dixon won the 2020 season, his sixth such title.

Palou’s title success drew a resounding response from team boss Chip Ganassi, who likened the Spaniard to his most successful driver Dixon.

The 24-year-old said he was overwhelmed to hear Ganassi draw the comparison, hailing Dixon for his support.

“I don’t think there’s anybody close or like Dixon. He’s an amazing driver, really complete.

“I’ve been learning a lot from him; from how to go faster, to save fuel, save tyres, think better while I’m in the car, everything. Yeah, it’s a lot of thanks to Scott.”

Palou started the season off in emphatic fashion, winning the opening race at Barber Motorsports Park.

His second podium of the season would come at the Indianapolis Motor Speedway road course, putting him firmly at the top of the pile after strong showings at Texas Motor Speedway too.

His second Indianapolis 500 start nearly bore fruit too, falling just shy of the win to Meyer Shank Racing’s Helio Castroneves who notched up his fourth win at The Brickyard.

Palou won again at Road America and then Portland International Raceway, his last win seeing him fight from the tail end of the field after a first lap incident saw him relegated by officials.

“I think the best moment from this year has to be Portland,” Palou recounted.

“I think it was a tough race for us. We started on pole. We were shuffled at the back. We had to overtake some really fast cars on track.

“We made that win that we needed to win the championship. I think that is probably the best memory.

“The best memory before that sounds weird, but I think battling with Helio was quite special,” he said in relation to the Indianapolis 500.

“For me Indy 500 obviously it hurt this year a little bit. At the same time I learned a lot. That’s one thing that, yeah, obviously I want to win so bad.

“If we keep on performing like we do, it will come. I don’t know if it’s going to be next year or two years or five years. Who knows. It’s only one race, 200 laps. There’s so much stuff going on.

“If it’s not next year, I’m not going to worry too much. I think we have lots of years to come.”