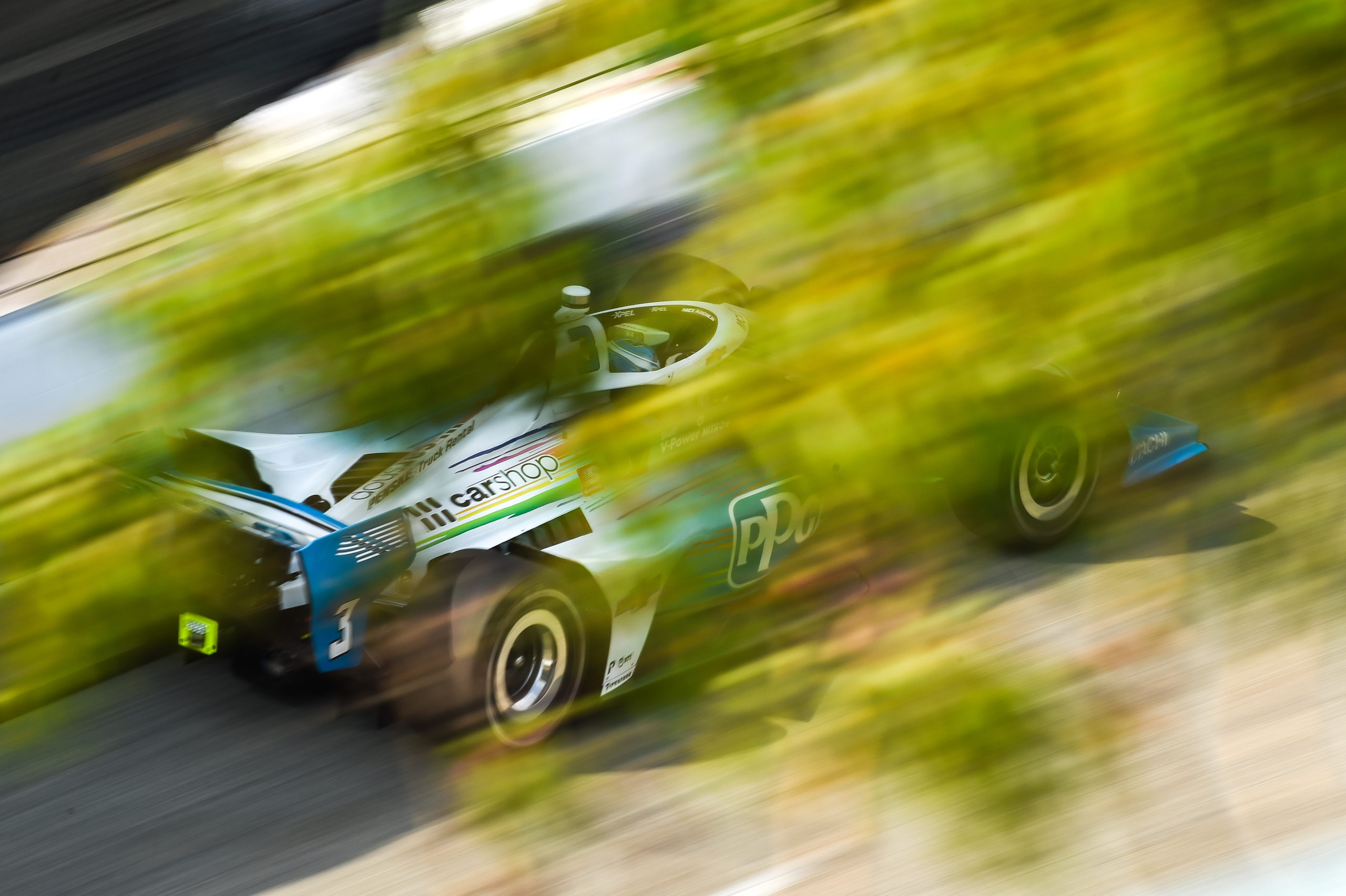 Scott McLaughlin has done the double, winning Rookie of the Year titles in the IndyCar Series and Indianapolis 500.

In doing so, McLaughlin has become the first Rookie of the Year winner for Team Penske in its illustrious history dating back to the 1960s.

An 11th place finish at the Acura Grand Prix of Long Beach was enough for the three-time Supercars champion to win the crown.

It came after title adversary Romain Grosjean of Dale Coyne Racing with Rick Ware Racing suffered damage to his car and lost several laps in the pits.

“I’m really proud of everyone in the PPG Chevy,” said McLaughlin.

“I think the car has been awesome and I’ve finally got it to my liking, the last sort of six or seven races.

“I’m really proud of everyone and really excited for the next year. This year was a foundation year, all about building, and I feel like I’ve done that.

“Hopefully I can be a little bit further up next year.”

McLaughlin said he’ll look to make a marked improvement year-on-year, studying his team-mates to see where he can develop himself.

“Every area I need to get better,” he explained.

“Certainly, the first thing for me is fitness, continually getting better with that and then obviously working on bits and pieces with my engineer.

“That will change during the year. Jonathan Diuguid will be moving onto the IMSA/WEC programme, the sportscar programme. I’ve got a new engineer I’m going to work with. It’s all about building relationships and getting better.”

Earlier this year McLaughlin finished 20th on his Indianapolis 500 debut, but for a time was vying for a top 10 finish until he received a pit lane speeding penalty.

The New Zealander’s maiden season was highlighted by a second place finish at Texas Motor Speedway in only his fourth race start.

In all, McLaughlin claimed five top 10 finishes, leading his first laps at Portland International Raceway at the third-to-last round.