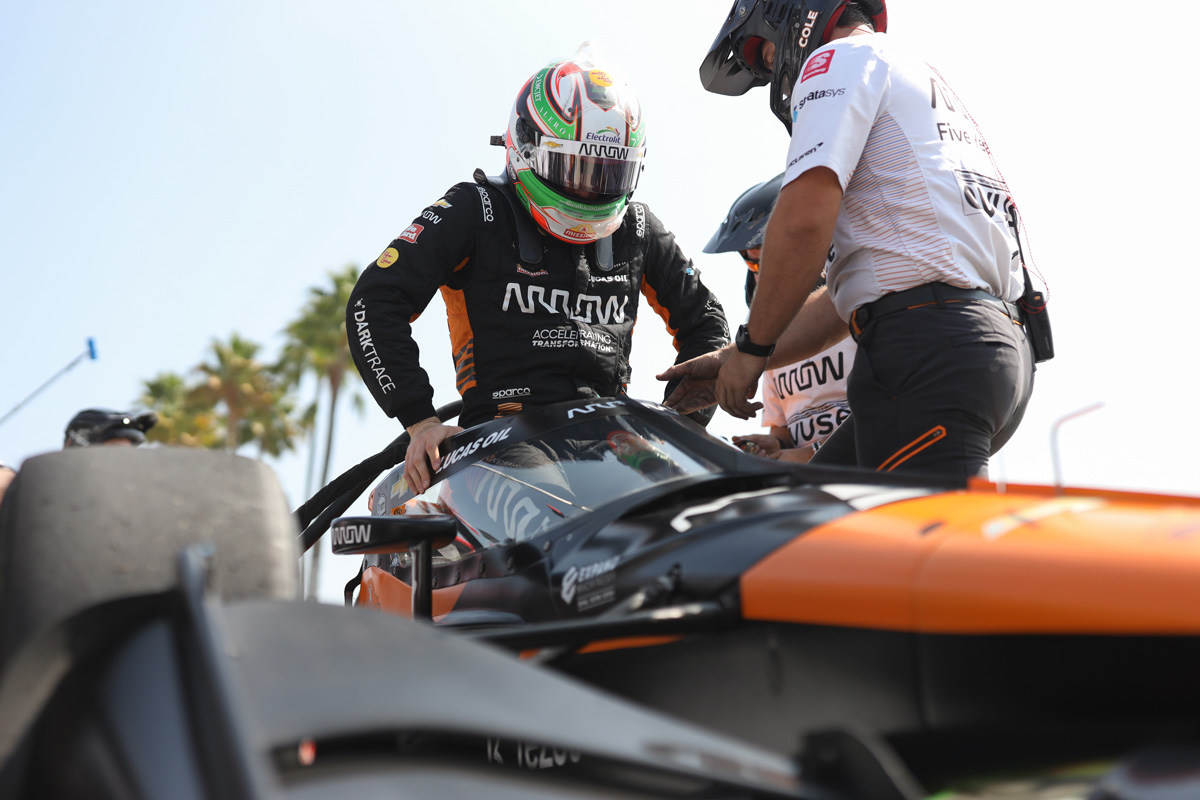 Pato O’Ward is officially out of the IndyCar Series title race after a horror early run in the Grand Prix of Long Beach finale.

However, frustrations from qualifying yesterday carried over into today, O’Ward starting further back than planned and duly getting caught up in some Lap 1 carnage.

The #5 dropped to the back of the field after being tagged by an overzealous Ed Jones, although a caution period moments later for the stricken #14 of Sebastien Bourdais offered a small reprieve.

Jones was slapped with a drive-through penalty, McLaren boss Zak Brown describing the move as “amateur”.

But needing to finish second and lead at least one lap, O’Ward’s race ended on Lap 18, grinding to a halt.

That leaves polesitter Josef Newgarden as the last man standing in Palou’s way.

Newgarden must win the race to have any chance of a third series crown, while Palou can seal the deal by finishing 23rd or better.