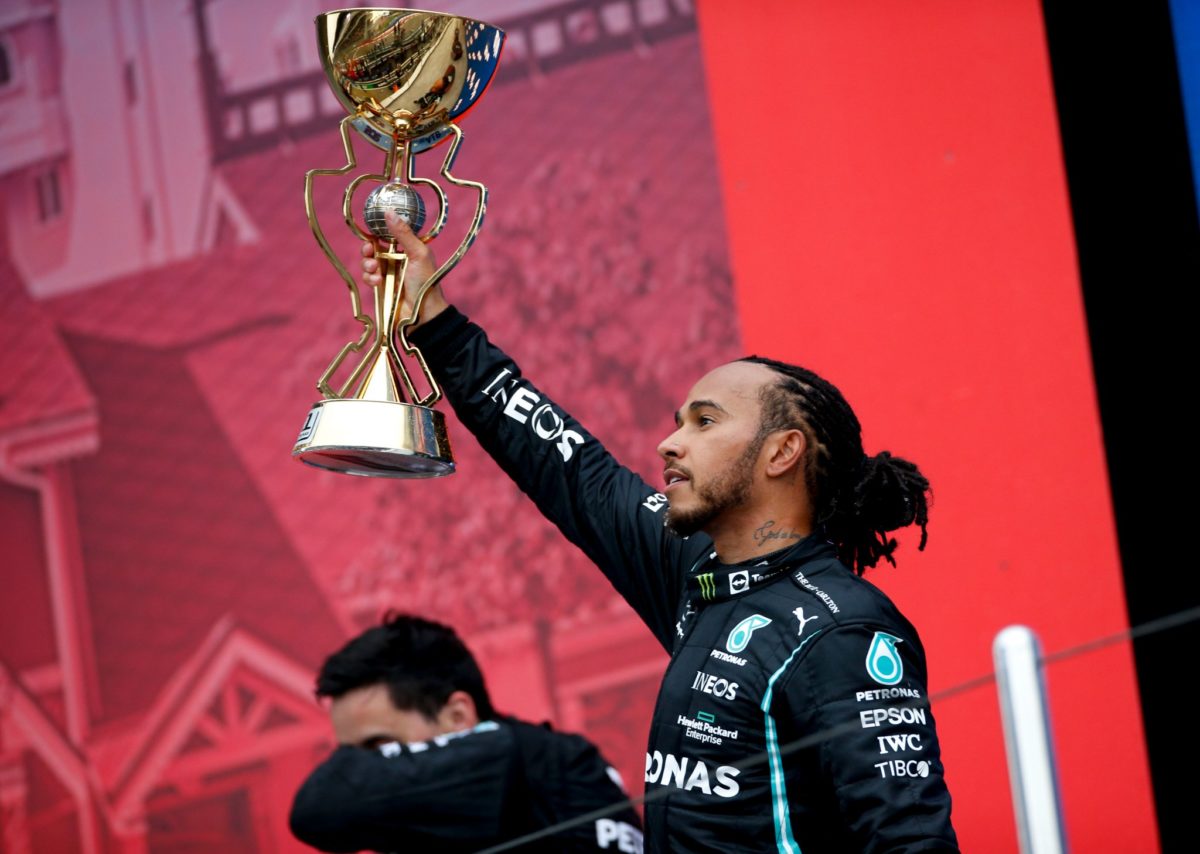 Lewis Hamilton described securing his 100th Formula 1 victory as a “magical moment” after he took honours in the Russian Grand Prix.

The Brit headed Max Verstappen and Carlos Sainz to the line in Sochi in a race that saw late rain skittle the field – including race leader Lando Norris.

It opened the door for Hamilton to claim his fifth win of the year, and his first since the British Grand Prix in July.

In doing so, he became the first driver in the sport’s history to take 100 race wins.

“I could have only ever dreamed of still being here and having this opportunity to be able to win these races, and get to drive with such phenomenal talent this late in my career.

“And to continue to be building with Mercedes, of which I’m so proud of everything we’ve done, not only on track but also off.

“It’s a special moment I think for everyone that has been a part of it.”

Hamilton entered F1 with McLaren in 2007, and came within a point of winning that year’s championship.

Over the course of his 14-year career to date, he’s recorded at least one victory in every season and has never finished lower than fifth in the points standings.

The 36-year-old paid tribute to the team who work with him, some of whom have been with him for nearly two decades, but saved special mention for his father.

“I’ve had the most incredible team back home, my little personal team at Project 44,” he said.

“Honestly there’s so many, too many to name, but ones that have been with me since 18 years.

“[I’m] just forever grateful to them for their continued support and belief in me.

“To my parents also, my dad even just last night, just the same as the first race I had or the first championship that I fought in when I was eight, my dad called me last night and he’s always been that one reassuring me and continuing to support me.

“There were moments where you didn’t even know if it was going to happen,” he added.

“So I feel incredibly grateful for the amazing support that I’ve had and especially to Team LH, Team LH Russia, and all over the world, they’ve been absolutely magical for so long.

“I couldn’t have done it without them.”