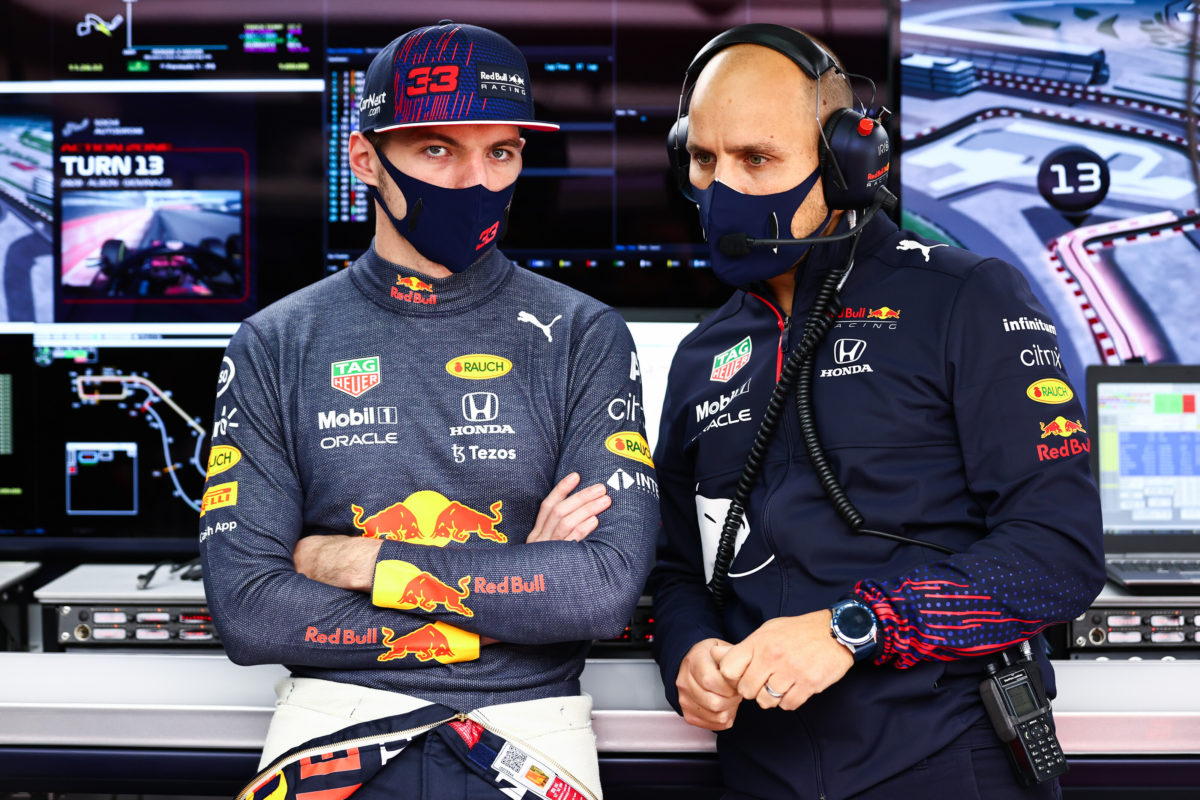 Championship leader Max Verstappen is targeting points in the Formula 1 Russian Grand Prix despite starting from the rear of the grid.

The Dutchman has been dealt a double-blow this weekend with a three-place grid penalty and a further drop as a result of taking a fourth Honda power unit.

With that in mind, Verstappen completed just two laps in qualifying, failing to set a time as he and the team accepted their fate.

“We decided not to do too many laps in qualifying as the risk of having a moment or an accident would not be worth it, especially as I’m starting from the back of the grid tomorrow,” he reasoned.

The new Honda unit was fitted to Verstappen’s car ahead of Free Practice 2 on Friday, the team looking to bank some dry running before the weather turned on Saturday.

It saw him spend the second 60-minute session focused on race pace rather than single lap speed, leaving him sixth on the timing sheets.

Free Practice 3 on Saturday morning was cancelled due to safety concerns resulting from heavy rain, which eased in time for qualifying.

Forecasts for Sunday are mixed, with many predicting a dry race while others suggest the threat of rain remains.

“The track conditions were fine and there was good grip, I think it will be similar conditions during the race,” Verstappen said.

“The team did a great job and I’m confident that we made a good decision about how we set up the car.

“Looking ahead to tomorrow, it’s always tricky as naturally the midfield will be a bit closer but it will be important to go out there and score as many points as possible.”

Verstappen holds a five point advantage over title-rival Lewis Hamilton, who will line up fourth for Sunday’s race.

The Mercedes driver did not have a clean run through qualifying, tagging the wall twice as he entered the pit lane during Qualifying 3.

Sergio Perez is set to start ninth in the second Red Bull, while Valtteri Bottas lines up seventh for Mercedes.

“Obviously we knew Max was going to be starting from the back of the grid and with today’s tricky qualifying conditions, the reward wasn’t worth the risk,” said Red Bull team boss Christian Horner of qualifying.

“So it was just about making sure everything was ready for him tomorrow.

“Checo will be disappointed to be starting from ninth position, a small mistake on his warmup lap on the slicks in Q3 meant he struggled to generate heat in the tyres and unfortunately missed out on being further up the field.

“The grid isn’t one anyone would have predicted coming into this weekend, and with dry weather forecast for tomorrow on a track where you can overtake, we could see even more overtaking and a very interesting race.”