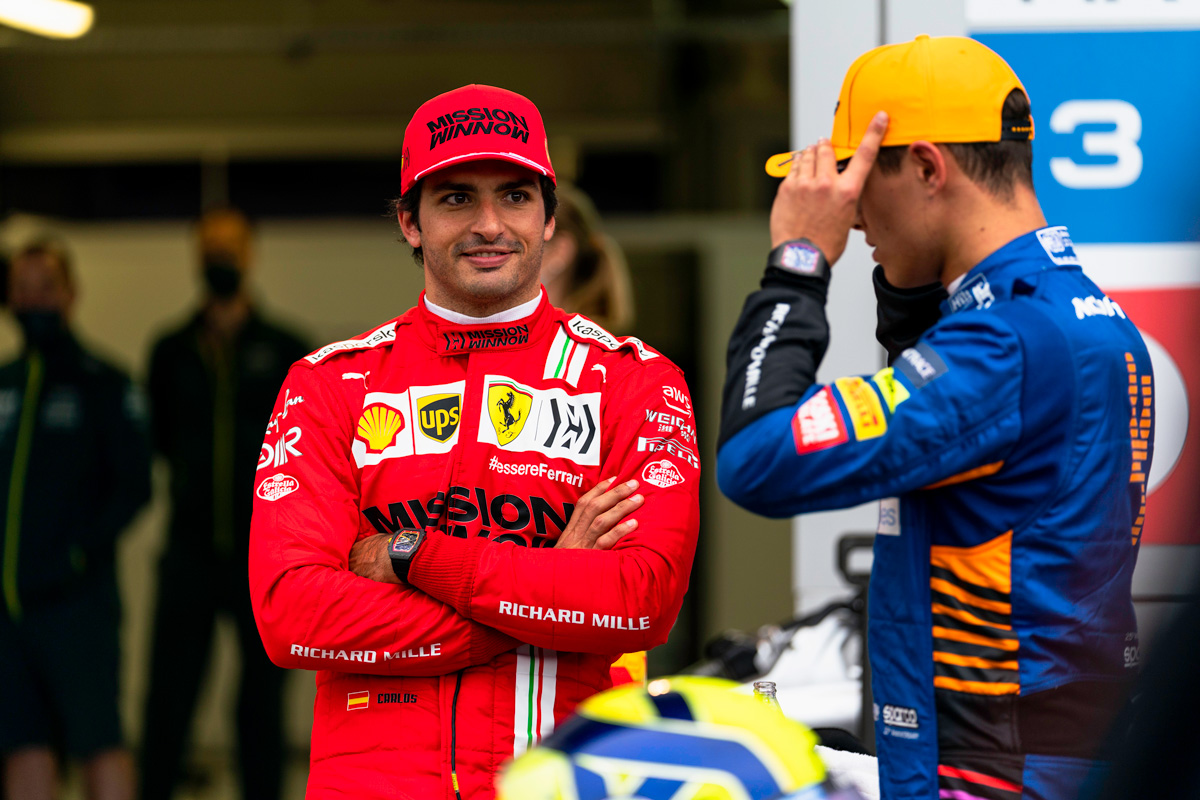 Carlos Sainz was left proud of his and Ferrari’s performance to secure a first ever Formula 1 front-row start for the Spaniard.

After torrential rain washed out Free Practice 3, conditions at Sochi gradually got better as qualifying for the Russian Grand Prix wore on.

With team-mate Charles Leclerc minimising his running due to a power unit penalty that will send him to the rear of the grid for tonight’s 22:00 (AEST) race – along with Red Bull’s Max Verstappen and Williams’ Nicholas Latifi – all eyes at the Scuderia were on Sainz.

He did not disappoint.

Sainz was among the first to switch to slicks during Qualifying 3 and delivered as others struggled, securing second behind former McLaren team-mate Lando Norris.

“It’s been a tough quali session but I’m proud how we managed the situation to end up putting a great lap together for P2,” said the 27-year-old.

“I like these tricky conditions and I really enjoyed that last attempt on the slicks.

“We were one of the first ones to cross the line and the wait until P2 was confirmed was tense, as the track was drying quickly.

“Front row for tomorrow is a good result, and I’m happy, but I would have preferred to keep pole.”

“Tomorrow it’s very likely to be dry and we had a decent pace yesterday.

“Graining on the front tyres will be challenging but I will give it all from the very first lap until the end.”

Sainz has four career podiums to his name, including two this season.

The front-row situation with Norris by his side is made all the more important by Ferrari and McLaren’s battle for third in the constructors’ championship.

The latter holds a 13.5-point advantage, and also has Daniel Ricciardo starting the grand prix from fifth position.