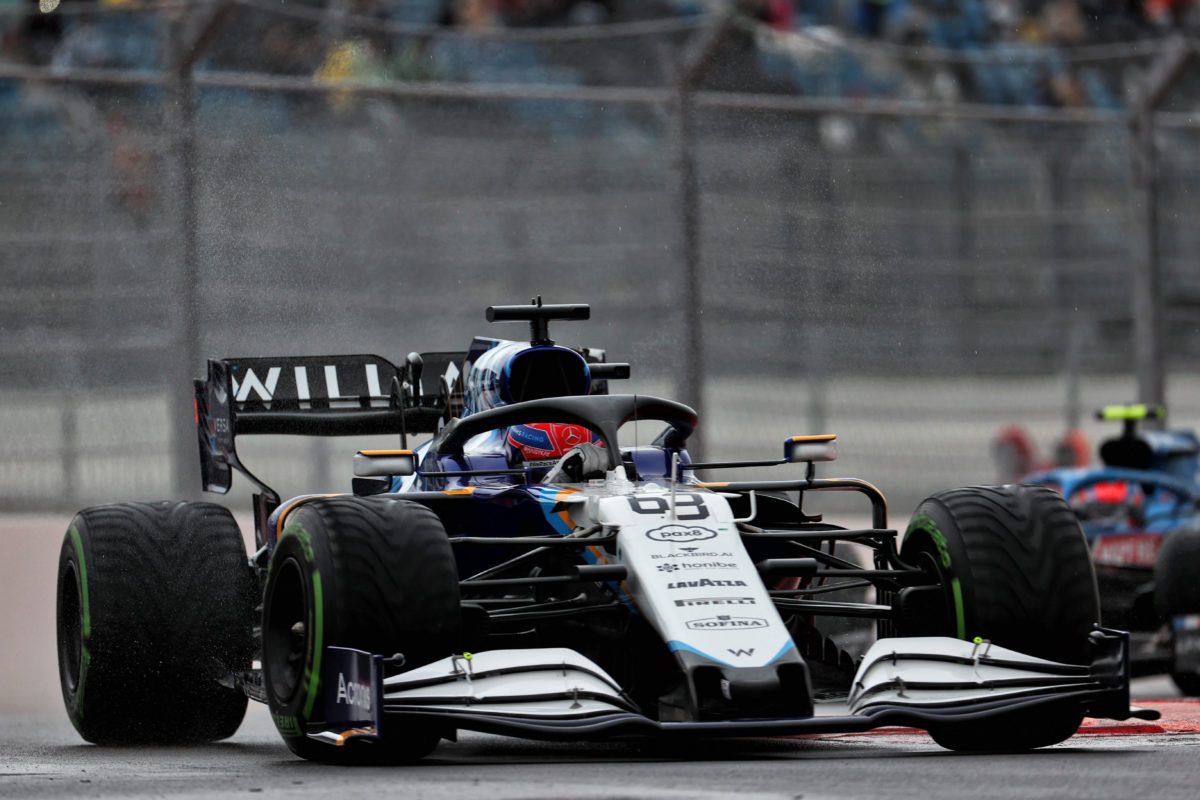 The Williams driver will line up third on the grid for Sunday’s race after making the most of tricky drying conditions in Sochi.

Russell was the first of the 10 remaining drivers in Qualifying 3 to make the switch to dry weather tyres, abandoning his intermediate tyre run early in the segment.

It afforded him more time on the slick tyres, allowing him to build temperature and extract greater performance in the final moments of the session.

“P3 is an incredible result and the team did an amazing job once again,” he said.

“We’re riding a wave at the moment and it feels pretty great.

“It’s high risk and high reward in situations like these but I knew it would be slicks for the end of the session.

“I managed to get the tyres in a good window and was building up to the limit to give it everything I had on the last lap.”

The Williams driver will take the start of Sunday’s race in the wheel tracks of pole man Lando Norris.

It will afford him a slipstream on the long run to the first braking zone at Turn 2 on the opening lap.

Despite that, Russell is pragmatic of his chances and knows his race is not with the likes of Norris, Carlos Sainz, and Lewis Hamilton among whom he starts.

“Many people have said in the past that third is the best place to start in Sochi,” Russell suggested.

“I won’t be doing anything crazy but if there’s an opportunity there tomorrow I’ll go for it.

“It’s going to be a very tricky race but I’ll be defending hard and picking my battles.

“We’ve got to look forward but also be realistic as we’ve got some very fast cars behind us.

“It’s not going to be easy but I will be doing my best.”

Team-mate Nicholas Latifi was classified 14th in the session but will start from the back following a power unit change for the Canadian.

Williams has scored points in three of the last four races, and sits eighth in the constructors’ championship.

The Russian Grand Prix gets underway at 22:00 AEST tonight.