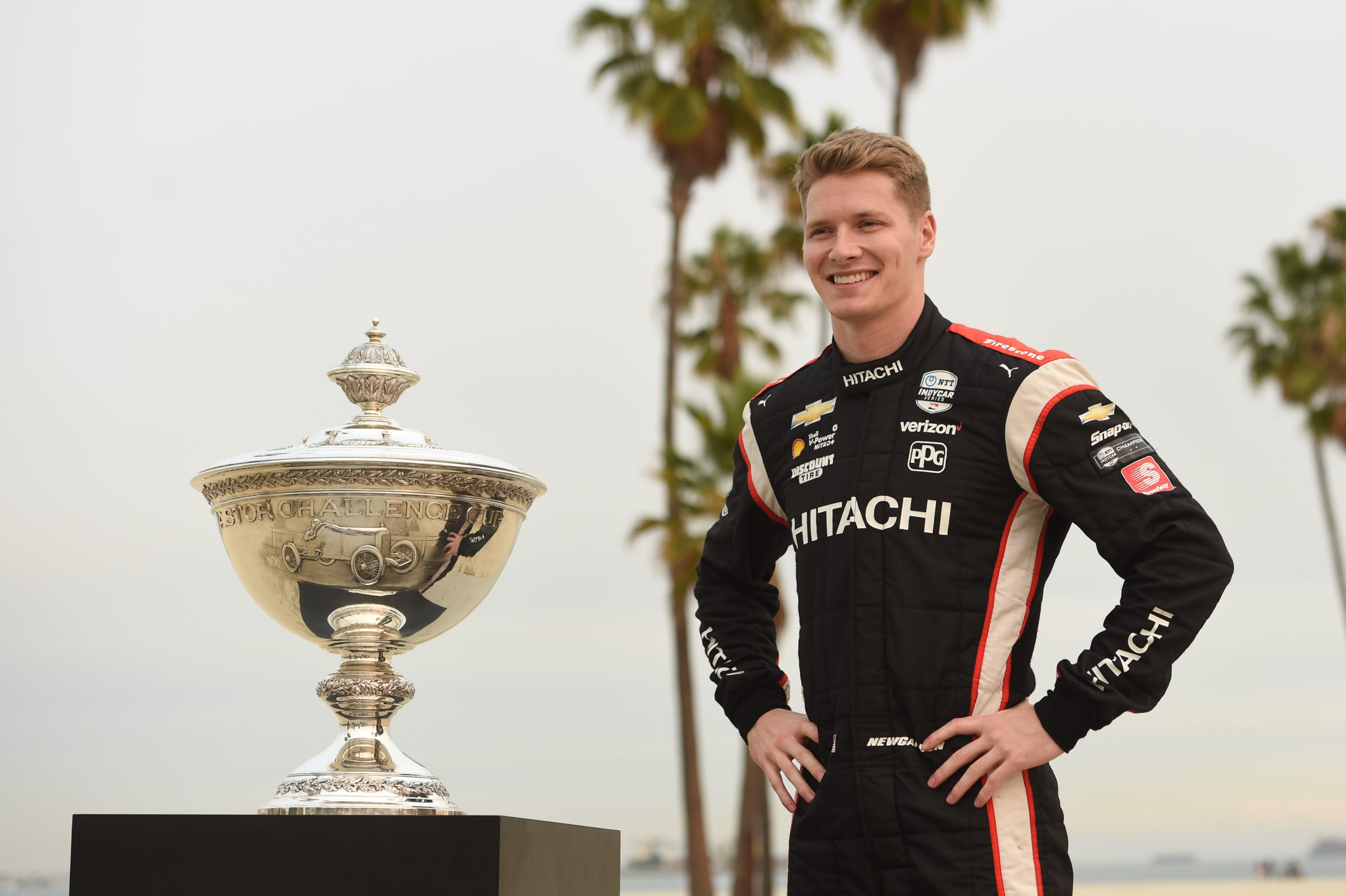 The Team Penske pilot improved his chances marginally today with a bonus point for pole position at the Grand Prix of Long Beach, bringing him within 47 points of series leader Alex Palou.

It’s a must-win situation for Newgarden, who has to hope Chip Ganassi Racing’s Palou and O’Ward of McLaren SP each have a disaster race come Sunday (local time).

It’s not an all that unfamiliar story for the United States’ most recent IndyCar Series winner, who was chasing down another Chip Ganassi Racing driver, Scott Dixon, last year for the title.

“I feel like I’m nearly dead,” Newgarden remarked after his fourth pole position of the season.

“Just put me out of my misery at this point. We’re, like, clinging to life.

“It’s a little bit, I don’t know, a hard place to be. We were in a similar situation last year.

“I just wished we were in a closer striking distance to Scott [last year]. We’re even worse than that this season. We’re just in it.

“Not much more to think about than trying to just go win the race. We did that last year at St. Pete.

“We approached it with ‘let’s focus on ourselves, try to win the race, see what happens’. We’ll do the same tomorrow and see where everything lands at the end of the day.”

Newgarden has had an up-and-down season to date. If not for technical gremlins while leading at Road America that saw him finish 21st, Newgarden would almost be on par with Palou.

The 30-year-old found himself in the thick of it in the mid-season, though some below-par qualifying performances in the latter half have meant he’s had to fight his way forward.

“Laguna was probably the most confusing,” Newgarden said.

“I felt like we had the car to beat going into Laguna. It just unravelled oddly on Saturday morning when we put red tyres on. Not a hundred percent sure what took place there.

“I think Portland we just got behind. It was sort of self-inflicting. Just didn’t keep up with the track, didn’t put it together.

“That happens at Portland. It’s so tight there, if you do that, you can get bounced out pretty quickly. That was more easy to understand, but no less difficult to realise.

“I think it was probably a combination of things at the [Indianapolis] GP weekend, but you just can’t have that.

“When you have 28 cars in the championship now, I mean, you can’t start back in 17th, 18th. It’s going to kill your day, especially when there’s nothing that happens in the race to help you.

“You’re really banking on at least some help somewhere to vault you to the top three. We can fight to fifth or seventh, that’s what we did, but to do much more than that you have to have an extraordinary day. Those are just really hard to come by nowadays with the parity in the series.

“The last two weekends were really, really odd. I’m so pleased to go into this off-season with something more normal and just feeling a little bit better about going into ‘22.”

Newgarden will start tomorrow’s 85-lapper from pole position, which starts at 05:30 (AEST).