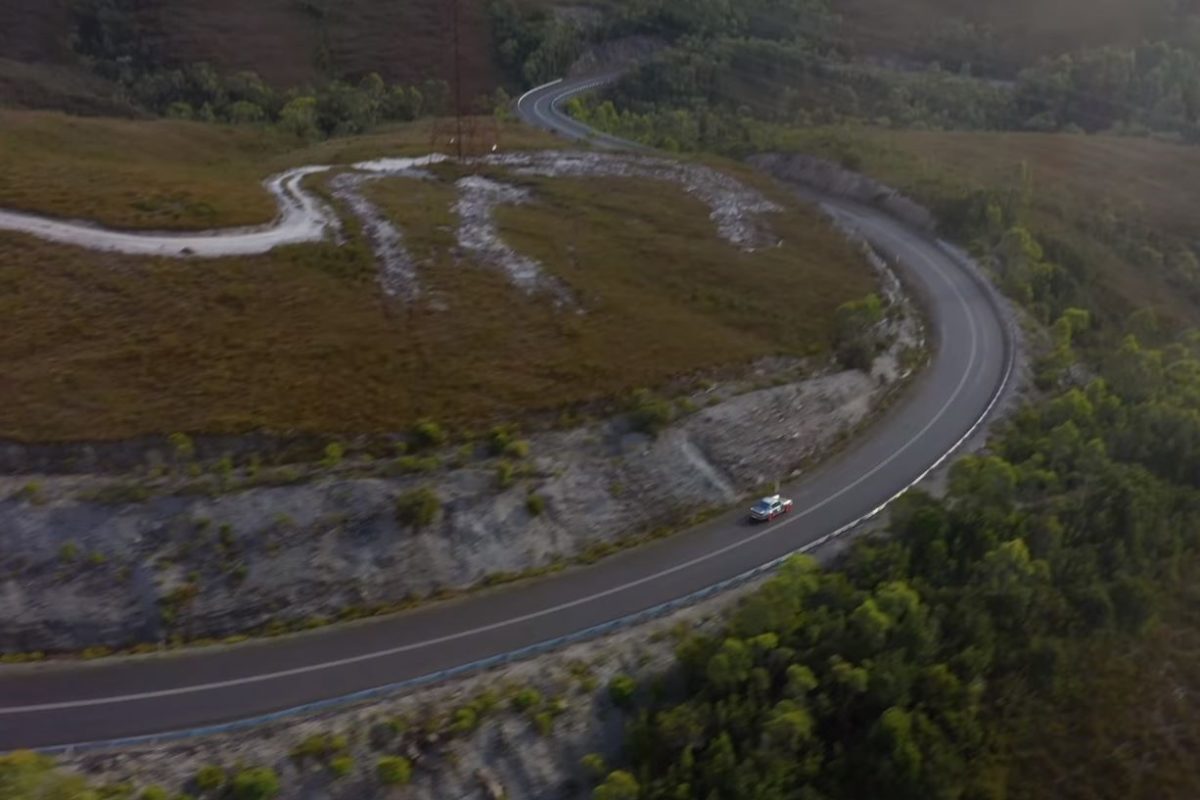 A new distress signal is among the recommendations aimed at preventing a repeat of the incident which took the life of Shane Navin in this year’s Targa Tasmania.

Navin lost control of his 1979 Mazda RX-7 on the Mt Arrowsmith stage and rolled into Double Barrel Creek, where his side of the car became fully submerged.

His death, and those of Leigh Mundy and Dennis Neagle in a crash on the following day’s Cygnet stage, led Motorsport Australia to commission an Investigatory Tribunal report which would look at all aspects of the incidents.

That Tribunal report, released just over a week ago, made 23 recommendations, all of which Motorsport Australia has committed to implementing by March 1, 2022.

While Navin’s accident, like that which killed Mundy and co-driver Neagle, was found to be in part a result of driver error/inexperience, the Tribunal also concluded that “a unique and rare occurrence of contributing factors … combined to result in a tragic and unfortunate fatality.”

It was also found that, short of the car not rolling into the creek in the first place, the tragic outcome could probably not have been avoided.

However, a series of unfortunate events meant that it took more than 30 minutes after the crash for assistance to actually arrive.

This story summarises the causes of and key recommendations relating to one of the two fatal incidents; for a story on the other, CLICK HERE

Onboard video evidence showed that Navin overcorrected an understeer event in Car #602, which occurred when the 68-year-old hit a bump in wet conditions.

The vehicle left the road at approximately 50km/h, hit an embankment, and came to rest on its roof around six metres below.

While several factors contributed to the crash itself, a particularly shocking finding was that almost 60 cars passed the scene but none of those crews attempted any sort of rescue.

As it turns out, a perfect storm had unfolded, which exposed deficiencies in various safety systems/protocols.

For one, the crew of the stricken vehicle was required to put out safety triangles and display the SOS/OK sign, with an ‘SOS’ obliging the next car to stop and render assistance.

In this case, while co-driver Glenn Evans was able to escape the vehicle, he had not brought the SOS/OK board up to the road with him. The Tribunal acknowledged, however, that he was in “an extremely stressful situation” and that he may have been unable to retrieve the board anyway.

The co-driver did wave at passing cars, but those crews misinterpreted the call for assistance as a gesture to keep going.

Safety procedures also require a crew to stop if they see a car stopped on stage without safety triangles and the SOS/OK sign on display, on the assumption that the crew of the stopped car might be trapped/injured.

In this case, Car #602 was not visible from the road, as it was several metres below in a creek.

As for the RallySafe unit in the car, the circumstances of the crash also created confusion.

Under RallySafe, the crew of a stopped car will be prompted to indicate whether ‘OK’ or needing assistance by pressing one of two buttons, and that signal repeats off the units in nearby cars.

Since no prompt was given by the crew of Car #602, a ‘Hazard’ signal should have been sent to the following cars.

However, ‘Hazard’ signals are regularly ignored due to the frequency of stopped cars.

In addition, because Car #602 had rolled, below the road surface, its external GPS antenna was facing down and the signal was only reaching cars just before they arrived at the scene.

Normally, it would be detected from approximately 200 metres away, meaning following crews would have been expecting the hazard to be further up the road than it actually was.

It is also common practice that there is a back-up system for RallySafe, yet the event had employed what the Tribunal referred to as “passive tracking”, rather than the more thorough ‘positive tracking’.

Ultimately, after a crash which occurred at 10:02, it was not until 10:34 that assistance was provided upon the arrival of the official ‘sweep’ car that runs through the stage at the end of competition.

It is important to note that, according to the Tribunal, “It is unlikely that effective intervention could have arrived in time, no matter what event systems were used.”

Furthermore, any number of actions, including but not limited to installation of roadside safety features and different driver behaviour, could have prevented the crash itself from occurring or being so dangerous in the first place.

Nevertheless, there are several recommendations in the report which relate to the #602 crash, the implementation of which could prevent tragedy in future.

Recommendation 15 is that a standard signal be agreed, such that a driver/co-driver/official can indicate to following cars that assistance is required.

Recommendation 21 is an improvement of event communications at Targa Tasmania, featuring at least the following:

Recommendation 22 is the use of positive tracking, which would mean that missing cars could be identified “within minutes”, independently of RallySafe, so long as SOS points are appropriately spaced.

Recommendation 23 is the documentation of a procedure for Rally Command to follow when a car becomes suspected as missing.

As for why the crash itself happened, sporting regulations and possibly even COVID-19 restrictions played a part.

Recommendation 10 is that competitors should be allowed four wet tyres, whereas regulations in 2021 stipulated a maximum of six tyres for the event. In the case of Car #602, the R-formula tyres it was riding on were “unsuitable for the cool … wet conditions and contributed to the loss of control.”

Recommendation 5 is that the route be varied from year to year, while Recommendation 20 is that crews using safety notes must declare that they have conducted a minimum of a single reconnaissance of each stage, at least if those crews are in unrestricted competition.

The crew of Car #602 had bought pacenotes, a not uncommon practice for tarmac rallies in Australia, and evidence suggested they did not conduct their own reconnaissance of the stage on which the crash occurred.

That Mt Arrowsmith stage is considered iconic, “probably due to its length and longevity”, the Tribunal reported, and thus the theory that complacency is a risk.

Additionally, Targa Australia submitted that a number of competitors were unable to enter the state beforehand to undertake their own reconnaissance, due to COVID-19 restrictions.

Recommendation 6 is a revision of the schedule such that driver fatigue can be better managed, while Recommendation 12 is that Motorsport Australia consider implementing a medical assessment before a licence to compete is granted. The Tribunal had concluded it likely that driver fatigue and lack of concentration contributed to the incident, possibly due to age, fitness, and event scheduling.

The Tribunal which made the above mentioned recommendations was comprised of three highly credentialled members of Australian motorsport, namely Garry Connelly AM, Matt Selley, and Neal Bates.

Connelly is the chair of the Australian Institute of Motorsport Safety and a Formula 1 steward; Selley is a lawyer, Supercars steward, and former rally competitor; and Bates won Targa Tasmania in 1995 as well as four Australian Rally Championship titles.

Motorsport Australia has provided the report to Tasmania’s Coroner and Police, while Targa Australia advises it had already implemented seven of the 13 recommendations which it believes require its response at the recently completed Targa Great Barrier Reef event.